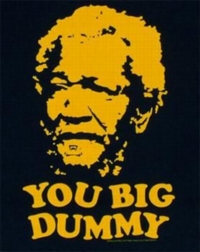 July 21, 2013 ~ I always marvel at how certain things come to me and how they fit together even though on first glance they don’t seem to have anything in common.

We have all this race baiting and instigating taking place in America… and we have millions pouring in to this nation eating out our sustenance…. At first glance one wouldn’t see the connection but then a second look and it all comes together…

“We must realize that our party’s most powerful weapon is racial tension. By propounding into the consciousness of the dark races that for centuries they have been oppressed by the whites, we can mould them to the program of the Communist Party. In America we will aim for subtle victory. While inflaming the Negro minority against the whites, we will endeavor to install in the whites a guilt complex for their exploitation of the Negroes. We will aid the Negroes to rise in prominence in every walk of life, in the professions and in the world of sports and entertainment. With this prestige, the Negro will be able to intermarry with the whites and begin a process which will deliver America to our cause.” – (Israel Cohen, A Racial Program For The 20th Century (1912) quoted by Congressman Abernathy, Congressional Record (1957), p. 8559)

1 thought on “Juntti: A Racial Program For The 20th Century”