Was the Occupy Movement of 2011 a precursor to what we are now witnessing with ANTIFA and BLM?

What you are about to read was written and published on November 22, 2011. We are now in the early days of March 2021 and the writings of Joel S. Hirschhorn were as prophetic as could have been. We are bringing it back to the front once more. ~ Ed. 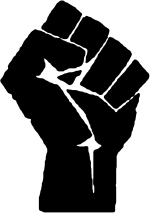 November 22, 2011 ~ History tells us that it is nearly impossible to know in real time whether some kind of national, grassroots public protest ends up being the beginning of a true revolution against a ruling government system. This is true for the earliest beginnings of the revolt against the British that produced the successful American Revolution and the creation of the US. The British at the time surely thought that they could retain power and control. More recently, the revolts in Egypt, Tunisia and Libya certainly could not be accurately perceived in their earliest stages as likely to topple well established dictatorships wielding incredible and cruel power. Even now, the rebellious actions in Syria are not widely seen as surely resulting in successful revolution.

My central point is that the Occupy movement in the US offers the possibility of being seen, eventually, as the seed of a successful Second American Revolution, which I and many others believe is desperately needed to fix our corrupt, dysfunctional and unfair government, political and economic system.

What are the main similarities among successful revolutions?

At the beginning of ultimately successful revolutions the focus is almost entirely on what the rebels oppose and only in the most general terms what they want instead. What rebels are always against is some form of tyranny that takes the form of repressed freedoms and economic pain for most ordinary people. In other words, it is clear at the beginning what causes citizen anger and passion; what is intolerable and far less on the exact changes in the nations political and government system most desired. Mostly what is being fought for is either a true democracy or a better one, a system where elections are open and free and really matter, where status quo powers can be replaced. The more you think about it, the more sense it makes for nascent rebels taking great risks to have a single minded focus on what is wrong, unjust, corrupt or just plain evil in order to build wide public support for fighting a powerful, oppressive government.

Second, despite various forms of peaceful protests at the beginning, history tells us that violence usually becomes crucial for successful overthrow of a hated political system. More pointedly, violence is usually precipitated by violent actions of the existing regime against early peaceful protestors which then causes rebels to also become increasingly violent, even though they may have few weapons to match what the reigning government has. Relying on civil disobedience alone has rarely been sufficient, with a few notable exceptions. But even though India and South Africa may come to mind it is easy to forget that violence was practiced by the then reigning governments against protestors and their leaders, especially imprisonment. That the protestors seeking fundamental reforms do not become citizen armies but nevertheless ultimately become successful in overthrowing oppressive regimes should be seen more as the exception than the rule. In other words, violence is sometimes one-sided, but still is an essential part of the revolution process, in large part because it motivates not only more widespread public support, but often international support, including economic sanctions, for achieving the central goal of the rebellious protest movement.

Third, what follows successful revolution is usually messy, chaotic and painful, in great measure because entirely new, effective democratic systems must be created to replace what previously was used to implement political and economic injustice. Even in the case of the American Revolution, it took quite some time to actually create a new government system (including an early constitution that was ultimately deemed a failure and replaced). Presently, the renewed violence in Egypt by both the military controlled government and the same rebels that overthrew the Mubarak dictatorship testifies to the considerable difficulty in establishing a true functioning and stable democracy. Ditto for what we see in Libya. And many would say that Russia has not achieved a first class democracy despite the downfall of the Soviet Union. The point is that it is best to think of two-stage revolutions, beginning with attacking the status quo, oppressive government and second creating a better system to replace it. Nevertheless, we can conclude at some point that a revolution has been successful, merely on the basis of a successful first stage, letting time tell whether it becomes fully successful.

Apply this thinking to the current Occupy movement in the US. What can we assess? First, the Occupy movement has been focused on what is wrong with the US, principally economic injustice, and unfair wealth of the top one percent to the detriment of the 99 percent. The focus on the terrible actions of the Wall Street, banking and whole financial sector that has wrecked the economy and the failure of government to punish the guilty and truly fix the economic system makes perfect sense. Economic inequality is the target. The Occupy movement clearly is against the status quo establishment, political parties that are both controlled by financial interests that manipulate the government and economy to benefit the few. The Occupy protestors want to replace what they see as a system that no longer serves the overwhelming majority of Americans.

Second, it has become increasingly clear that mostly one-sided violence has emerged, with local police forces using violence and even anti-constitutional means in attempts to kill the Occupy movement. Civil disobedience has been attacked with violence; free speech has been attacked; media access has often been prevented. What is most interesting is that, unlike other revolutions around the world, it is not the national government using violence against this protest movement, but rather local police such as that widely seen in New York City. Mayors seem to have taken the lead in protecting the status quo against the public distrust, dissatisfaction and disgust with the prevailing political and economic system. Occupy means disrupting, and local governments are fighting back.

Third, even though it certainly is unclear whether the Occupy movement will turn out to be the beginning of a successful two-stage revolution, we cannot rule it out. It is important to understand that about one-third of the US population has been experiencing great personal pain produced by many failures of the system, including those losing their homes and jobs, those experiencing hunger and poor health care, and those unable to find any financial security despite hard work or incurring debt for college educations. However, the top 20 percent of Americans, not merely the top one percent, or some 60 million Americans are not suffering; they benefit from the corrupt, unfair system. What is uncertain is whether the Occupy movement can expand its public participation and support to reach a large majority of Americans.

Here is some basis for optimism about the ultimate success of the Occupy movement.

A new report by the Pew Research Centers Global Attitudes Project asked Americans if they agreed with the statement our people are not perfect but our culture is superior to others. Only 49 percent agreed, compared to 60 percent in 2002, the first time that Pew asked the question. That shows the malarkey about American exceptionalism, especially from conservatives, is being recognized. Notably, among young people (those ages 18 to 29), the percentage who believed that their culture was superior was lower than young citizens of Germany, Spain and Britain.

Besides all the findings that Congress only has 9 percent public support, it is even more important to recognize that Americans do not feel very positive about their country. A Time Magazine/Abt SRBI poll conducted last month found that 71 percent of Americans believed that our position in the world has declined in the past few years.

Add to this that an NBC News/Wall Street Journal survey conducted earlier this month found that beyond current hardships most Americans see their nation at the start of a longer-term decline where the U.S. is no longer the leading country in the world. There is no rational basis for being optimistic about what the president or Congress will accomplish.

There is, in fact, enormous public support for addressing both political dysfunction of the two-party plutocracy, economic inequality, money in politics and a host of other public grievances.

James B. Stewart wrote a timely article An Uprising With Plenty of Potential that offers an optimistic view of the Occupy movement. And David Carr has also offered an excellent analysis of the future of the movement. Two leaders of the Occupy movement have also presented an important analysis worth your time, including this view Occupy was born because we the people feel that our country and our economy are moving precipitously in the wrong direction; that America has evolved into a kind of corporate oligarchic state, a corporatocracy; and yes, that what is needed is a regime change. For a great history of the Occupy movement read this. The role of the media in the Occupy movement has also been assessed and because I spent time at the Occupy Wall Street activity I know how inaccurate many media reports have been. The mighty effort at takemoneyout.com is worth supporting as well as numerous efforts to get the first Article V convention.

Every American should use critical thinking to not only follow the Occupy movement but explicitly decide whether it is the seed capable of producing a Second American Revolution that truly reforms what is now a delusional democracy with delusional prosperity. For sure, voting for or against Democrats or Republicans will not suffice.

~ The Author ~
Joel S. Hirschhorn is the author of Sprawl Kills – How Blandburbs Steal Your Time, Health and Money and Delusional Democracy – Fixing the Republic Without Overthrowing the Government. He is a former Director of Environment, Energy and Natural Resources at the National Governors Association and a senior staffer for the U.S. Congress.