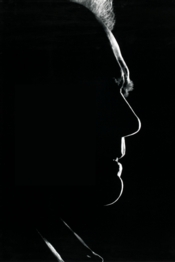 January 11, 2009 ~ I saw a movie last night, and today I feel like the main character in the film. Walter is a veteran of the Korean War, just buried his wife of 45 years, has no relationship with his two grown, married sons, and doesn’t know his grandchildren – all of who are waiting for him to croak, so that can get what’s theirs – or his. He hates, ‘Zipperhead’s, ‘Gook’s, ‘Slopes’ and ‘Buddha-heads’. He has no tolerance for most ethnic peoples – including 3 ‘spooks,’ with whom he has an altercation, while defending his next door neighbor – a ‘Gook.’ I didn”t sleep well.

The year is 1972, and life was simpler for my wife and I. We lived in a small, third-story walk-up at the far Northern border of Chicago, in Roger’s Park just before the bend that took us past Calvary Cemetery leading into Evanston. Our bedroom window overlooked the parking lot of the next complex, with a view of a beach the shore of Lake Michigan. Each weekend, we could go down to the beach, and the Hare Krishna’s always had a pot of free ‘veggie stew’ to offer. They had taken over a massive old apartment building called “The Yacht Club,” which was at the south end of the beach. Later that year, we bought our first home.

Richard Nixon was still in the White House, and in the midst of his re-election campaign. Watergate was simply a hotel in Washington, DC. Richard J. Daley still ran “the City that Works. I believe that this was the year that, upon being questioned by a reporter about an insurance contract being awarded by the City to his son’s firm, Daley calmly stated, “What father wouldn’t try to help his son.?”, whereupon  ‘Hizzoner’‘ turned his backside to the press and showed a piece of Mistletoe hanging from his belt. Now his punk kid is the Mayor – and the City no longer works, but the politics of Chicaga still makes Kings of lesser personages. In 1972, I drove a Super Beetle and the Gran Torino had been given a facelift in Detroit.

Back to the Future – Walter Kowalski, a retired Ford assemblyman, has become an angry old man, disillusioned by the Church (Catholic), the loss of his wife and the fact that his son drives a ‘Jap’ car. He killed mercilessly in Korea and outwardly, doesn’t seem affected, but as the film progresses, we find that it bothers him more than he realized, as he tells his new young, ‘Zipperhead’ friend, “You don’t want to know what it’s like to kill.”

He is the last holdout in a neighborhood that was once populated with other factory workers from the plant – people, who in absence, he still cusses out for having sold out to the ‘Gooks.’ The homes in the neighborhood are in a sad state of disrepair and the ‘Spics’ and the ‘Buddha-heads’ are at war. When the gangs come on to his property, at the point of a gun, they are told, “Get off my lawn!”

I won’t share with you the rest of the film. It’s too powerful, and for some – a surprise ending, but suffice it to say – it’s one of the best films of Eastwood’s career. Although the critics have billed it as “vintage Eastwood” – it’s not. It’s mature Eastwood, in a way you don’t expect. Eastwood has grown as a filmmaker – both behind the camera and as an actor. He has become – in many respects – the conscience of our times.

This film, depicts more than other in recent times, the duopolistic prejudice of both Walt and his Huong neighbors. In an early scene, while looking in disdain at an old woman sitting on her porch, Walt mumbles to himself, his apparent dissatisfaction of his ‘Zipperhead’ neighbors, he spits his ‘chew’ on the ground. The grandmother of the Huong family sits on her porch, looking back at him with equal disdain, speaking in her native tongue – asks him, “Why don’t you get out of the neighborhood?” – and spits an even bigger wad of ‘chew.’ Neither one trusts, nor cares for the other one. We laugh as we watch the scene – but I suspect the laughter to be one of discomfort, because we all know the feeling too well.

Like Kowaski, I have aged into anger. I am angry, that a nation no longer honors our war veterans – instead, leaving them to die slow, painful deaths, whether from physical maladies or mental and emotional stress – all the time sending them to fight in other people’s wars. I am angry that I fought in a war, that I now know was not fought to stop Communism in its tracks – but to further the interests of big business and the Global Cabal. I am angry that American businesses have been extended tax credits, in order to move manufacturing plants overseas, while employing cheap labor – and putting Americans out of work. Today, Walt’s beloved Gran Torino would be built in Mexico. 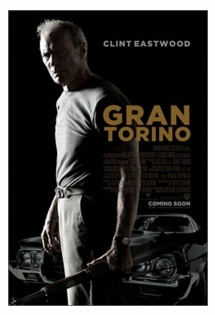 I am angry, that our borders have remained unguarded, and open to all comers, whether ‘Spic,’ ‘Wetback,’ ‘Mick,’ ‘Wop,’ ‘Zipperhead,’ ‘Chink,’ ‘Gook,’ ‘Slopehead,’ or whatever. For each of these peoples, their history and heritage is long and storied, and in all cases, far older than that of ‘America’. I believe in one’s desire to migrate to the united States – but in the proper fashion – NOT by breaking and entering through the back door, coming here with the DEMANDS, which in many cases would be answered at the point of a gun in their own lands. I am angry, that many of the invaders coming to America – albeit looking to improve their lives – are willing to work for next to nothing – undercutting, what constitutes a livable wage for those Americans, who have been displaced in the work-force.

“O Solo Me-o” – Although angry at the ongoing invasion, unlike Walter, I have a respect for those, who come to this country and work hard to truly better their lives – in many cases – bringing with them, their customs and beliefs, like Kowalski’s neighbors, Thao and Sue, and their extended family. I have respect for those, who – not only through work ethic – but through tenacity – focus their energy on education – all for the betterment of the family as a whole. For the most part, we spoiled, angry Americans have become an operatic society, with a “me, me, me” attitude toward life – and yet – I understand the anger, the self-pity, the sense that, something isn’t right, that much has been taken away from us.

I once heard a statement (In a movie of course) that, “One man’s terrorist is another man’s freedom fighter.” In that same sense, there are those, who realize that much of our freedom has been stripped from America today, through Executive Order and legislation, such as the Patriot Act. Yet, many of those entering the united States (legally or otherwise), find greater degrees of freedom here, than in their own lands, hence – “Once man’s slavery is another man’s freedom.”

Aliens and immigrants seem to have greater freedom in America today, than those of us born here, or those who became citizens in the legal and proper manner. Through programs like, ‘Affirmative Action’ and ‘No Child Left Behind’ (which was really designed to assist the children of illegal aliens), and the forced ‘diversity’ training within our schools, in addition to the preferential financial arrangements given to immigrants of all flavors – Americans are taking it in the shorts. And the illegals are still invading… and like the neighbors in the film, the invaders take no pride in where they live. Their homes and properties are allowed to decline into a state of disrepair.

So, do you really believe that ‘Moses’ will deliver us into prosperity? Let those people go – or more specifically – send them home!

God damned right I am angry.