… isn’t as complicated as the politicians try to make it to be. 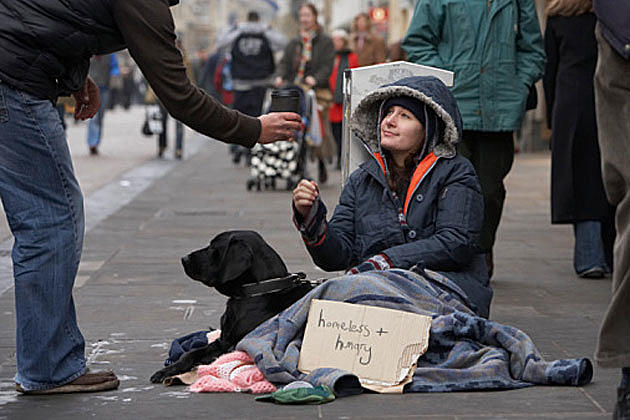 The news is filled with reports of the *homeless camps* under and around every freeway, street, park and even on the sidewalks in city centers. Politicians are making great haste to designate huge amounts of money to provide *housing* for the Homeless. The big push here in Washington is for those Tiny Houses (which have to be located on some property). or to build apartment housing for them. This might get some of them off the streets but it totally fails to address the underlying problem of drug addiction and or mental impairment and it also leaves a bunch of them still on the streets.

I remember all too well when Pres. Reagan opened the doors to release the patients of the asylums. I said at the time that this was going to create much bigger problems than anyone thought.

It is time to bring back THE ASYLUMS and rename them as “Homeless Housing for (mentally impaired – drug addicted – disabled)”. Then staff those facilities with professionals who know how to treat the mentally impaired , the drug addicted, etc. These should be secured facilities that prevent the inmates/patients from walking out if they feel like it.

The money spent as being proposed right now will just continue the present problem of street homeless camps, littered with used needles and other drug paraphernalia, mentally ill attacking others, thefts. rapes, or any of the other crimes being committed – all of which the police and jails can’t deal with.

The Lesbian mayor of Seattle and the Far Left Gov . of Washington are calling for massive funds to *deal with the homeless problem* – none of which actually DEAL WITH THE PROBLEM but it makes them look like they are doing so. It is the typical political solution to everything – just throw lots of money at the problem – do not work to resolve the CAUSE of the problem.

Instead of leaving them on the streets in the Tiny houses and other temporary housing let’s build the structures (fka asylums) that will not only *house* them but will provide the professional treatment they need to deal with the reason they have been *homeless*.

If we are going to spend the massive amounts of TAX money to house the Homeless then let’s make sure they are not only *housed* but provided TREATMENT to overcome their underlying problems. Trade being Homeless to being a productive citizen.

The private charity organizations are already doing a great deal to assist those who need a place to sleep, shower, and get training that will equip them for a good paying job. The successful programs could be duplicated by government agencies. This group of homeless is far different than the drug addicted and the mentally impaired bunch.

I hope this brief outline will get many of you thinking and contacting your political representatives to look to this as a better solution to solving the *homeless problem*.

There are many vacant large buildings (shopping malls) due to the closing of major stores that could be remodeled to get an early start on my idea of *Homeless Housing for (insert reason)*.

Most all my life I have been a strong advocate to go to the ROOT of a problem and deal with it from that point as simply treating the surface symptoms never RESOLVES the PROBLEM.

Most politicians don’t think of CURE – they think of MONEY – how to tax for more and how to spend it to ‘appear’ to be doing their job. Band-Aids do not stop massive bleeding – they only appear to do so but the BLEEDING continues.