Here is MORE proof that these openly ANTI-AMERICAN people need to be arrested, prosecuted, imprisoned, and then after they serve their “life” sentences with no parole their remains need to be deported. 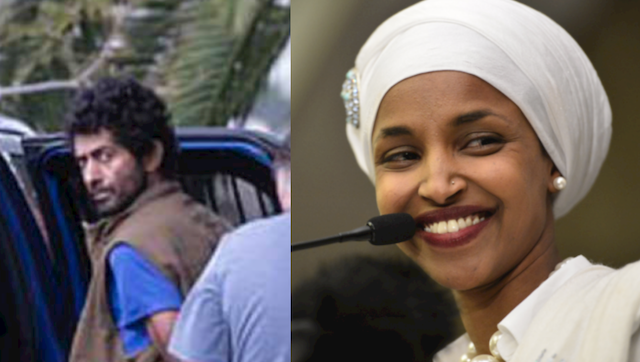 This particular female proves day in and day out she is here to destroy this nation and all in it in any way she can do it. She isn’t really any different than the Iranian terrorist that was just taken out. That one was a *guest* in the White House when Obama occupied it. Omar is a planted politician who was voted in by the transplants in Minnesota. Giving the VOTE to these foreign transplants is no different than giving IED’s to them. The so called REFUGEE resettlement program has turned out to be the open door to foreign terrorists. We need to cease bringing in and supporting these people as they are the tools of the army sent to destroy America from Within. If they don’t want the government in the country they come from then they need to CHANGE IT THERE…. not come here and destroy our country.

Omar has been found guilty of so many criminal acts – WHY is she still holding any political office much less not sitting in a jail cell?????????