It’s More Than Opinion! – Rebuttal from an Angry Patriot 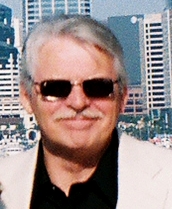 The calendar has officially rolled over to another year. Who knows what evil lurks in the minds of man? During 2001, the world found out, just how evil man could be. Was it a result of American foreign policy and our involvement in the Middle East? Or was it the diabolical plan of a crazed “religious” fanatic and zealot? Only history will bear out the truth for the World to see.

For many of us broadcasting on the alternative media – we have remained hard hitting on issues, which we believe are highly pertinent in our day and time. These issues include education, property rights, tyranny by government, government out of the control of the people, moral decay and rot, tax and sovereignty issues, a deeper drift into Socialism, the breakup of the family, protection of children and families, treason in high places of our government, cover-ups and conspiracies within the government itself, in addition to a sundry of other choice subjects.

Predictably, many of us have been accused of being anti-government. In response to those accusations, I must say: To the best of our ability, we are reporting the truth. Are the people making these claims against us listening to us, and to our programs on a regular basis? Do they take a serious look at what we are reporting and is the information confirmable from other sources? If what we are reporting is true, is it a matter of concern to our detractors?

The people who broadcast on the alternative media or speak out all across this great land, are for the most part volunteers. It is a lot of hard work. There”s not a one who would be doing this job if they weren’t concerned and held the belief, that in some minuscule way, they might be able to reverse the downhill slide of this wonderful nation and restore its former austerity before God and before the world.

We are not anti-government. This could not be farther from the truth. We are however. anti-corrupt government. Each of us stands for the intent of the Constitution of the United States, the Bill of Rights, and all of the Amendments thereof.

This commentator spent 4 1/2 years in the military service of this nation, two of which were spent in Viet Nam in an unpopular and unholy police action, however I swore to uphold the Constitution and guard it from all enemies, foreign and domestic. When I left the service in 1970, it did not mean that my obligation to this nation had ended.

Any American out there that doesn”t believe that we have serious corruption in government today, need to get their head out of their – sand box – and look around. With the disintegration of the family in this nation, problems relating to abuse of children, juvenile and adult crime and many more woes will increase instead of decrease.

Sow to the wind and reap the whirlwind.

With these thoughts in mind, Kettle Moraine Productions, through its programming and this web-site, dedicates itself to exercising those rights bestowed upon us by our Constitution: Freedom of Speech and Freedom of the Press. Thereby, we hope that, in the end, what we do shall be constructive and will lead to a better world in which future generations will live . . . and to the Republic – which must always stand! 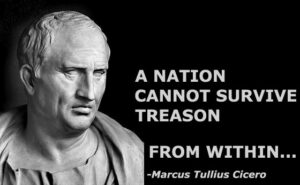 “A nation can survive its fools, and even the ambitious. But it cannot survive treason from within. An enemy at the gates is less formidable, for he is known and he carries his banners openly. But the traitor moves among those within the gate freely, his sly whispers rustling through all the alleys, heard in the very halls of government itself.”

“For the traitor appears no traitor; he speaks in accents familiar to his victims, and he wears their face and their garments, and he appeals to the baseness that lies deep in the hearts of all men. He rots the soul of a nation; he works secretly and unknown in the night to undermine the pillars of a city; he infects the body politic so that it can no longer resist. A murderer is less to be feared.” ~ Marcus Tullius Cicero, Roman statesman, orator, & philosopher, 106 – 43 B.C.

Originally published on the first generation Federal Observer on January 1, 2002.