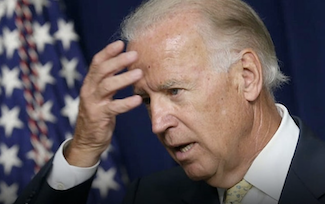 In another troubling sign the Biden administration views distrusting American citizens as dangerous and subversive, the public learned this week the FBI has been reading private Facebook posts, and labeling the writer a domestic terrorist threat, if you questioned the 2020 presidential election. Those comments then earned the Facebook user his or her own investigation by their own disapproving government.

In an exclusive story published this week, The New York Post quotes Department of Justice whistleblowers who describe a 19-month operation in which a Facebook employee secretly sent online messages to the FBI if the author complained about their government – specifically if they questioned if Joe Biden legally defeated Donald Trump.

The whistle-blowing allegation only gets more stomach-churning from there: Those social media comments were sent straight to the FBI’s domestic terror unit headquartered in Washington, D.C. From there that key central office forwarded the red-flagged comment to a local FBI office, where a subpoena was issued by the U.S. Attorney’s Office to read and review other messages by the author.

“They were gun-toting, red-blooded Americans [who were] angry after the election and shooting off their mouths and talking about staging protests,” a whistleblower told the Post. “There was nothing criminal, nothing about violence or massacring or assassinating anyone.”

Not one of those investigations led to an arrest of anyone for domestic terrorism, the whistleblowers advised, but every person investigated was a “right-wing” individual.

“It was done outside the legal process,” one of the DOJ sources told Post reporter Miranda Devine, “and without probable cause.”

Reacting to the troublesome story, AFR show host Sandy Rios tells AFN that spying on and investigating Americans over their First Amendment-protected views represents an uneasy decision by the Democratic Party.

“Never in my lifetime have we been at a place,” she warns, “when the people across the aisle from us politically would call us enemies of the state – domestic terrorists – that must be destroyed.”

On his own AFR show, after describing the whistleblowers’ accusations to listeners, attorney Abraham Hamilton III pointed out how the Department of Justice used its law enforcement resources to investigate a person’s unwelcome opinion without obtaining a subpoena. Each time the FBI did that, explained Hamilton, himself a former assistant district attorney, our own Department of Justice violated a person’s First Amendment right to free speech and the Fourth Amendment right to privacy and freedom from unreasonable searches and seizures.

“I graduated law school in 2006,” he said. “I could not and did not imagine that we would be in a place where we are now in our country, where you literally have an official government apparatus being turned against the American people.” 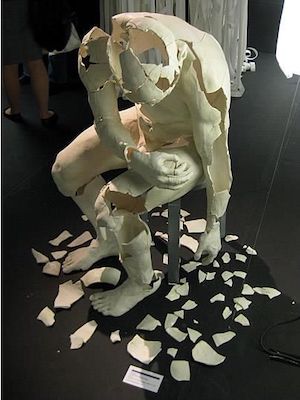 The Nation is Crumbling

Yet the American people are witnessing a new reality unfold right in front of them. AFN reported in an August 1 story that other FBI whistleblowers came forward after they were ordered to literally invent domestic terrorism cases across the country, which would then justify the DOJ’s stated concern for public safety.

Earlier this year, parents of school-aged children witnessed their own federal government sic the FBI on them if they behaved unruly at school board meetings. Amazingly, the DOJ’s own announcement at the time stated it planned to bring together three DOJ divisions, the U.S. Attorney’s Office, and the FBI to form a task force.

Washington Times columnist Robert Knight tells AFN he knows there are patriotic FBI agents within the agency, which is apparent by whistleblowers coming forward, but the top leadership has been proven to be corrupt and incapable of defending the U.S. Constitution, and they have to be removed.

“We need to recover the idea,” he says, “that Americans must be free from big government scrutiny.”

Attempting to frame the situation for the radio audience, Hamilton said America is not heading toward dangerous political territory, such as China and its freedom-crushing authoritarian government and Germany under the murderous Nazi regime.