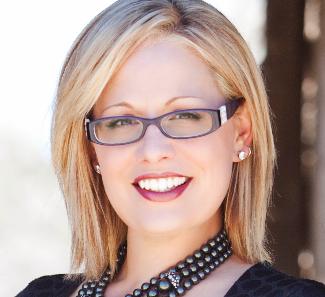 NOTE: I am shocked… SHOCKED mind you. Never in my life did I ever believe that I would be posting another column about Kris T. Enema – I mean, I mean… Arizona’s Kyrsten Sinema. There was only one time… and it was on October 27, 2018. My – how things have changed… Or have they? The following has been written by a former U.S. Representative from Arizona (1995-2007) who I was privileged to meet twice – once in DC quite by accident at the FOX News studio, and the second time just two weeks later on Bell Road in Phoenix while we were getting ready to go to a hockey game that our son was playing in. As we walked into a store to pick up some drinks and snacks for the game, I heard a loud holler from across the store – “JEFF – how are you?” J.D. – what a guy!  ~ Editor

Whoever said that “presidential politics is two-thirds theater” and that the White House is a grand stage should have taken a closer look at the other end of Pennsylvania Avenue.

There, on Capitol Hill, sits an institution called the “world’s greatest deliberative body” by some and the “world’s most exclusive club” by others.

You know it best by its proper name: the U.S. Senate.

Among the 100 who serve are more than a handful who readily embrace the spectacle, pomp and prestige that comes with the title of “senator.”

The late Robert C. Byrd of West Virginia often spoke of the Senate as if he had confused both time and place. That was not due to diminished cognitive skills, though his Senate service spanned more than a half-century and concluded with his death in 2010. Instead, it was due to his inflated sense of status about both the institution and his own reputation there.

Byrd would employ his photographic memory and excessive sense of self-worth to recount episodes of political antiquity from the Roman Senate, creating word pictures recalling a group clad in togas, philosophizing and filibustering. That “Byrd’s-eye” view was cinematic in scope — a combination of “Ben-Hur,” “Gladiator” and (surprisingly — or not) “Animal House.”

A cinematic Senate? Better check the spelling… It’s really a “Sinematic Senate” these days, courtesy of Arizona’s Kyrsten Sinema. She came into the chamber with her own sense of Hollywood fashion and attitude, wearing thigh-high boots like Jane Fonda’s “Barbarella,” employing a persona akin to Sigourney Weaver in “Alien” and, most recently, enacting a controversial high-finance provision that would warm the cold, calculating heart of Michael Douglas as Gordon Gekko in “Wall Street.”

Sinema named a price for supporting Joe Biden’s inaccurately named Inflation Reduction Act, insisting on lower taxes — not for everyday Americans, but for the rich and famous.

“Sinema took Wall Street money while killing tax on investors,” reads the headline from the Aug. 13 article written by the AP’s Brian Slodysko, and prospective opponents read it as a real opportunity — including possible opponents from within Sinema’s own party.

While the Washington Press Corps is excessively accommodating to Democrats, most political reporters are somewhat befuddled by Arizona’s senior senator and the mega dollars stuffed into her political war chest by hedge fund managers and their ultra-wealthy associates.

Of course, the perceptions of a partisan press aren’t as important to Sinema’s political viability as are the reactions of the folks back home… and it is readily apparent that what Washington might collectively regard as Kyrsten’s “LBJ moment” isn’t a good look for her at all in Arizona.

What’s good for Wall Street is not necessarily good for Main Street or for your street… and it is absolutely objectionable on most streets within the city limits of Flagstaff, Tempe and Tucson.

But it isn’t just the indoctrinated as opposed to educated from our state-supported universities who take umbrage; concern is also found among those from the School of Hard Knocks, who have invested their own sweat equity in “bootstrap” businesses and “mom-and-pop” enterprises, only to see a Sinema-sponsored provision eliminate a proposed “carried interest” tax increase on well-heeled and passive private equity investors. So the high-finance crowd will enjoy a $35 billion exemption that won’t exempt other corporations… or several small businesses.

The recent AP article invites Arizonans of every political stripe to “connect the dots.”

“Sinema has long aligned herself with the interests of private equity, hedge funds and venture capital, helping her net at least $1.5 million in campaign contributions since she was elected to the House a decade ago. But the $983,000 she has collected since last summer more than doubled what the industry donated to her during all of her preceding years in Congress combined…”

Sinema is comfortable collecting all that cash, because she considers it a “wise investment” that will help her stay in the Senate. Besides, the Democrat leadership there won’t desert her in the event of an intraparty challenge back home.

Talk is cheap… mounting a successful challenge to an incumbent senator isn’t. 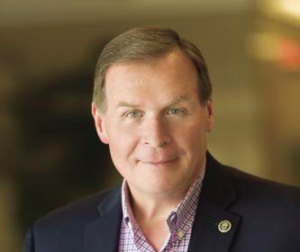 Right now there’s a lot of chatter surrounding Rep. Ruben Gallego and the predictable progressive posturing featured on the thinning pages of The Arizona Republic… but when push comes to shove, will Congressman Gallego give up a safe seat in the House for a high-risk Senate run?

Sinema will face a strong Republican challenge in 2024, but over the next two years, she will try to embody the predictable title of yet another Hollywood production.