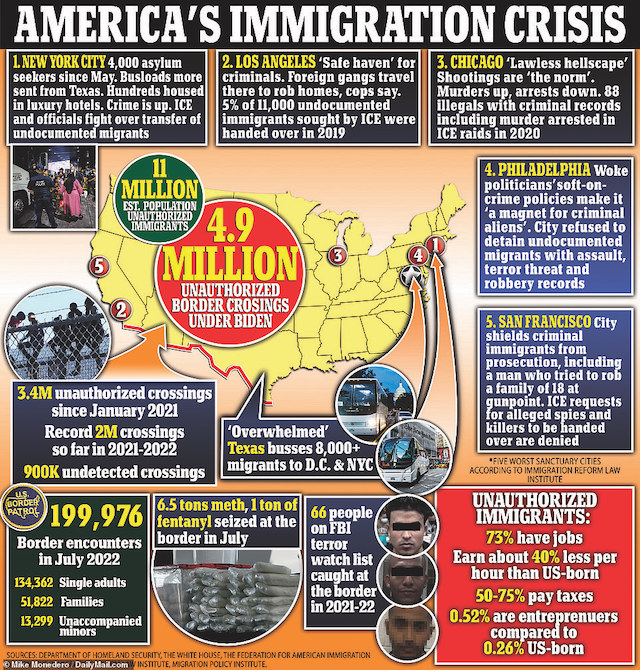 An in-depth analysis reveals the impact of 4.9 MILLION illegal border crossings since Biden took office — as the U.S.’s WORST sanctuary cities are named and shamed.

The Federation for American Immigration Reform (FAIR) says the record flow of people into the U.S. since Biden’s inauguration includes 3.4 million crossings at the southwest border and 900,000 others who slipped in there undetected… (Continue to full article)