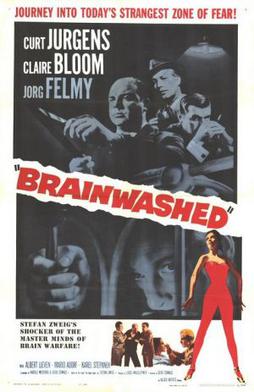 White liberals have succeeded in brainwashing Americans into ignorance. White liberals have been so successful that schools are dedicated to erasing history instead of teaching it. For example, South Orange New Jersey has rid itself of association with Thomas Jefferson by renaming Jefferson Elementary school Delia Bolden Elementary School in honor of the first black woman from that area to graduate from high school. According to the school, both the students and faculty led the fight to disassociate from Thomas Jefferson. School board member Qawi Telesford said the reason is that Jefferson owned slaves.

There was nothing Thomas Jefferson or anyone else could have done about it. Turn them loose, you say. Examine what you are saying. 18th century slave owners, such as Jefferson, were not responsible for slavery. It was the existing labor institution into which they were born. Economists will tell you that the price of a slave was the present value of his lifetime wages. Having paid these wages in the slave’s price, how were agricultural producers to pay it a second time by freeing slaves and then hiring them back as workers?

If the US then had the high revenues or money creating capability of today, the government could have compensated owners for the value of the slaves, thus providing a bucket of money for wages with which to reemploy the slaves. Without compensation, the plantations would be confiscated of a work force and without a work force would have to close down. The freed slaves would have no means of subsistence. It is likely that the cost of what is called incorrectly a “civil war” greatly exceeded the cost of compensating slave owners. But, of course, the war was not about slavery. It was about forcing the South to pay the tariff on which the development of Northern industry depended. As President Lincoln said, the South can have slavery forever if they consent to staying in the Union and paying the tariff.

As a result of the takeover of education by ideologues, the level of ignorance in the US is so high that people actually believe that slave owners enslaved the blacks. That is not the case. The blacks arrived in what later became the US already enslaved. They were enslaved by the black king of Dahomey, whose successful slave wars fed captured blacks into the slave trade.

In American universities and public schools ignorant hatred has displaced objective learning. The only facts are the invented ones that support the false narratives. Truth has been kicked out of American education which today consists of little but anti-white rants.

During the slavery era not only did blacks in Africa own black slaves, but also free blacks in America owned black slaves. So did the Cherokee Indians who took their black slaves with them on the Trail of Tears when the federal government uprooted the Cherokees from their homelands in Georgia and forced them to march to relocation in what became Oklahoma.

It is a paradox that it is considered restitution to remove white names from schools, streets, and parks and to replace them with black names, but it is offensive to place Indian names on sports teams, rivers, counties.

The way things are going, Indian names are being erased along with the names of the white people who created the United States. Soon we will have a country whose history has been recreated after the fact.

1 thought on “Roberts: Americans Are Brainwashed into Ignorance”