…including vaccinating children under 5 to ‘make their advice palatable to the White House,’ doctors claim 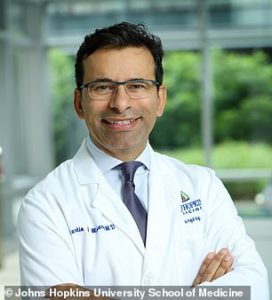 Dr. Marty Makary (pictured), a public health expert from Johns Hopkins University, is a critic of both school closures during the COVID-19 pandemic and in vaccines for children aged four and younger

The Centers for Disease Control and Prevention (CDC) and the National Institutes of Health (NIH) are both suffering staff shortages, according to Dr. Marty Makary, a top public-health expert at Johns Hopkins University, writes at Common Sense, the Substack run by former New York Times columnist, Bari Weiss.

Major decisions made by the agencies that hurt morale included support for masking in schools, school closures during the pandemic and the authorization of COVID-19 vaccines for children four and under.

Both agencies, along with the Food and Drug Administration (FDA) have been mired in controversy throughout the pandemic for inconsistent messaging and for decision-making that didn’t seem to line up with available science.

‘They have no leadership right now. Suddenly, there’s an enormous number of jobs opening up at the highest level positions,’ an anonymous NIH scientist told Common Sense.

Schools became a battleground of the COVID-19 pandemic in America.

When the virus stormed the world in 2020, many officials immediately shut things down – schools, retail stores, entertainment venues, restaurants – out of an fear of the unknown.

Initial data showed children suffered limited risk when they contracted the virus, though, and that it was mainly the elderly and severely immunocompromised that bore the virus’s burden.

Despite the evidence, the CDC still recommended schools stay closed until the end of the 2019-2020 school year.

While individual school districts were allowed to make decisions for themselves – and many Republican leaning counties did quickly reopen schools – many major metropolitan areas under Democratic control kept schools closed for extended periods of time.

Earlier this year, Makary told DailyMail.com that the decision to keep schools closed was one of the worst made in the pandemic, specifically citing that minority communities who disproportionately lived in these areas were set the furthest behind academically.

‘CDC failed to balance the risks of COVID with other risks that come from closing schools,’ an anonymous CDC scientist told Common Sense.

‘Learning loss, mental health exacerbations were obvious early on and those worsened as the guidance insisted on keeping schools virtual. CDC guidance worsened racial equity for generations to come. It failed this generation of children.’

When schools did reopen, many required children to remain masked at all times outside of lunch periods, following guidance from the CDC.

COVID tsar Dr. Anthony Fauci repeatedly warned that lifting mask mandates from children was ‘risky,’ while simultaneously saying it was time to return back to normal. That was in February. 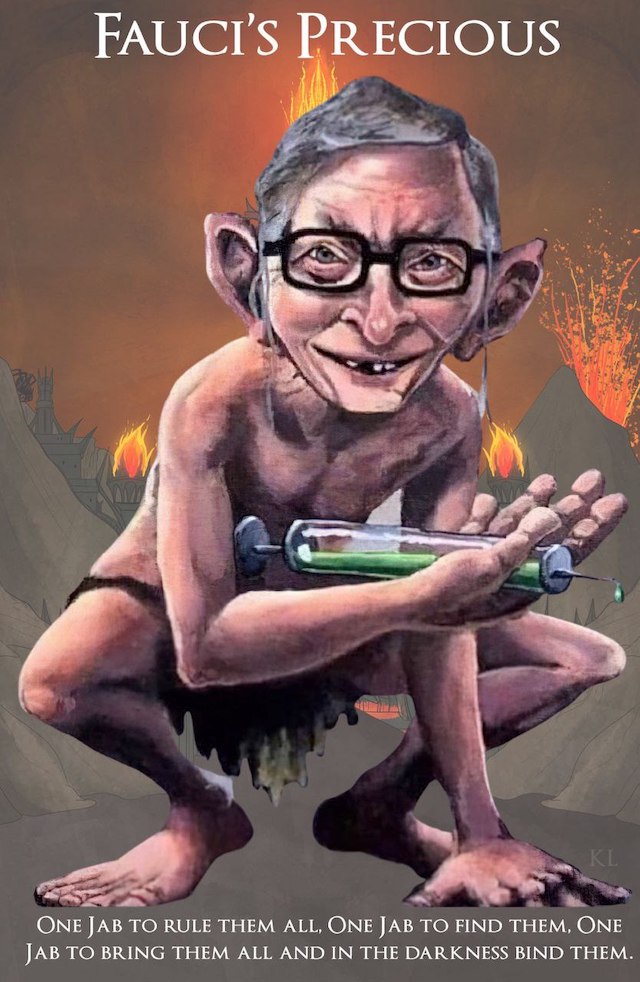 The decision that seemed to raise the most commotion was the authorization of COVID-19 jabs for children aged six months to five years old.

CDC Director Rochelle Walensky signed off on those vaccines in June, after a panel of advisors to the US Centers for Disease Control and Prevention voted 12 to 0 in favor of COVID-19 vaccines for children as young as six months on June 18.

‘We now know, based on rigorous scientific review, that the vaccines available here in the United States can be used can be used safely and effectively in children under five. Vaccinating children is a critical opportunity to protect them against hospitalization and death from COVID-19,’ she said. 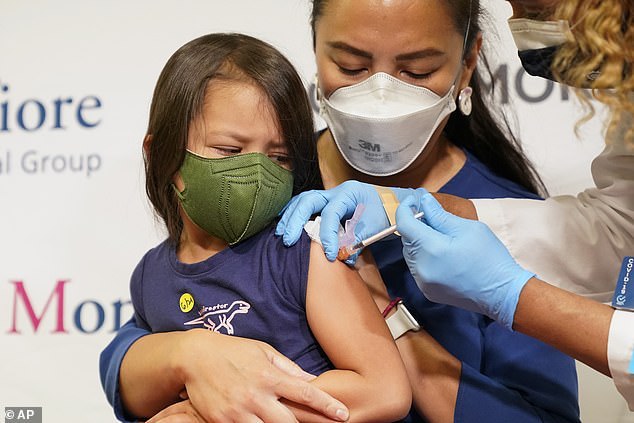 Officials at the FDA and CDC authorized COVID-19 vaccines for children aged six months to five years old, despite little evidence that the shots were effective, according to Makary. Pictured: A young girl in New York City receives a COVID-19 vaccine on June 21

Makary criticized the data submitted by Pfizer and Moderna to receive the green-light, saying it was lacking: Pfizer’s trial included under 1,000 children and didn’t show any efficacy against infection, he reports.

Moderna reported just a four percent reduction in infection in their trial of around 6,000 children.

‘A more honest announcement would have been: ‘We approved the vax for babies & toddlers based on very little data. While we believe its safe in this population, the study sample size was too low to make a [conclusion] about safety. Note that studies were done in kids w/o natural immunity,” Makary told DailyMail.com about the decision in June.

‘The public has no idea how bad this data really is. It would not pass muster for any other authorization,’ an FDA official said.

Amid the many controversies the agency was facing at the time, the CDC announced in April that it would reevaluate its structure and processes in the hopes of developing better processes to communicate with Americans.

It is unclear what changes, if any, were made as a result of the evaluation.