A 10-year-old child was raped by a man who should never have been here, and all Joe Biden wants to talk about are abortion rights. 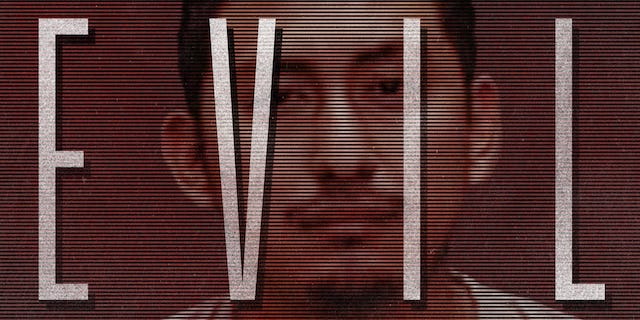 This is the sickest, most disturbing, most God-awful of stories — the single story that most appalls us and most loudly cries out for jailhouse justice.

As it turns out, a 10-year-old girl was indeed raped and impregnated, just as Joe Biden and his fellow pro-abortion activists told us. And now — only now — we learn that the suspect is an illegal immigrant. As Fox News reports:

The man charged with the rape of a 10-year-old girl in Ohio is a Guatemalan illegal immigrant, an Immigration and Customs Enforcement (ICE) source told Fox News Digital on Wednesday. The Columbus Dispatch first reported that Gerson Fuentes was arrested after police said he confessed to raping a child on multiple occasions. He has been charged with rape, and the outlet reported that he was possibly in the country illegally.

Possibly? How hard might that info be to run down?

Our Nate Jackson, who does God’s work on matters of life, first covered this story on Monday, when its specifics were nowhere to be found and its veracity was highly suspect. Everyone who reported on it sensed that something was amiss. Now we know why.

“The tragedy of her rape,” as Jackson writes, “is certainly more outrageous than any political games played by Biden and the Leftmedia. But the irony was compounded given that the alleged rapist is an illegal alien. We don’t know when this criminal entered the country, but Joe Biden has intentionally opened the border, which has exactly these consequences. Yet he’s mad only because the girl supposedly couldn’t get an abortion. Reprehensible.”

Imagine being an American president so beholden to the abortion lobby that he trumpets a little girl’s unspeakable trauma for purely political purposes. What a good “Catholic” he is.

Our Emmy Griffin, herself a young mother, is similarly appalled. “Both the whistleblower and the president,” she writes, “lay the crime at the feet of the innocent unborn child and his or her mother. The real outrage should be centered on the rapist and his even being in this country to commit this crime. If there were any justice in this world, that man should forfeit his life.”

Suffice it to say that the crime is monstrous, and the outrage on the Left is grotesquely misplaced. That includes the actions of Dr. Caitlin Bernard, an activist abortion doctor who’s been a frequent and public advocate for abortion on demand. Bernard, it turns out, was the single source behind this story, which was first reported in the Indianapolis Star in the context of the victim reportedly having had to cross state lines to Indiana to get an abortion due to Ohio’s laws. Ohio Attorney General Dave Yost, though, said that exceptions to Ohio law would have allowed the girl to obtain an abortion in the state.

Bernard is also in legal trouble, and not just because she may have failed to report the alleged crime to authorities. As Fox News’s Aishah Hasnie reported yesterday, Bernard’s employer “has filed a HIPAA violation against her for sharing details about the young patient.” (HIPAA is the Health Insurance Portability and Accountability Act, which was passed in 1996 to protect sensitive patient health information from being disclosed without the patient’s consent or knowledge.)

One of the most disturbing details of this awful story is how long it took for the alleged rapist to be apprehended. As PJ Media reports: “The day after [AG Yost’s] appearance on Fox News, the alleged rapist was arrested and confessed to Columbus Police. According to the report, the Franklin County Department of Child Services received a report of the incident on June 22 from the child’s mother. It is not known how long it took DCS to give that report to the police, but the fact that the suspect was not arrested until after the story went viral raises questions.”

What was this monster doing on the loose for weeks after the girl’s mom reported the rape? And where’s the outrage on the Left about this man’s presence in our country?

RELATED: Mom of Ohio girl, 10, who was forced to get abortion in Indiana after ‘being raped by illegal migrant’ says daughter is ‘fine’ and defends SUSPECT: ‘Everything they say against him is a lie’

An American president’s first duty is to defend the nation and protect its citizenry. In this respect, Joe Biden couldn’t possibly be a more miserable failure, and his intentional border malfeasance looms ever larger as an impeachable offense.

Postscript: The normally conservative editorial page editors of The Wall Street Journal disgraced themselves deeply in their coverage of this story today — first by failing to condemn (worse, tacitly applauding) Joe Biden’s despicable demagoguery; second by choosing to reiterate and thereby promote their own deeply disappointing pro-abortion stance; and third by failing to even mention the illegal status of the child rapist. “Correcting the Record on a Rape Case” runs the Journal’s headline above a subhead that mumbles, “A man has confessed to a crime that got the President’s attention.” With “friends” like these, who needs a Leftmedia?