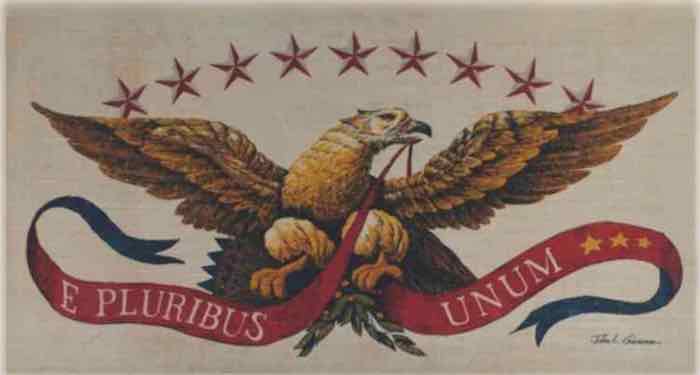 In 2021 it seems we have forgotten the official motto of the United States of America: “E pluribus unum,” out of many, one. Up through January 21, 2009, America had achieved a society where our culture accepted fully the concept of e pluribus unum. America had evolved into a true melting pot where people from anywhere in the world could arrive legally and be blended into America as a citizen with all the rights associated therewith.

By the 1970s, the tribalism that had existed in America had generally evaporated. Interracial marriages became commonplace. Whites, Blacks, Oriental, Hispanics, and central Asians, were marrying without regard to ethnic or national backgrounds. America was the least racist country on the planet and was truly color blind.

Then came the inauguration of Barack Hussein Obama, the first black President of the United States of America. Instead of leading the historic solidification of America by reinforcing the concept of e pluribus unum, we got the most divisive President in American history. A President that re-ignited the conflict between races, initiated high levels of distrust between American citizens and the police, and created divides between every conceivable group in America including sexual orientation.

Obama and his socialist elitists and their minions needed to have the nation as divided as possible to be able to inflict the level of control needed over the American population. Obama and his minions had to sow hate and fear in every direction possible because fear is the most effective weapon that can be used to steal individual liberty.

A prosperous nation fully accepting and operating in the spirit of e pluribus unum is the very antithesis of a globalist, socialist, elitist controlled society wanted by Obama and his Democrat minions. Even after Obama’s formal time as President, the criminal conspiracy of his Deep State, the media, and federal legislature continued generating hate and fear through lies and deception throughout the Trump administration.

President Donald Trump served as the greatest President in my lifetime and probably since George Washington. But the conspiracy of the Deep State and dishonest top health industry advisors tricked President Trump into buying into the greatest health hoax in history. As a result, the experimental drug treatment marketed as “a vaccine” has killed more people in the world than all other vaccines in history combined. Until this fraudulent “vaccine,” no other vaccine in history was allowed to stay on the market if it killed as few as 15 people and never before more than a few hundred. The various COVID 19 medications (vaccines) have killed hundreds of thousands (probably millions) and injured millions (probably tens of millions) of people. It appears to be more like a Bill Gates population control drug than a vaccine.

More and more evidence is coming out every day about the failures of the COVID 19 vaccines and the criminal conspiracy behind the whole COVID 19 and COVID 19 vaccine fraud. But people are not listening or they choose not to hear. This demonstrates exactly how successful fear is being used as a weapon that allows people to so easily sacrifice the liberties that our Forefathers fought and died for. Fear is keeping too many people from believing their own lying eyes and ears. Fear is a powerful tool.

In late 2021, the yoke of communism is suspended over our heads and about to be lowered into place by the ruling class of global, socialist, elitists in Washington, DC. Are we going to go quietly under the yoke or fight to break free? We are many individuals with individual concerns and individual problems, but are we willing to come together as one and reject the yoke of communism?

E pluribus unum will require us to reject the message of the hate and fear mongers sponsored by the elitist ruling class. E pluribus unum will require that we reject the hate and fear mongers that wish to keep us as divided as possible. We must remember that if we don’t hang together we will surely hang separately, as the socialist government takes us down one by one.

Which America do you want?

In late 2021, the United States of America is only a shadow of what it was just two years ago. In 2019, our economy was booming, and now the economy is in the toilet. We were at the highest level of employment in the life time of most Americans and now businesses all over the country are begging for people to come back to work. Even one year ago America was energy independent, and now Obama Junior is begging for OPEC to ship us more oil. Until January 21, 2021, America was highly respected again all over the world and now we are a laughing stock. Until January 21, 2021, America had the most secure border it had had in the last century, and now we are being invaded by people from nearly every nation in the world, by the millions.

E pluribus unum, out of many, one. “Our cause is noble: it is the cause of mankind!” ~ George Washington