An Atlanta school allegedly segregated classrooms, but a brave black parent stands up. 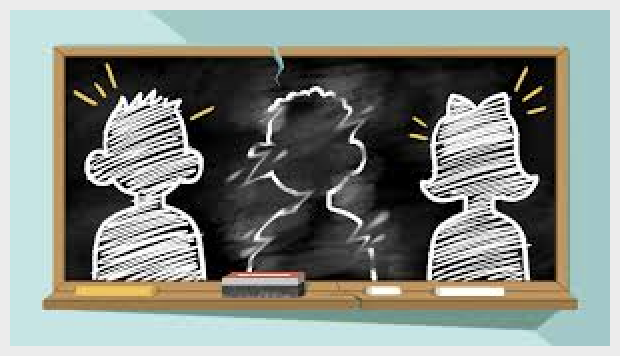 Parent Kila Posey recently requested of her child’s principal, Sharyn Briscoe, that her second-grader be put with a specific teacher that Posey knew would be a good fit. Her husband works as the school psychologist at Mary Lin Elementary School in Atlanta, Georgia. Requesting a specific teacher is one of the privileges that comes with his job. However, the response the couple received was quite disturbing.

Posey was told, “That’s not one of the black classes.”

It was then explained to Posey that her child along with the other black second-graders were going to be divided between two black-only classes. The rest of the second grade students, the white ones, were placed with the other six teachers, including the one that Posey wanted her child to be with this year. Naturally, Posey reached out to Briscoe in an attempt to get to the bottom of this. The principal confirmed that this setup was indeed the case.

After learning all the details of what this school year would look like for her child, Posey and her husband filed a complaint. According to the Poseys’ written statement, Briscoe retaliated by trying to get Mr. Posey, the school psychologist, transferred to another school in the district and fire the company that Mrs. Posey worked under as an after-school care provider. The vindictive principal also succeeded in getting said company fired from another school in the district whose principal is friends with Briscoe.

This story is still under investigation, but if it’s true, Posey is absolutely correct in seeking to address this wrong. Back in 1954, the Supreme Court ruled unanimously on a very well-known case. Perhaps (ahem) you’ve heard of it: Brown v. Board of Education. In this ruling, the justices declared that segregation of children by race in public schools is unconstitutional. Also, a decade later, there was a federal law passed called the Civil Rights Act of 1964, which declared that segregation by religion, race, or national origin is illegal.

Since we have these fairly well-known laws and rulings as precedent, why would an Atlanta school principal think that segregating the classes based on race was ever going to pass muster? One can only conclude that this is anti-white racism in action as dictated under the tenets of Critical Race Theory. By separating the “oppressed” (the black students) from the “oppressors” (the white students), Briscoe probably thought she was doing a good deed by her charges. In reality, she is depriving these students of the opportunity to form friendships, foster understanding, and become better citizens of their community. It teaches these children that the color of their skin is what defines them instead of the content of their character.

The dehumanizing attacks against our children need to be addressed at every opportunity. We should be very thankful for brave parents like Kila Posey and her husband who are willing to stand up for what’s right and protect all of our children, regardless of color.