Revelations about the use of fetal tissue for research and experimentation is quite troubling. 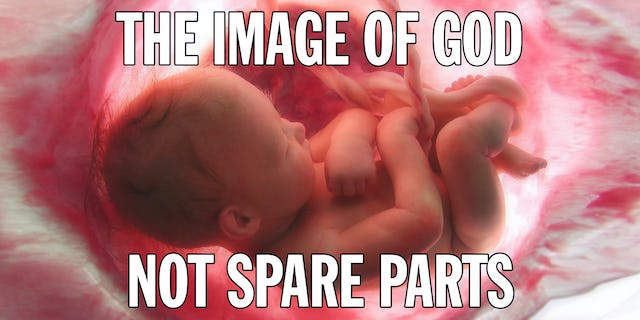 According to documents obtained from the U.S. Department of Health and Human Services by Judicial Watch and The Center for Medical Progress (CMP), at least $2.7 million in taxpayer funds were spent beginning in 2015 on the University of Pittsburgh’s efforts to become a “Tissue Hub” for human fetal tissue ranging from six to 42 weeks gestation.

The project’s original proposal spoke about creating a “pipeline” to the acquisition, quality control, and distribution of human genitourinary samples obtained throughout the aforementioned gestational period that would generate an ongoing resource to distribute fresh developmental human genitourinary samples from various stages to the GenitoUrinary Development Molecular Anatomy Project (GUDMAP) Atlas projects.

GUDMAP’s Tissue Hub website notes that researchers “can isolate human genitourinary tissues” such as kidneys, ureters, and bladders from babies during the 6-42 period. It further boasts that they can minimize the “ischemia time,” defined by the National Institutes of Health (NIH) as “lack of blood supply to a part of the body.” As for the gestational period, the NIH considers 40 weeks to be “full term” and anything after 42 weeks to be “post-term” or “overdue.”

In 2015, Pitt told Health and Human Services (HHS) it has been “collecting fetal tissue for over 10 years” and that the tissues collected were “liver, heart, gonads, legs, brain, genitourinary tissues including kidneys, ureters and bladders.”

A racial component was also part of the mix. Citing “diversity” as its rationale, Pitt wanted 50% of aborted babies to come from white mothers and 50% from minority mothers — with 25% of the babies specifically coming from black mothers. Yet according the CMP Allegheny County, the “major metropolitan area from which Pitt-based abortion practices draw patients” is 80% white and only 13% black.

Pitt insisted that the higher number of minorities was due to an emphasis placed on populations most impacted by kidney disease. “Projects funded by the National Institutes of Health must ensure appropriate inclusion of women and minorities,” stated David Seldin, assistant vice chancellor for communications at the University of Pittsburgh. “They should also ensure distribution of the study reflects the population needed to accomplish the scientific goals of the study. Asked another way: Does the makeup of the study reflect the populations affected by the illness in question? In the case of the GUDMAP Tissue Hub, one of the goals is to support researchers looking for treatments and cures for kidney disease.”

CMP founder and president David Daleiden isn’t buying it. He has called on the federal government to investigate the NIH and Pitt, noting that those involved should face “the same consequences as Kermit Gosnell.” That, he said, means “their locations of operation should be raided by local police and FBI, and they should face state and federal charges of illegal live fetal experimentation, infanticide, partial-birth abortion, and sale of fetal tissue for valuable consideration.”

He also called on the press and public to get involved, adding they “should be asking the DA of Allegheny County, Stephen Zappala, if infanticide is a crime in Pittsburgh the same as it is in Philadelphia, and asking [Attorney General] Merrick Garland if he will in fact make decisions on fetus trafficking prosecutions according to the facts and the law, like he promised the Senate Judiciary Committee.”

Maybe they should also find out what Dr. Anthony Fauci knew about this, and when he knew it. Daleiden notes that the National Institute of Allergy and Infectious Diseases (NIAID) subcomponent of NIH funds almost 60% of the NIH’s human fetal tissue projects, including approximately 70% of the NIH’s funding of human fetal tissue projects at the University of Pittsburgh.

Moreover, he further notes what NIH chooses to call “human fetal tissue projects” is rather flexible, explaining that “the infamous Fauci-funded scalping experiment, for example, relied on aborted infants from Pitt’s Planned Parenthood-supplied tissue bank, but was never categorized as a ‘human fetal tissue’ project.”

The scalping project to which Dalieden refers was one where NIAID spent over $400,000 funding a series of experiments where the scalps of aborted fetuses were grafted onto living mice to investigate the human skin’s propensity for developing infections. It was also conducted at Pitt and involved skin taken “from the scalp and dorsum” of “donors” — as in aborted fetuses.

How that doesn’t qualify as a human fetal tissue project is anyone’s guess. Federal officials insist everything was legal and above board, but they released the records 17 months after Daleiden’s initial request, and only after he enlisted the help of attorneys and Judicial Watch to get them.

Meredith Di Liberto, the lead attorney on the case, remains skeptical. “We keep getting this pushback that ‘Oh, it’s not illegal’ — but it’s all done behind closed doors with redactions,” Di Liberto explained. “If this is all legit, why did we have to fight so hard to get a document, and when we get them, they’re redacted? Why did we have to go to court to see who’s paying for this?”

Perhaps it’s because while the documents redacted Pitt’s tissue supplier, the university has a longstanding partnership with Planned Parenthood (PP) of Western Pennsylvania as a “contracted care site.” It also shares some senior-level staffers with the organization. Moreover, an undercover video recorded by the CMP and released in 2019 show PP staffers admitting they had a relationship with Pitt. “There’s a tissue bank at Pitt we offer patients to donate to,” one of the staffers states. Regardless, Planned Parenthood of Western Pennsylvania has denied that any of its three facilities participate in fetal organ donation programs. 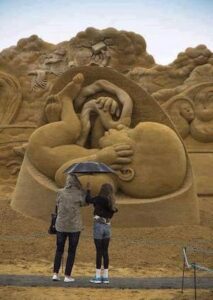 The controversy surrounding ischemia time is extremely troubling. Federal law requires aborted fetuses to be donated, not purchased, for research, and also prevents requests regarding how donated fetuses are to be aborted. And while a Pitt spokesman insisted researchers played no role in the “timing, method, or procedures used to terminate the pregnancy,” the university stated the harvested kidneys that were the primary focus of its research should have minimized “warm ischemic time,” and listed “labor induction” as one of the abortion procedures that could be used to obtain the organs.

Since the Supreme Court’s 1973 Roe v. Wade ruling, more than 62.5 Million babies have been aborted. That’s an average of more than 1.3 million per year — as in approximately the population of Dallas, America’s ninth-largest city — for 48 years and counting.

Perhaps everything Pitt has done is above board. But it’s impossible not to see the seamless path from what amounts to mass dehumanization of more than 60 million abortions and the trafficking in fetal parts. Philosopher Hannah Arendt once observed the “terrifying” normalcy of Nazi Adolph Eichmann, who organized the transportation of Jews and others to the gas chambers. She referred to it as the “banality of evil.”

Eichmann’s trial took place in 1961, a time when most Americans still recognized evil. Today, there is great irony attached to the reality that researchers and their allies undoubtedly justify such projects as a way of saving lives, even as they are turning aborted fetuses into de facto factory components to do so.

1 thought on “Fetal Harvesting — or Infanticide?”