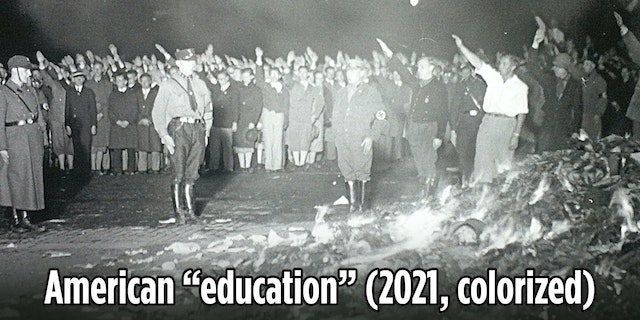 What does one do when one’s worldview is simultaneously vacuous and intellectually bankrupt? In today’s America, one eliminates anything that challenges it. Thus, under the banner of #DisruptTexts, radical leftists masquerading as school teachers are endeavoring to remove classic literature from school syllabuses, lest their students get exposed to ideas deemed off-limits by America’s wannabe totalitarians.

Wall Street Journal columnist Meghan Cox Gurdon reveals the thinking behind their contemptible rationale. “Their ethos holds that children shouldn’t have to read stories written in anything other than the present-day vernacular — especially those ‘in which racism, sexism, ableism, anti-Semitism, and other forms of hate are the norm,’ as young-adult novelist Padma Venkatraman writes in School Library Journal,” Gurdon explains. “No author is valuable enough to spare, Ms. Venkatraman instructs: ‘Absolving Shakespeare of responsibility by mentioning that he lived at a time when hate-ridden sentiments prevailed, risks sending a subliminal message that academic excellence outweighs hateful rhetoric.’”

Leftists insulating students from anything they define as hateful rhetoric is at once laughable and appalling. Over the last decade, no other group of Americans has invested more effort in demeaning and dismissing their fellow countrymen as “deplorable,” “irredeemable,” “bitter-clinging” racist bigots utterly beneath contempt. Fellow Americans who literally require “cleansing” from the national conversation going forward, according to ABC News Political Director Rick Klein.

In short, this is also a time when hate-ridden sentiments prevail, especially those who believe they own the franchise on superior thinking.

Such hubris is belied by inconvenient reality. Over the summer, one historical artifact after another was toppled, and so-called peaceful protests “intensified” into full-blown riots. For decades, hundreds of municipalities have remained federal lawbreaking sanctuary cities, and 61.6 million abortions have been performed since its legalization in 1973. Nonetheless, we are told the progressive dogma that engendered all of it and far more of the nation’s cultural rot is so profoundly superior that it must become the template by which all “morality,” past and present, is measured.

Anything failing to meet that “standard” must be banned.

Gurdon cites a number of “educators” who subscribe to such fatuous nonsense. One is “self-described ‘antiracist teacher’ Lorena Germán [who] complained that many classics were written more than 70 years ago.” Germán asserted, “Think of US society before then & the values that shaped this nation afterwards. THAT is what is in those books.” Another is Heather Levine, an English teacher at Lawrence High School in Massachusetts. “Very proud to say we got the Odyssey removed from the curriculum this year!” she gushed.

Still another is Seattle English teacher Evin Shinn who tweeted in 2018 that he’d “rather die” than teach The Scarlet Letter, unless the Nathaniel Hawthorne novel is used to “fight against misogyny and slut-shaming.” And in June, “scholar” Shea Martin affirmed the utter vapidness of woke educational proselytizing, tweeting, “Be like Odysseus and embrace the long haul to liberation (and then take the Odyssey out of your curriculum because it’s trash).”

Historian Victor Davis Hanson illuminates the real agenda behind the removal of classic literature from today’s increasingly “woke” classrooms. “Great works of literature such as Homer’s Odyssey, Virgil’s Aeneid, the Bible, and Dante’s Inferno offer lasting cultural referents that enrich the very way we speak and think,” he explains. “When we do not know the names of people, places, and things from Odyssey — such as the Olympians, the Trojan horse, Calypso, Hades, Scylla and Charybdis — then we have little foundation for understanding the logic and language of much of the present world.”

For the progressive demagogues who dominate America’s educational system, the elimination of historical references and lasting cultural elements is a feature, not a bug. Nothing threatens an agenda aimed at producing the rigid conformity of thought required by every totalitarian movement more than making students aware of ideas that challenge that conformity.

Thus, this intentional shallowing out and subsequent “reshaping” of students’ thought processes, in all its Year Zero, Orwellian permutations, must be introduced into curriculums as early and often as possible. And so an effort that began with posting “trigger warnings” on “problematic” teaching materials is proceeding seamlessly to outright censorship.

These efforts have been enormously successful. Millions of Americans, especially younger generations, have been cultivated to be weak thinkers who believe their own country is beneath contempt, even as they can’t articulate why in any remotely original or meaningful way. These are generations of students who can quote progressive chapter and verse with regard to subjects like global warming and transgenderism, even as they remain profoundly innumerate, illiterate, and wholly lacking in any understanding of history and civics.

“Traditionally, propaganda has come from within a society and has been designed to portray that society as above reproach; a classic symbol of pro-U.S. propaganda from an earlier time would be, say, the Captain America comic,” explains columnist Wilfred Reilly. “Times have changed. Now we face a new kind of propaganda — not unrealistically positive but rather excessively and misleadingly negative. It is funded by forces opposed to core principles of traditional American governance. It teaches that we are far worse than we really are, or in fact have ever been.”

Toward what end? As this columnist explained on November 30, the five largest corporations in the world — Apple, Microsoft, Amazon, Alphabet (which owns Google and YouTube), and Facebook, which was moved to sixth by Tesla last Thursday — have larger market valuations than the GDPs of all but 17 nations in the world. Moreover, these mega-corporations, along with their globalist-minded allies, have little use for the rules and regulations such “pesky” nation-states can impose on them.

America is the foremost nation-state in the world, and its orchestrated devolution in pursuit of the Great Reset — as in worldwide totalitarianism on steroids — can only be accomplished by convincing a majority of Americans our heritage is no longer worth preserving.

The easiest way to accomplish that? Remove enough classic literature to first make the roots of that heritage largely unknowable, and then replace it with rank propaganda like the 1619 Project and Critical Race Theory to make students believe it is ultimately untenable.

Unless trends change, Baby Boomers are the last generation that will remember American exceptionalism, what life was like before the extinction of freedom and privacy, and that dissent was a noble and constitutionally protected endeavor, not “hate speech” that requires one to be silenced and/or canceled.

Going forward, the greatest tragedy this nation will continue enduring is the daunting reality that millions of Americans don’t know what they don’t know, and their fully-orchestrated lack of awareness will make them fully susceptible to every historically catastrophic idea that ever came down the pike — courtesy of megalomaniacal progressives who will tell these naifs the only reason those ideas failed was because the wrong people were in charge.

The only thing more tragic is that parents — and the assembly of cowards currently known as the Republican Party — will apparently sit back and let it happen. 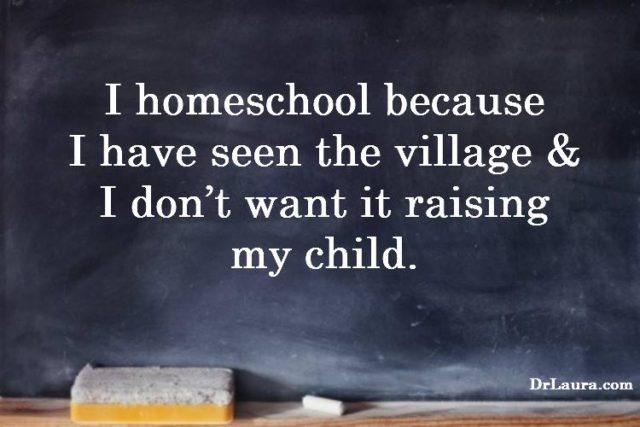 Written by Arnold Ahlert for The Patriot Post ~ January 11, 2021