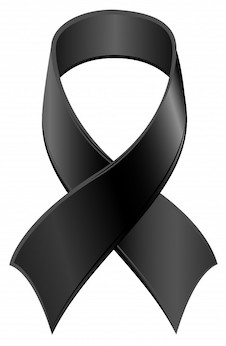 November 5, 2008 ~ We mourn the loss of Freedom, Democracy, and America’s position in the world as a Leader. In place of all these, America has chosen SOCIALISM the “Destroyer of Nations”.

I am ashamed of my fellow Americans for giving up their freedom, their constitution, their liberty, everything the Founding Fathers gave us, for so cheap a price.

The disunity of America is now complete. There is nothing left of that which bound us together. The descent of America, into the ash heap of history, has officially begun. The decline will be relatively swift and excruciatingly painful.

May God have Mercy on America, on those who warned “the other people who live in this country”. I cannot use “fellow Americans” as that phrase no longer applies. It has been shredded by the Obama Machine and by the Democratic Party.

It is now time to prepare for the descent into anarchy. Providence, it seems, has decided punishment is required for those who have defaced and destroyed this land, formerly under His protection, and done so from within.

Please consider the following from the Bible… Revelation 6: 1 – 8

(Rev 6:1-8 NIV) I watched as the Lamb opened the first of the seven seals. Then I heard one of the four living creatures say in a voice like thunder, “Come!” {2} I looked, and there before me was a white horse! Its rider held a bow, and he was given a crown, and he rode out as a conqueror bent on conquest.

{3} When the Lamb opened the second seal, I heard the second living creature say, “Come!” {4} Then another horse came out, a fiery red one. Its rider was given power to take peace from the earth and to make men slay each other. To him was given a large sword.

{5} When the Lamb opened the third seal, I heard the third living creature say, “Come!” I looked, and there before me was a black horse! Its rider was holding a pair of scales in his hand.

{6} Then I heard what sounded like a voice among the four living creatures, saying, “A quart of wheat for a day’s wages, and three quarts of barley for a day’s wages, and do not damage the oil and the wine!” {7} When the Lamb opened the fourth seal, I heard the voice of the fourth living creature say, “Come!” {8} I looked, and there before me was a pale horse! Its rider was named Death, and Hades was following close behind him. They were given power over a fourth of the earth to kill by sword, famine and plague, and by the wild beasts of the earth.

J. D. Longstreet was a conservative Southern American (A native sandlapper and an adopted Tar Heel) with a deep passion for the history, heritage, and culture of the southern states of America. At the same time he was a deeply loyal American believing strongly in “America First”.

He was a thirty-year veteran of the broadcasting business, as an “in the field” and “on-air” news reporter (contributing to radio, TV, and newspapers) and a conservative broadcast commentator.

Longstreet was a veteran of the US Army and US Army Reserve, a member of the American Legion and the Sons of Confederate Veterans. A lifelong Christian, Longstreet subscribed to “old Lutheranism” to express and exercise his faith. He sadly passed away July 5, 2014.

1 thought on “We Mourn For a Lost America Today!”