…no rule of law, no police, no leadership, no free speech, no functioning markets and no equal protection under the law! 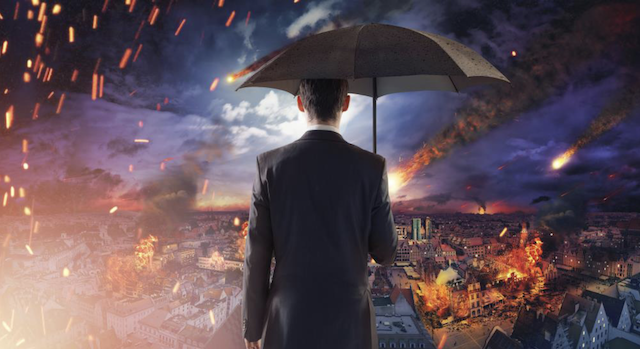 In America, you can call 911 and the police will never show up if your property is in or near a Black Lives Matter terrorist zone, which are now de facto “police no-go zones” on U.S. soil.

In America, there are no functioning markets. Prices of stocks and bonds are set entirely by Federal Reserve money printing and interest rate manipulations. Rational investing has been obliterated. Market-driven price discovery is a distant memory. (This will end badly.)

In America, there is no equal protection under the law. When a group of violent terrorists seize your city, the “leaders” (the mayor and governor) will order police to evacuate, leaving you to fend for yourself against terrorist rule.

In America, free speech has been annihilated. The left-wing fanatics who run the tech giants now decide which views are “offensive,” and those voices, websites and platforms are all banned while their own radical left-wing propaganda is allowed to flourish.

In America, there is no political leadership whatsoever. The Democrats are traitors and the Republicans are feckless, spineless lose-o-crats who are utterly incapable of asserting even an inkling of leadership or the assertion of the principles they (falsely) claim to represent.

In America, the U.S. government will print money and pay you to not work, then brain dead U.S. Senators (named Mitch McConnell) will wonder why small businesses can’t find workers who want to give up their enormous unemployment benefits and get a job that pays less than what people are collecting from the government. Only in America would the government pay people to avoid working, then panic as the economy craters because the labor pool has disappeared.

In America, the food supply is filled with toxic chemicals that are all approved by corrupt government regulators, poisoning the population and leading to insane health care costs that are bankrupting the nation at every level. 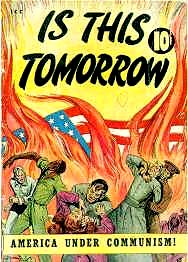 In America, the education system has collapsed into a cult-like communist indoctrination system, where students are taught hatred (against their country), bigotry (against whites) and victimization tactics to deploy during riots and civil unrest. The universities have essentially churned out a generation of terrorists who destroy, not citizens who create.

In America, the entire legislative branch of the country is ruled by a corrupt Big Pharma drug cartel that controls all “science” and tells the medical journals to publish fraudulent, rigged studies that destroy the credibility of safe, low-cost drugs that could help save millions of lives from a global pandemic. In response, U.S. lawmakers bow down before Big Pharma and betray the American people, because the pharma lobby can write million-dollar checks to re-election campaigns.

In America, the FBI kneels before actual terrorists while running its own “staged” terror plots across the country to try to pretend it’s still a law enforcement agency. It isn’t.

In America, treasonous former officials like Hillary Clinton, James Comey and Andrew McCabe go free, even after committing crimes of treason against the nation, while innocent people who did nothing wrong (like Roger Stone) are persecuted and charged with crimes that can earn them life in prison.

In America, violent looters, arsonists and rioters who are arrested for committing such crimes are universally set free by left-learning District Attorneys, because Leftists protect left-leaning terror groups in America. There is no rule of law, and there is no equal justice under the law.

In America, entire police precincts surrender their territory to Antifa / Black Lives Matter terrorists, handing over tactical real estate to left-wing mobs while standing down and allowing violence to explode.

In America, the fanaticism cult of left-wing lunacy is so powerful that we’re told “silence is violence,” while we’re also told that the actual violence of the lunatic Left is “peaceful and tolerant.” In other words, if you are silent and peaceful, you are accused of “violence.” But if you are committing actual violence, you are described as “peaceful” by the media.

In America, the food processing plants are shut down over fears of the coronavirus, but left-wing mobs are openly encouraged to gather in the streets, with the media claiming the pandemic isn’t as important as looting, rioting and committing acts of arson in public. So why is social distancing more important than the national food supply, then?

In America, the borders aren’t protected and any illegal alien can vote in an election, no I.D. required. Any idea of protecting the process of democracy has long been abandoned.

In America, the most devastating looters aren’t the Black Lives Matter lunatics in the streets; it’s actually the Federal Reserve that’s printing trillions of dollars in fiat currency, stealing the value of the money you’ve worked to earn and save. Each day, Americans awaken to “silent fiscal looting” that has drained their bank accounts while they slept, and no one riots because it all happens silently, and the media has zero interest in covering it.

In America, when new jurors are appointed to the U.S. Supreme Court in the hopes that they will represent the U.S. Constitution, they end up only representing the interests of the state, and nothing else. The idea of “originalist” Supreme Court justices is now a pathetic joke.

In America, if you run an honest online business and build an audience of followers over a decade of effort, you can be destroyed literally overnight by the tech giants who pull your advertising revenue, cancel your channels and de-platform all your content… even if you merely disagreed with the insanity of the cult-like Left.

In America, you can lose your job for not declaring that you support Black Lives Matter. Because “silence is violence,” which means your obedience is demanded… or else. (Remember when the Left used to place “COEXISTENCE” bumper stickers on their cars? Those days are long gone. Now it’s more like, “DESTROY THE DEPLORABLES!”

In America, the masses are too fat, too medicated and too brainwashed by the deceptive media to rise up and defend anything. They instantly surrender to every insane demand by the lunatic Left, and they will gladly surrender all their freedoms and their entire nation for one more box of Pop-Tarts.

* The treasonous church pastors who decided it was more important for their churches to be popular than to operate on principle.

* The treasonous members of Congress who amassed their own personal fortunes via insider trading while the rest of America burned.

* The treasonous tech billionaires that conspired with China to silence all pro-America voices while working to foment hatred and division for profit.

* The lazy, pathetic, overfed American people who retreated to comfort and acquiescence, unwilling to take a stand for anything that mattered because it might interfere with the next airing of Judge Judy.

* The lazy, pathetic American workers who decided they were too good to work and didn’t have to show up on time, expecting to be paid for not working (which the government happily obliged). “They have lost the lust for freedom, the demand for liberty,” writes the editor of TwelveRound.com. “They seek to placate their persecutors and appear reasonable on Twitter and Facebook when the demands of the mob and the government have become completely unreasonable.”

* The corporate CEOs who caved to left-wing lunacy out of fear of losing sales for taking a stand for America. See the full list of corporations and brands that now actively fund terror-linked organizations in America.

* The communist teachers and college professors who exploited their positions of influence to indoctrinate an entire generation of youth with bigotry, hatred, lies and deceit… all in an effort to usher in a communist overthrow of the United States of America.

* The stupid, mindless internet users who continue to use Google, Facebook, YouTube and Twitter even after knowing that they’re being censored, surveiled and tracked. Instead of shifting to alternate platforms of freedom, they censor themselves to conform with the obedience training of the lunatic Left.

* The food and pesticide corporations that poisoned the food supply for profit, feeding the masses nothing but toxic chemicals that promote chronic degenerative disease.

* The child-abusing parents who pushed their children into transgenderism, parading them around as trophies of progressivism while chemical and physically maiming their own children for life. All in the name of “progress!”

* The corrupt, greed-driven doctors who took money from Big Pharma to mass poison the entire nation with toxic prescription medications and chemotherapy poisons. And then they wonder why everyone acts like they’ve been lobotomized.

So here’s what’s coming next:

* Financial collapse, followed by an explosion of nationwide riots, during which most U.S. cities will be gutted

* Bank failures and the collapse of financial institutions

* The rise of private security contractors to protect businesses with armed, military-trained guards

* A worsening of drug abuse and suicides

* Rapidly escalating censorship, including browser-based blocking of targeted websites
An explosion in homelessness and tent cities as destitution and despair spreads across the nation

* Civil war and secession as the nation fragments into smaller nation-states.

As I’ve said before, Trump is the last President of the United States of America as we know it. We are entering a time of tremendous evil and destruction, and almost no one is willing to stand against it. That’s the great failure of America: The failure to defend her.