Liberals can misspeak all day and nothing happens. But if someone takes a conservative stand on a moral issue, a media outlet like the Washington Post will do an aggressive takedown if they sniff an error – any error. 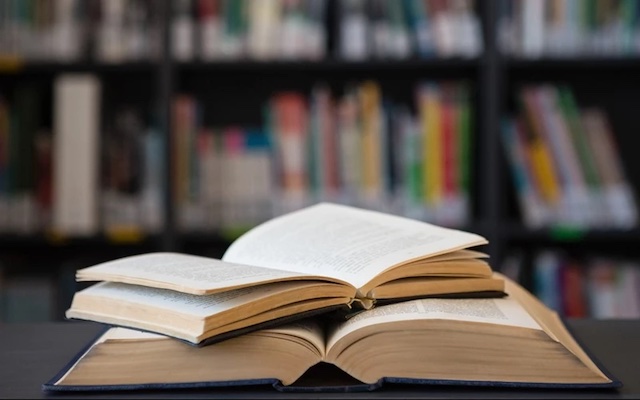 Nobody seems to know who leaked the Supreme Court’s draft in the Dobbs case overturning Roe v. Wade.

Nobody seems to know how many serious adverse effects have occurred shortly after COVID-19 shots.

Nobody seems to know how the FBI was turned into a leftwing political weapon.

However, thanks to an exhaustive investigative analysis by the Washington Post, we now know how many parents – 38 – around the country have challenged Jonathan Evison’s book “Lawn Boy” in school libraries.

The Post launched its inquiry because some parents mistakenly described a passage recounting two boys having manual and oral sex as an example of “pedophilia.”

The book “describes a man in his 20s meeting another man in his 20s and remembering the consensual sexual encounter they shared in the fourth grade,” the Post informs us.

Okay, not pedophilia, but what would you call adults who deliberately expose children to this stuff? I can think of many terms that wouldn’t fly in a family-friendly newspaper or website. 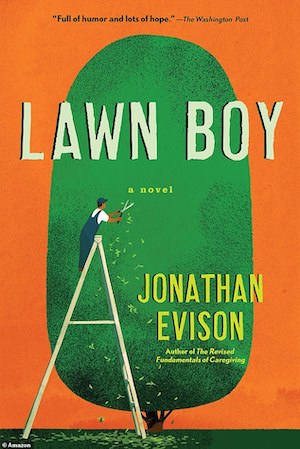 The Post‘s front-page headline was: “2 moms, and misinformation, led schools to ban a book.” The subhead: “How false claims about pedophilia in ‘Lawn Boy‘ fueled parents’ anger.”

In September 2021, a Texas mom at a school board meeting directly quoted the book and asked, “What sort of diversity are you intending to teach my child with material like this? Who normalizes sex acts between fourth-graders? I’ll tell you who: pedophiles.”

A mother in Fairfax County, Virginia, heard clips from the first mom’s speech, got a copy of the book, and spoke before the school board. She said it “describes a fourth-grade boy performing oral sex on an adult male.” She had that wrong, and her “pedophilia” accusation was picked up by numerous news sources and public officials.

Full disclosure: In a November 28 column for the Washington Times, in which I referenced “Lawn Boy,” I wrote, “Librarians are shocked, shocked that a boy describing oral sex with men might upset parents.” I regret repeating the error from a major news source and wished I had checked more carefully. But I stand by the point that parents are justifiably upset.

The Post seemed giddy about portraying parents and public officials as dupes and book burners, the better to discourage others from ever speaking up.

Liberals can misspeak all day and nothing happens. But if someone takes a conservative stand on a moral issue, a media outlet like the Post will do an aggressive takedown if they sniff an error, any error.

The Post claims that it reviewed public databases from two nonprofit groups and independently analyzed “more than 3,000 news articles, at least 50 school district websites, and more than 150 social media accounts maintained by school districts, school employees and parents.” The paper “also attempted to contact every person who criticized ‘Lawn Boy‘ during a board meeting or filed a formal complaint, additionally analyzing school video footage and documents. Many did not respond.”

And why would they, given the Post’s open, virulent hatred of their values?

Keep in mind that this “paper of record” spent a fortune in ink and staff time abetting the Russian collusion hoax against Donald Trump, for which they won a Pulitzer.

Here’s another thing. It shouldn’t take a charge of pedophilia to keep a book like “Lawn Boy” out of schools. Openly promoting homosexuality to children should be enough. But in our woke age, few dare to raise that issue lest it offend someone.

So, society is abandoning taboos, approving everything under the sun right up to pedophilia – at least for now. There is a growing “minor-attracted” movement within academia to normalize sex with children.

The Post also implies that anyone opposing the book is racist:

“‘Lawn Boy‘ is in many ways the quintessential target for the book-banning movement,” wrote reporter Hannah Natanson. “It is a coming-of-age novel centered on a gay character of color… the thousands of books targeted for school removal in the past two school years were overwhelmingly written by and about people of color and LGBTQ individuals, according to the American Library Association and PEN America.”

Yes, parents are finally revolting against books promoting critical race theory and sexual corruption of kids. Isn’t that awful? The Post thinks so.

Ironically, the book’s author says it was never intended for kids. “Nobody below a teenager is ready for that book,” he told the Post. “It’s got a lot of adult stuff.”

Noting that Gov. DeSantis cited “Lawn Boy” as an example of “pedophilia” while signing a law giving parents more power to select textbooks and school library books, the Post asked for a comment.

The governor’s office sent a one-sentence response: “If you don’t see an issue with the content of the book Lawn Boy being in kindergarten through third grade classrooms, then you have exemplified the problem.”

Written by Robert Knight for the Washington Times ~ January 11, 2023

~ the Author ~
Robert Knight is a columnist for The Washington Times and a Senior Fellow for Bishop E.W. Jackson’s Staying True to America’s National Destiny. His latest book is “Crooked: What Really Happened in the 2020 Election and How to Stop the Fraud.”