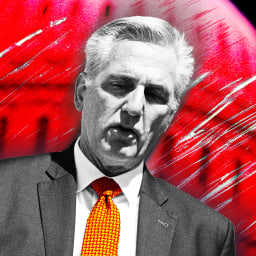 I almost let this one go, since more and more I am convinced that nothing I will write will make any real difference in the grand scheme of things. More than write to change any Commie’s mind, I write today for myself and for the remnant of conservatives across the country who simply need to know they aren’t alone and there are others out here who think and believe as they do.

No one should look for anything much to come out of this 118th Congress other than more and bigger betrayals due to McCarthy’s many questionable associations and propensity and inclination to kiss the Democrats’ collective ass. Between McCarthy’s sketchy political maneuvering and willingness to make any deal in the name of keeping and growing his power and the Democrats’ knack for forcing the GOP to its knees, even when the GOP has a majority, we’re in for a two year dangerous slog through an ever growing untenable political and social environment, with freedom and liberty still in great danger and attacked from all sides.

There’s not a lot to be done from this point on, other than stay active on one’s city councils and state legislatures, write and call Congressmen and generally raise hell on the street corners periodically ….. not unless one’s ready to take this thing all the way finally. It’s coming … a day of reckoning for America’s traitors is surely coming. Hurry on with the judgement, yesterday’s not soon enough. ~ J.O.S.

Congress Balances Between Liberty and Tyranny

It was with low expectations of any real change in the Establishment GOP status quo that many conservative Americans watched the battle royale play out between Representative Kevin McCarthy, some twenty or so members of the Freedom Caucus and Representative Hakeem Jeffries for four days that started on January 3rd 2023, but still we watched with the utmost interest in just how the final coup de grace would be delivered, much as boxing fans watched the last fifteen round heavyweight boxing match between Mike Weaver and John Tate in March of 1980. And yes, if one was a true conservative one couldn’t help but hope against hope that the six hardcore Republican proponents of true freedom and liberty, along with their allies, would gain momentum and force McCarthy to remove his name as a nominee, as they offered up a better choice.

But as we all know by now, the better alternative was never forthcoming and momentum swung back to McCarthy who clinched the position of Speaker of the House over the 118th Congress by winning the necessary votes in the fifteenth round. It was an extremely historic moment that marks the first time in over two-hundred years that a vote for the Speaker of the House has gone past twelve rounds.

However, seeing Kevin McCarthy smiling and warmly embracing Hakeem Jeffries, one of the most anti-American, anti-Family, anti-God and anti-Liberty radicals in Congress is emblematic of the greater problem whereby Republicans so often claim to oppose the Democrat agenda but consistently join them in “compromises” that give them everything and gain next to nothing for conservative and Christian America.

And although the power-hungry McCarthy, who was desperate to become Speaker at all costs, would at one point say that this fight wasn’t about him and it was about the conference, it was widely reported that during negotiations behind closed doors McCarthy swore and cursed and made it clear that he thought he was entitled to the Speaker position.

Rather than castigating and smearing McCarthy’s opponents as “terrorists” and “insurrectionists” as many in the GOP, such as Representative Dan Crenshaw, and the media, including Fox News’ Sean Hannity and Brian Kilmeade, did, all freedom-loving Americans should have been cheering the fact that, finally, here were a group of Republicans standing up against the out of control spending and massive omnibus bills that are compiled with little real input from representatives outside of the leadership positions and rules committee and presented at the last minute to be voted on in the dead of night. They should have been overjoyed to see someone exposing the fact that over 170 liberal Republicans are hardly troubled over the status quo, only ever giving lip-service to stopping the Democratic Party’s continued forced march into hard-lined authoritarian socialism.

My, my. How dare Representatives Andy Biggs (AZ), Matt Gaetz (FL), Lauren Bobert (CO), Bob Good (VA), Matt Rosendale (MT) and Eli Crane (UT) stand in the way of the presumptive king in the name of freedom and liberty and actual sound fiscal responsible and limited government many conservatives would suggest with heavy sarcasm. The arrogance of it all.

The only arrogance seen over these past few days was exhibited by Kevin McCarthy and his view that somehow he was owed the position.

America even got to see Representative Mike Rogers (R-AL) lunge a Representative Matt Gaetz after Gaetz and five allies once more refused to relent their opposition and the fourteenth round ended in defeat for McCarthy.

I would have given a week’s salary to see a good old fashioned, knock-down, dragged-out brawl on the House floor that night. Now that would have been representation.

How astounding it was that so many Republicans revealed themselves to really hate the principles of freedom in action. Those opponents whose ranks grew to 21 and ended with six holdouts were actually the only ones who were righteous in their cause and in this fight to stop the Establishment Republicans and their willingness to aid Democrats’ anti-American agenda in unforced errors such as we saw the recent $1.7 trillion omnibus bill that could have been reasonably halted until the new Congress was sworn in – a bill that read like a Democratic Party Communist wish list that was full of climate change green energy nonsense and even $3.2 billion for attorneys to prosecute a thousand largely wrongly charged and imprisoned protestors from January 6th 2021 and further rig the voting process in Democrats’ favor by changing the Electoral Count Act.

Seeking “unity” is all well and good, but for America’s sake, by God, be unified over the right things and that which doesn’t bring harm to all America or further subverts liberty and erodes the republic. What we have seen from the Democrats over the past two decades has been horrific, but the GOP has barely fought to stop them, even when they had the majority in both houses of Congress and the Presidency.

If the body of Congress is so motivated to pass “laws” that are contrary and antithetical to our Founding that violate our Inalienable God-given Rights, it is best that it is blocked, however that is accomplished. It’s best that not one new law is passed if each doesn’t somehow promote an expansion of individual liberty and economic prosperity.

THINK – Over the last four days Congress has been unable to do the first thing to enable the federal government to interfere or interject itself into our private lives, as it as been most prone to do over the last two decades, at levels never before seen. How wonderful it has been.

Fortunate perhaps, or not, the Freedom Caucus and those proponents of freedom and liberty and fiscally responsible and limited government were able to exact some great concessions from McCarthy, that allow any member to call a vote of no confidence to vacate the Speaker’s position, as was the case before Speaker Pelosi’s rule change; and, along with assurances of a return to regular order, they received written guarantees giving them a new committee to investigate the weaponization of the FBI, more single subject bills rather than any more massive omnibus bills and a promise not to raise the debt ceiling in the next federal budget bill, among other items. 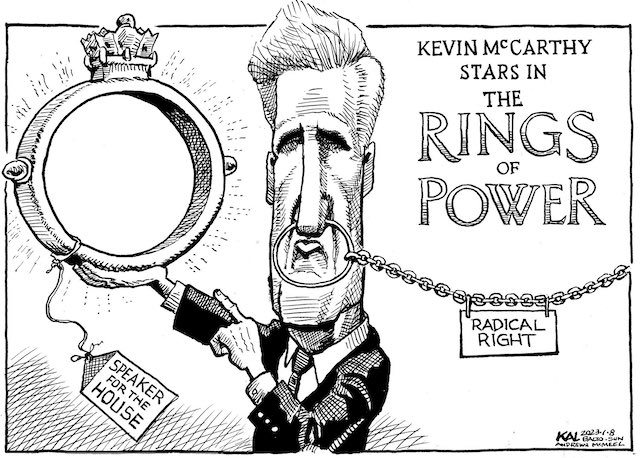 How ironic that McCarthy won the Speaker of the House position on January 6th 2023, two years after the January 6th 2021 riots. Many are already demanding that he lead the House into further investigations of the circumstances around this historic moment, as well as why hundreds of Americans are still in jail without bail hearings or actual charges being levied against them yet, in violation of their rights. And while we may get hearings, no one should expect anything other than more political theater and grandstanding from McCarthy, who will proceed haphazardly and half-hearted at best, all the while thumping his chest and screaming to the sky, “look how great I am.”

One need not study much to know that bills deemed to be “too conservative” will not make it past the Democrat controlled Senate or Biden’s veto pen, which means all conservative freedom-minded Congressmen must do everything within their ability and power to halt any bills over the next two years that are advocated as “compromises”. They must fight tooth and nail to halt any bill that furthers the Democratic Party Communists’ agenda, until such time we can hold truly free and fair elections again and win a majority for all Americans who believe in true freedom and liberty for all. 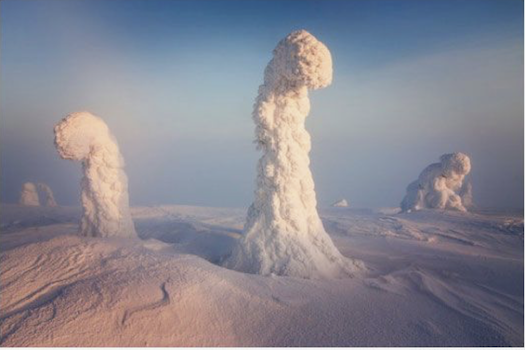 Every American breathing today understands that any agreement formed in Congress in today’s immoral political environment isn’t worth spit, and so as it were, we will see Speaker Kevin McCarthy continue to sell his influence over the vote through his newly gained authority as Speaker, just as he has sold himself over his sixteen year career for the accumulation of raw power. So too will he sell America down the river, just as Speakers John Boehner and Paul Ryan did during their tenure, as he gives all appearances of acting on behalf of the American people while he and his fellow RINOs continue to find new, creative and manipulative ways to betray America to the globalists and the Davos crowd.

McCarthy will be content to rest in the mire and watch the Democratic Party Communists’ steady march towards the sort of Marxist regressive “progress” that will eventually push America into full blown totalitarianism.

2 thoughts on “King McCarthy: Emblematic of the Greater Problem”