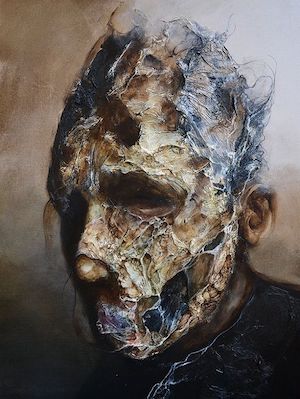 January 29, 2005 ~ The reports are seemingly endless, a long laundry list of defects in our obese government structure of subversives, panderers, crooks, delusional leaders and biased media cohorts, inadequate training in the military and incomprehensible lack of coordination and supply for a war that should never have been, and stupid trips by even more stupid elected officials to places they should not be allowed, all at taxpayer expense.

And to think the American Revolution was ignited over a tea tax!

Of course, Boston Harbor couldn’t hold the carcasses of the huge number of lunatic elected and appointed officials in American government, they outnumber the tea by about 2,000 official persons to 1 case of tea. (Don’t hold me to an exact figure, we haven’t had an official investigation at this point.) But it’s obvious that America has a bad case of Rottenhead Infestation, and RI seems to grow every time the government reorganizes anything or holds a new election. This government has pandered to its enemies and kicked its allies, bought its lovers and given its defense information to those who have every intention of using it against the American people for a long, long time.

Too long is too long to keep quiet about it, and the people who whine are silenced by being single voices in the midst of a burgeoning and noisy, media-controlling MIC that never gives any response for the cries to get the US out of stupid wars or out of the United Nations simply because the government officials have something to gain or something to lose if they suddenly turn honest. In the meantime, the people are so weak they keep voting “the lesser of two evils” which is voting for evil, rather than uniting in a strong protest that would bring about a general housecleaning of the structure we now have in America.

The world might not like us more but it would have reason to respect and fear a nation that would take its own government by the horns and shove them where the sun doesn’t shine! Any nation that would do that with the liberty they still have would be a people with guts and grit, a force to be reckoned with.

But what people who have the franchise refuse to do with their vote, they certainly aren’t going to do with their guns. That’s why they will lose those guns one of these days, just as they’ve lost control of the power of the people to keep the government as a public servant and not a cruel taskmaster. The structure to keep government in line is in the Constitution and Bill of Rights, but the people have allowed the government to take their power, inch by inch, until they now live in a delusion of “freedom” while fearing to speak out, vote out the Rottenheads and clean up the various departments of government, most of which are unconstitutional and unnecessary.

No, government does not run like a well-oiled machine that keeps functioning as it was designed to do unless it is properly maintained, which means keeping not only a watchful eye for abuses but taking direct and swift action against those abuses. There should have been a popular revolt against the income tax, when it was improperly declared a ratified amendment to the Constitution. There should have been an overwhelming protest against the creation of the Federal Reserve Board in 1913. “There should have been” includes a long list right down to the very day this is being typed and into the foreseeable future, as it becomes apparent what should have been done each day along that road called time.

One thing to be remembered is this: the government of a federal republic cannot be derelict in its duty unless the people as a whole, the voting public, is derelict in theirs!

The current situation is being cemented by importing aliens by the millions to dilute the older population of Americans who might see the direction the nation is headed and take action. The solution to that problem is to bring in those who could care less as long as they can feed off the fat of the land and exist at citizen taxpayer expense. Then they demand voting rights as non-citizens or vote anyway, citizen or not, because more idiots are at the helm of the various voter registration bureaus in each state’s counties.
Then people ask what to do about this mess.

Those who voted for either major party candidate in the last presidential election shouldn’t have the gall to ask, and those who voted third party did what they could legally, but if their pathetic numbers indicate the sum of thinking people in America, then the country has not only been infested with Rottenhead but the whole fish stinks and is fast headed for the trash can. Sorry, it was a great swordfish, a beautiful specimen, but it got Rottenhead Infestation and was lost.

The so-called federalized education system is doing its best to make sure that younger citizens never learn the truth about the founding fathers of America and what they were seeking to do. The present day media is making certain that the general public listening to a few minutes of news has no idea what’s going on in the US because they never hear the truth, there is no longer any competition among the newspapers or radio stations because they’ve been gobbled up by a few cooperating corporations with the same agenda.

Darkness has fallen over the land and few know why
The people who protest seldom get a letter to a congress critter read, they get a form letter reply thanking them for their input. These same people seldom get a letter to the editor published in a major newspaper. They have no voice and no one wants to hear their complaints.

This is the liberty for which our military personnel are fighting and dying so we can spread it around the world?

The world already has Rottenhead Infestation in nearly every country one can name and a few none of us can pronounce. This is the work of the globalism that is controlling every aspect of our lives right down to how much we should weigh and what we should eat, breathe, drive, read, hear and speak.

War is the ultimate failure of diplomacy and we have failed because we are always at war. We use our military in the wrong places at the wrong times and for the wrong reasons. The nation is geared up to declare immediate martial law against its own people while proclaiming it is liberating the slaves in other nations. That is the ultimate in hypocrisy and disorder at the top.

If ever there was a time to call a national referendum, it is now
Why don’t we have one? Because a federal republic needs no national referendum and the United States never was a “democracy” in spite of the misuse of the term everywhere. But if the government is going to call itself a democracy, then a national referendum makes consummate good sense, and it is time to sound the call to arms to protest the loss of jobs, the treasonous actions of the leadership, the illegal conduct of foreign wars not in the national interest, the misuse of the military, the intrusion into the private lives of citizens, the threats to disarm the population and the unconstitutional buildup of a massive federal government.

It seems that the forced downsizing of the federal government and its illegal conduct would greatly reduce the illegal income tax burden and save Social Security as well as liberating our own slaves.

Or is this no longer the home of the brave?

1 thought on “The Seese Chronicles: Disorder from the TOP or “rotting from the head“”