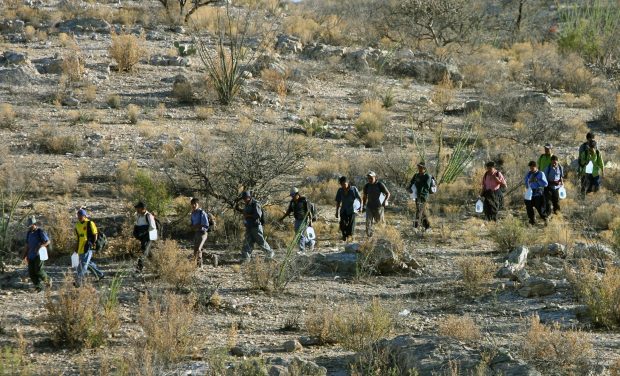 Washington, D.C. (November 17, 2022) – The signing of the Hart-Celler immigration bill in 1965 launched a new era of mass immigration, contrary to policymakers’ promises. Today on Parsing Immigration Policy, Peter Nunez, chairman of the Center for Immigration Studies board reflects on the impact that bill and other major policy changes have had on the flow of immigration, both legal and illegal.

Nunez, a former U.S. Attorney for San Diego and a former Assistant Secretary of the Treasury for Enforcement, speaks to the historical link between massive immigration and the level of drugs coming into the country. He emphasizes the difference between the way the media covers the topics today versus several decades ago, when, for example, President Jimmy Carter was forced to feign concern for the impact of immigration and appoint the Select Commission on Immigration and Refugee Policy, chaired by Rev. Theodore Hesburgh, President of Notre Dame. The Hesburgh Commission recommended that Congress enact legal sanctions on employers of illegal workers, which eventually shaped the 1986 Immigration Reform and Control Act. Later, a 1997 report from the U.S. Commission on Immigration Reform, led by civil rights icon Rep. Barbara Jordan, would recommend a reduction in legal immigration, a rejection of guestworker programs, and further steps to address to illegal immigration.

From border enforcement to employer sanctions to amnesty to the rule of law, Nunez walks the listener through the last several decades of immigration history. In conclusion, he ponders who will be the next champion for the American worker and the rule of law?

In his closing commentary, Mark Krikorian, the Center’s executive director and host of Parsing Immigration Policy, discusses the possibility of immigration legislation, such as an amnesty for farmworkers and/or DACA recipients, during the upcoming lame duck session of Congress, and argues that no measures should be considered until the administration commits itself to enforcing current immigration law.

1 thought on “Reflecting on Half a Century of Mass Immigration”