Politics under our form of government were never intended to be about power. 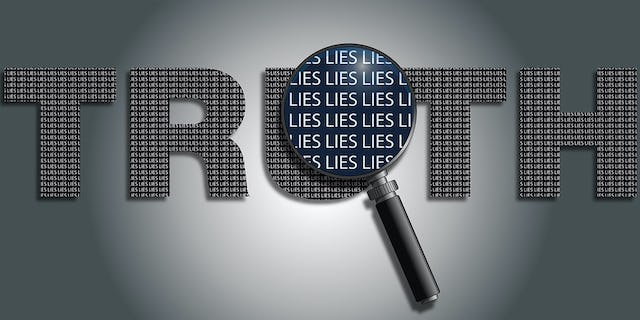 Truth is often difficult to express. To tell the truth is to acknowledge both successes and shortcomings. Tragically, failure has overtaken the truth, compelling politicians to spread lies and mislead the public in an effort to solidify their positions of power and garner support for their administrations.

Is the incessant onslaught of lies that politicians tell us the result of their dishonesty or of our propensity to believe them? It seems that both sides are responsible: the general population for their willingness to tolerate falsehoods if it advances their beliefs, and politicians for their improper exploitation of the people they serve.

Due to our desire to believe them, lies are effortless to tell. We have grown so used to politicians lying to us that we consider it a routine facet of everyday life. When discussing candidates during an election, the issue is often not who lies but who lies the least.

This dilemma is not exclusively the responsibility of one party. This is a problem that affects both the Republican and Democratic parties. Considering the two previous presidents, it has become very evident that both Donald Trump and Joe Biden are liars. Each politician has justified their deficiencies in various ways that range from half-truths to complete fabrications to blame-shifting. The only objective argument in favor of one candidate over another is that one politician lies less than the other — but debating in relative terms obscures the problem and sustains the cycle of falsehoods that harms our nation as a whole and its most vulnerable communities.

We would never tolerate a friend, family member or co-worker who lied to the level that politicians do, so why do we support strangers whom we know intend to deceive us? Why do individuals wear T-shirts displaying the name of their favorite politician? Why do they put bumper stickers with their names on their cars? Why do they disparage, alienate and abandon strangers, family members and friends in defense of these liars?

But let’s be clear: The public is also at fault because the people cannot handle the truth. Frequently, the truth contradicts their core concepts of right and wrong, as well as their views of reality and fiction. The truth often compels people who are already prone to cling to their views to alter their viewpoints. Politicians are aware of this, and they are also aware that it is exceedingly difficult to change people’s minds; as a result, lying is no longer dangerous for them, rather it becomes simple, lucrative and virtually the only obvious course of action when a politically harmful situation emerges.

Consider how far we might go if we were prepared to listen to the truth — if every politician was open and forthright about the status of our nation. Every deficiency that our leaders have would be laid bare for the general population to analyze and address together. It would provide us the power to tackle society’s most pressing issues without having to struggle to identify them in the first place. And it would prevent resources from being directed to artificial problems that are used to conceal the real problems, instead directing those resources toward resolving the actual problems we face.

As a result of President Biden’s misrepresentation of the definition of a recession, the public became complacent and demonstrated a lack of urgency in resolving a vital crisis that was and is unfolding. When former President Trump lied about the election being stolen from him, he diverted resources that might have been utilized to address urgent problems in order to further his political goals; innocent civilians were even imprisoned and died because of it.

This does not entail that the public should be privy to all government information, since secrets frequently protect the public from mass panic and prevent foreign enemies from utilizing certain information against us. However, it is easy to understand how a high degree of honesty in non-national security areas might assist our nation when it comes to matters that our elected representatives can resolve.

If we held our leaders accountable for their deceit, we might envision a future with fewer problems and greater prosperity. It may be simpler to lie than to accept criticism, and it may be more challenging to keep authority while acknowledging one’s flaws. Nevertheless, politics under our form of government were never intended to be about power; the highest levels of government should be occupied by noble men and women willing to sacrifice their personal prosperity in pursuit of liberty.

Written by Armstrong Williams for The Patriot Post ~ October 20, 2022

1 thought on “Why Do We Accept Deception?”