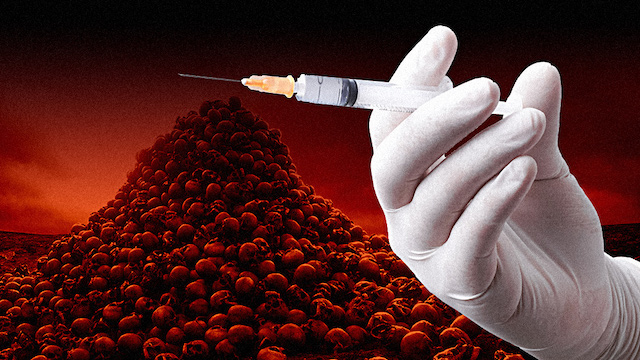 It is literally preposterous to witness the US government’s “war” against drugs and guns, while completely ignoring the mass deaths caused by the Covid vaccines. Just take a look at the data and statistics and you will see the elephant in the room. Sure, any unnecessary deaths are a tragedy, but if the so-called “war on drugs” and “mass shootings” are such huge ordeals, then addressing the current vaccine genocide happening from the Fauci Flu shots should be of utmost priority.

In 2021, there were roughly 100,000 drug overdoses in the USA, according to provisional data from the CDC’s National Center for Health Statistics. Opioids were involved in over 68,000 of those deaths, whether by prescription or street use, accounting for 75 percent of all drug overdose deaths each year. This statistic includes synthetic opioids, namely fentanyl and methamphetamines (crystal meth).

Gun-related murders and suicides are not quite as numerous as drug overdoses, but still paint a grim picture in this country, year in and year out. Most gun deaths occur in metropolitan cities run by Democrats. According to Pew Research Center data acquired from the FBI and CDC, roughly 45,000 Americans die from gun violence each year. More than half of those gun-related deaths are suicides.

We talk about guns and opioids killing everybody, but it’s nothing compared to vaccines. We hear all about violent drug gangs but what about the medically-violent doctor gangs that push toxic Covid “vaccines” on the populace? The country seems so concerned about deathly gun shots, but what about deadly needle shots? There’s so much news about drive-by shootings, but what about drive-in pharmacy related killings? Talk about suicide, isn’t it suicide to voluntarily get a deadly vaccine that’s killing off 20 times MORE Americans than guns and drug overdoses? 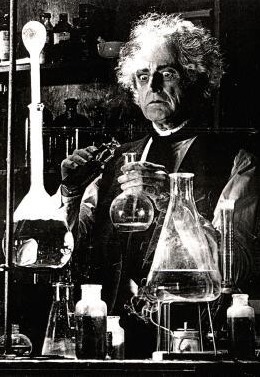 In fact, mRNA injections are worse than bullets and drugs, because they keep on “firing off” rounds into the vascular system long after the initial penetration of the body. mRNA injections spread toxic prions throughout the body, and are killing hundreds of thousands of Americans annually, since they were introduced for the scamdemic in 2020. Make no mistake, spike protein syndrome is a serial killer beyond any mass shootings or opioid overdose epidemic going on in this country.

The Fauci Flu jabs are weapons of mass destruction. Where is the outrage? Why hasn’t the US government declared a “War on Vaccines” yet? Is it because the mass media and CDC have brainwashed the populace into believing that they’re “safe and effective?” Why does the left want GUN CONTROL but not VACCINE CONTROL? We’re witnessing mass spike protein overdoses across the nation leading to an untold number of deaths. These are mass vaccine shootings that never make the news. This needs to change.

There certainly is a pandemic in effect right now, but it’s not about coronavirus, it’s about chemical violence via spike protein injections. It’s mass murder, and it’s not just among the adults, but teens, children, babies, pregnant women and the human beings in their wombs. It’s time for vaccine control, and this includes the Fauci Flu jabs, the seasonal flu jabs, the HPV jabs, the polio jabs, and much more.

mRNA jabs are spreading prions in the blood that cause deadly clots, leading to myocarditis, pericarditis, heart attacks, strokes and “sudden adult death syndrome.” All these “unexplainable” sudden deaths happening to athletes, military members, pilots and other perfectly healthy people, right after they get the clot shots, need to be chalked up for exactly what they are – vaccine violence. The truth is coming out. Spread the word.