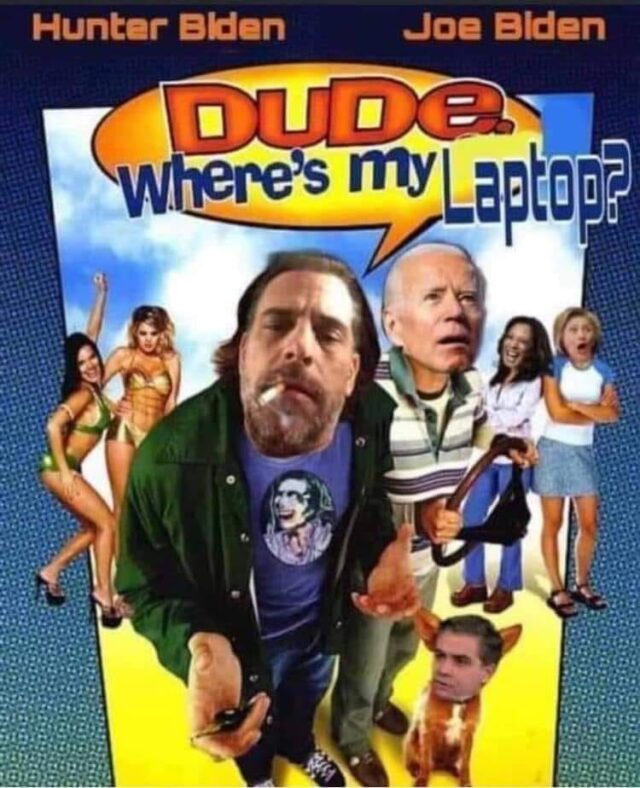 Recent whistleblower allegations make it abundantly clear that the FBI sat on Hunter’s laptop and thereby helped rig the 2020 election in favor of his dad.

The more we learn from an ever-growing cadre of FBI whistleblowers, the more disgusted we are by what the bureau has become: a state security force for the Democrat Party.

“The FBI slow-walked its investigation into Hunter Biden’s laptop,” reports the Washington Examiner’s Jerry Dunleavy, “including telling some bureau employees not to look at the hard drive belonging to President Joe Biden’s son, according to reported whistleblower disclosures made public by a top Senate Republican.”

That Republican, Wisconsin Senator Ron Johnson, the ranking member of the Permanent Subcommittee on Investigations, sent a letter to DOJ Inspector General Michael Horowitz on Tuesday about these new whistleblower claims, following disclosures made public last month that the bureau had wrongly labeled the contents of Hunter Biden’s abandoned laptop as “disinformation” in 2020. (And here, let’s not forget about the more than 50 former senior intelligence yes-men who permanently shredded their ostensibly good names by signing a letter in which they disingenuously claimed that the New York Post’s blockbuster story about Hunter’s laptop “has all the classic earmarks of a Russian information operation.” No, let’s not forget them — especially not John Brennan, nor James Clapper, nor Mike Hayden, nor Mike Morell, nor any of their trucklings. But we digress.)

Here’s a telling passage of Johnson’s letter to IG Horowitz:

Recently, my office heard from individuals with knowledge of the FBI’s apparent corruption. After the FBI obtained the Hunter Biden laptop from the Wilmington, DE computer shop, these whistleblowers stated that local FBI leadership told employees, “You will not look at that Hunter Biden laptop” and that the FBI is “not going to change the outcome of the election again.” Further, these whistleblowers allege that the FBI did not begin to examine the contents of Hunter Biden’s laptop until after the 2020 presidential election — potentially a year after the FBI obtained the laptop in December 2019.

Clearly, the bureau’s corrupt leadership learned a lesson from the failure of former Director James Comey, who, just before the 2016 presidential election, tried to thread a needle by admonishing Hillary Clinton for her unlawful use of a private email server while meticulously avoiding the use of any language that would hold her criminally accountable. Nearly three years later, when Hunter Biden’s laptop was presented to the FBI in December 2019 — a full nine months before the 2020 presidential election — the bureau’s leadership refrained from giving Hunter the kid-glove treatment they gave to Hillary in 2016. Instead, they simply buried the evidence. Instead, they went all-in to protect candidate Joe Biden and put their finger on the scale of the 2020 election.

No, the ghost of Venezuelan dictator Hugo Chavez didn’t commandeer our nation’s Dominion voting machines. But the 2020 election was still rigged six ways till Sunday. And the FBI — our Federal Bureau of Investigation — was neck-deep in it. 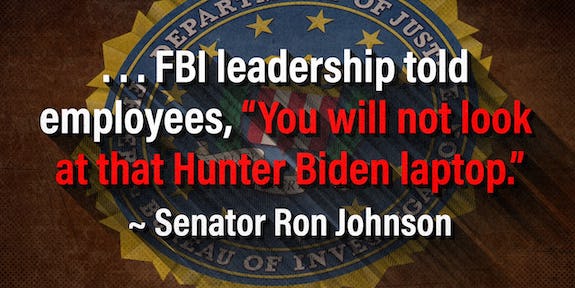 Elsewhere in matters regarding the deeply disturbed Biden Crime Family, two Florida residents pleaded guilty yesterday in federal court in New York City to having stolen the diary and other possessions of Joe Biden’s daughter, Ashley, and selling them to the conservative watchdog group Project Veritas during the final weeks of the 2020 presidential election.

So the diary is real... Which means its contents are real. And those contents include entries accusing Joe Biden of taking inappropriate showers with his daughter. Are those allegations true? Only Joe and Ashley Biden know. But the very thought of it is deeply creepy.

Normally, this wouldn’t be news, given the Sniffer in Chief’s well known tendencies toward young women, but the FBI went to extraordinary lengths to recover this diary, even searching the private homes and offices of Project Veritas, and raiding the New York home of founder James O’Keefe.

Written by Douglas Andrews for the Patriot Post ~ August 26, 2022