You wake up before the sun rises and watch the video one more time, to be sure your eyes have not fooled you. The footage is grainy, shot by surveillance cameras, lit by street lamps. The hazy flash of fire takes your breath away.

Blake Angerer, age 30, can be seen on the video stumbling into a nearby Circle K, pants around his ankles, his shoulders, arm and lower body still ablaze. Witnesses douse Angerer with water.

The video lasts just shy of four minutes. It ends with Angerer prone on the store’s grimy tile, smoke rising from his body.

Angerer’s sister, Riquida, described him on the family’s GoFundMe page as “a son, a father, a brother, a cousin, a friend, and all around a good looking and goofy charismatic man who really wanted to see the greatest parts of life.”

Angerer was also a fighter. With third-degree burns charring over 70% of his body, he lasted more than three weeks in intensive care.

Angerer died on the morning of July 26.

In a gentler time, the deliberate barbecuing of a human being would draw more than a couple minutes on the news and a few headlines buried beside the furniture ads. But this is 2022, where you live amid mass shootings, double-digit inflation, monkeypox and COVID, political flame wars and an invasion of the U.S. Capitol by angry fools. Angerer’s killing and the arrest of 41-year-old Luciano Simmons drew little more than a blip, despite the sheer depravity of the crime.

Per the police report, Simmons, the alleged firestarter, plunked down a buck at Circle K.

Seconds later, “Luciano is on camera filling up the water bottle with gasoline, and shortly after the victim and witness are observed running from the area of the bus stop to the entrance of the Circle K while the victim is on fire.”

You stare at the frozen frame of the video for what feels like an hour. A wisp of smoke sits frozen on the screen.

You contemplate not Simmons’ derangement, which you can only chalk up to mental illness or evil, but the response from the rest of us.

A few stories, a few thousand clicks, some upset stomachs. Two hundred and twelve donations on the Angerer’s GoFundMe page, which currently totals $10,531 raised toward a goal of $100,000. Ten people in a Valley of 4.9 million have posted words of support and prayers.

You dwell on the acronym used today to express disgust via text message. SMH. Shaking my head.

Cold-blooded murder used to stop us. Neighbors would drop off dishes covered in foil. Strangers help defray the cost of medical treatment or the price of a coffin and a funeral.

The name of the victim would become, at least for a few days, a top-of-mind presence in our collective consciousness. 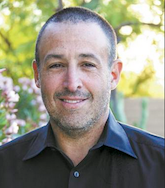 The death of Angerer once would have made you look until you could no longer stand it, until one human being’s searing agony forced you to look away.

You start the video one final time, to be sure your eyes have not fooled you. And to be sure you still have a heart beating and aching in your chest. Because in the end, really, what else is there?

Written by David Leibowitz for The West Valley View ~ August 5, 2022