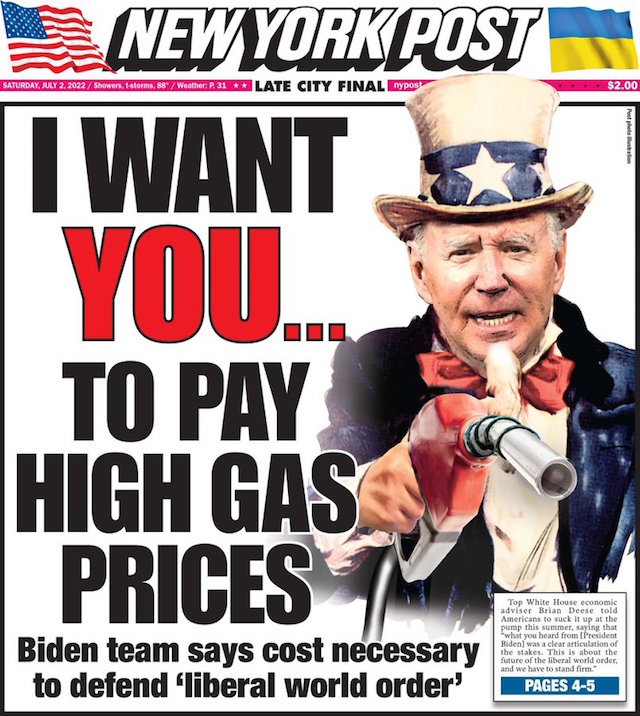 Gas prices in the United States have skyrocketed to an all-time high. The pain Americans are feeling “at the pump” has nothing to do with what Joe Biden’s White House puppets say. Painful price increases for all types of fuel began long before Vladimir Putin invaded Ukraine.

It is not the “Putin Price Hike.” That’s just one of many “Joe Biden B.S. slogans.” The reason Americans are being financially devastated by high gas prices is because of Biden’s radically progressive policies.

America’s economy is being wrecked by Biden’s energy policy. So, what does he do to help ease the burden on Americans? The same clown who ended the Keystone Pipeline and shut off drilling permits on federal lands is another destructive U.S. energy decision.

That’s 40 percent of U.S. domestic oil production. From a country that is just months removed from being energy independent under President Trump, Joe Biden has decimated America’s energy stability. It is the single-most destructive policy agenda in the history of the White House.

This is not by accident. Joe Biden and the radical left are instituting every single energy policy and decision on purpose. They do not care about how much hardship the American people endure. They want their radical new energy policy to take over.

These policies will not only bankrupt the country, but also most of America’s middle class. This is what many economic experts fear could trigger an eventual recession into a nationwide depression.

But Biden’s clueless blowhards keep telling Americans not to worry. If we don’t want to pay $10 for a gallon of gas, we can just pony up $60,000 for a new electric car. That’s beyond unrealistic. It’s insane. Millions of Americans cannot afford this expenditure.

Biden and the climate clowns know that. It’s part of an underlying agenda interwoven with their Green New Deal. Force Americans to make hard choices or be driven into poverty. On the campaign trail, Joe Biden said emphatically that he would end fossil fuels at all costs.

He meant it. The cost would even be the destruction of the country. It’s possibly the most senseless abuse of power in the history of the U.S. presidency. On one hand, the Biden puppets act sympathetically towards the hardships Americans are facing. 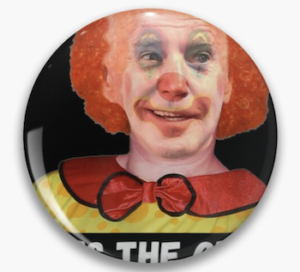 But then, they propose atrocious policies that will make things worse. Texas Governor Greg Abbott called out the Biden administration for their blatant hypocrisy. Abbott said, “You say that you want to bring refineries back online to get more gas to the pump at lower prices.”

Abbott has vowed to take action against Biden’s EPA from enacting this destructive proposal. The Texas governor is committed to “protect the production of oil, and the gasoline that comes from it.” The truth behind this horrible policy is being disguised as an “EPA proposal” It’s not.

More officials must push back against these radical climate policies before it’s too late. Otherwise, we’re going to watch our nation as it melts away. Joe Biden and the radical progressive left are determined to destroy the country. PERIOD!

2 thoughts on “Biden Moving to Close Largest Oil Field In US, Accounting for 40% of All Domestic Production”