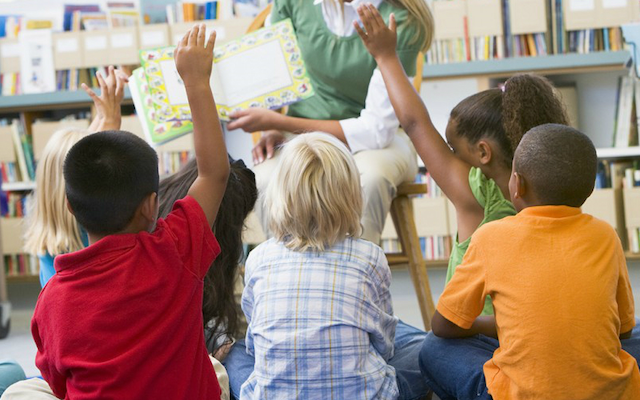 Citing secretive public school polices across Missouri, an education watchdog is warning parents in every state to wake up, pay attention, and save their children from far-left wokeness.

Andy Wells, who leads the Missouri chapter of No Left Turn in Education, is demanding answers after learning public schools are hiding behind a state-approved policy that allows teachers and counselors to hide private conversations with students from their nosy parents.

Wells, who has three children in public schools, tells AFN school counselors and teachers have personally admitted to him the policy is real and they are hiding behind it. The reason, they told him, is to create a “safe space” at school in case the home environment is not.

“That’s my problem,” he says, “(because) when educators start taking away my parental rights to raise my child, I have issues.”

Much like Wells, parents of public school students across the U.S. are learning – quite belatedly – that taxpayer-funded classrooms have been taken over by far-left teachers. Much like a student of Marxism, those teachers view right-wing parents as literal enemies of progress, or at least their twisted view of progress, and the teacher is determined to win over the mind of students despite disapproving parents.

That ongoing indoctrination, aided by the Missouri policy, is why Libs of TikTok, the popular Twitter account, constantly finds videos of defiant teachers bragging online about their efforts to indoctrinate students. Hence a catch-phrase such as “safe space” has become a red alert that teachers and administrators are not on alert for signs of physical abuse but are determined to introduce left-wing ideology inside the walls of the school.

And there are plenty of examples. A sickening video posted this week shows a bearded female teacher, who is transitioning into a man, describing “happy gender euphoria moments” in a class of confused preschool children. It was not clear from the video where that teacher is employed.

A second video, also uploaded this week, shows a dress-wearing male teacher who planned to “come out” in front of his high school students while wearing women’s underwear. That teacher works at Loyola School, a college-prep Jesuit school in New York City.

Fox News: MSBA created policy
According to a Fox News story about the policy, the Missouri School Boards Association provided the legal framework in which public school districts do not have to disclose conversations about “academics and personal issues” that occur between students and school staff.

The secretive policy was even given a name, Policy JFGA, and it even cites a federal code about family education and privacy rights to defend its authority.

After learning about the approved policy, and reviewing the federal law, Wells told Fox News he was shocked to learn the Missouri School Boards Association was using the federal Family Protection Act, which guarantees transparency, to keep parents in the dark.

“I am not a lawyer but I can read,” Wells complained to Fox News. “So I looked at the [U.S. Code] that this fell under, and that’s ‘Family Protection Act’ that says parents can have openness to their child’s records. And that nothing can be hidden from Mom and Dad. How in the world did that tie in?”

For the Fox News article, an attorney for the Missouri School Boards Association said the state policy does not allow school personnel to keep information from parents unless there is a criminal suspicion of abuse in the home.

“All MSBA model policies,” the attorney claimed, “comply with state and federal law.”

However, according to the Fox News article, the policy further states “it will not honor requests by parents/guardians” to be informed before those discussions take place, and parents will be ignored if they ask to be present during such discussions or if they demand that such private discussions do take place at all.

The policy was adopted in 68 public school districts in the Missouri during the end of the 2020 school district or at the beginning of 2021, the Fox News story said.

After reviewing the policy, a legal advisor told Fox News the state school board group is advising school districts to bar parents from being involved with their children at school. That likely infringes on the 14th Amendment right for parents to be the “primary decision maker” in the health, welfare, and education of their children.

“These school systems are seemingly in a race to see who can generate the most lawsuits,” Ian Prior, with America First, told Fox News.

Parent to other parents: Time to fight back
Asked by AFN if he is taking action, Wells says No Left Turn has contacted Missouri’s attorney general about the policy and is gathering “evidence” to go after the MSBA for violating parents’ rights.

Missouri’s attorney general is Eric Schmitt, a Republican. He is already familiar with the Missouri School Boards Association: He is suing the MSBA over allegations the state group was associated with the infamous “domestic terrorism” letter from the National School Board Association to the Biden administration.

Meanwhile, Wells says parents have to pay attention and have to fight back.

“There are conversations like this,” he warns, “happening nationwide.”