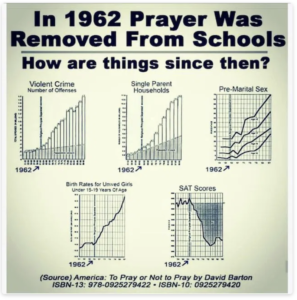 “Socialism and communism presuppose that their system represents the true order of the ages and is the answer to man’s problems. This assumption is one that assumes man’s problems to be not spiritual but material, not sin but environment. Change man’s environment and you will then remake man, it is held. The answer to man’s problems is therefore not the spiritual regeneration of man by Jesus Christ but the reorganization of society by the scientific socialist state.”

I submit that the public school system falls squarely into this category. One of its major founders and promoters, Horace Mann, was a Unitarian who felt man’s problems could be dealt with if he were just given trhe proper environment to livein and public education was a major part of that environment–an environment mostly free from the influence of church schools.

Socialist Robert Owen felt the same way–give man the proper environment and you will create the perfect man. The fact that none of these schemes has worked never seems to occur to these people. They keep trying to reinvent the wheel with the same failed agenda–and the public school system is part of that agenda.

Today, the public school system is putting forth programs that its adherents might well have been hung for 150 years ago, Now I am not advocating anything that dramatic by any means, but it is not to our credit as a culture and a people that we put up with much of what passes for education in public schools today. Most of it is not education in the true sense of that word–it is leftist propaganda designed to make our kids environment something other than we could hope for.

So I contend that the professional educrats have, for decades now, been trying to create the “new Soviet Man” and they have been using our public school children as guinea pigs in that experiment. And we continue as a people to put up with that. Again, this extreme tolerance is not to our credit.

RELATED: Getting Rid Of Public Schools

So now we have good Southern folks defending the public schools in spite of their sordid history in the South. Is it any wonder we are losing our culture to the Yankee/Marxist types? We continue to defend part of what has torn down our culture and then wonder why we are losing! God help us.