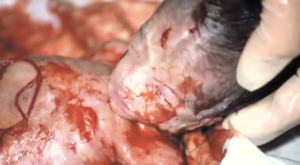 The First Church of Eradicated Infants, Bishop Chuck Schumer presiding, aka the Democratic Party, has deemed that the national right to dispense with unborn infants must now be made into a national sacrament to be perpetuated on all and observed by all.

Hence, he will go before Congress and introduce The Women’s Health Protection Act. The Democratic Church–er, sorry, I meant Party wants to guarantee women the sacred right (sacrament) to murder their babies right up to the moment of birth–a fitting sacrifice to Molech, don’t you think? Bishop Schumer seems to think so as he is the one pushing for this sacrificial sacrament to be enacted.

Schumer wants this sacrament enshrined so that all women will have the right to choose (to murder their babies) which is a most sacred rite of his church. We might ask about those babies about to be “eradicated.” Do they get to choose? Well, not really. Everyone knows aborted babies have no rights and Schumer’s church plans to make sure it stays that way.

All he has to do is make sure the Senate is okay with killing babies, but then half the Senate already belongs to his church so all he needs to do is convince a few RINO’s that infanticide is good for the country. Bishop Schumer is most ably assisted in his program for the eradication of unborn infants by his Chief Deaconess Alexandra Ocasio Cortez. 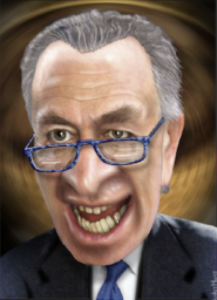 Those not knowing much about political religion might wonder who the ultimate leader of Bishop Schumer’s church is. Well, he is one who has often been called “The father of lies” or in more recent times his congregation has known him as “That old deluder” so called because he is in the habit of leading his congregation in the wrong direction and deluding them into believing in fictional scenarios. I’ll bet some of you have guessed his identity by now. Whether he realizes it or not, this is the pseudo-deity that Schumer serves. Remember that when you consider voting for any of his disciples for public offices.

Submitted to Kettle Moraine, Ltd. on May 15, 2022 for publication by the author.

1 thought on “Benson: Abortion As Religion”