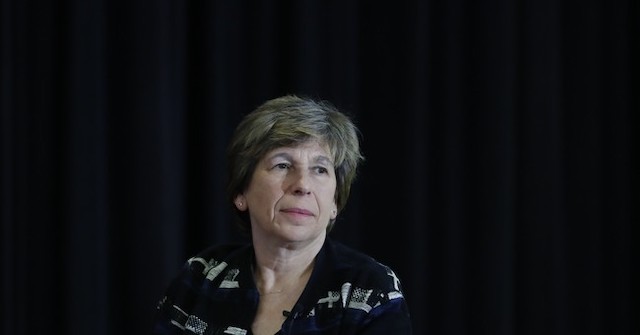 American Federation of Teachers President Randi Weingarten said on a recent podcast that GOP-backed parental rights legislation could have alarming results and even suggested that such laws are how “wars start.”

During an appearance on a podcast with radio host Rick Smith earlier this month, Weingarten criticized parental rights bills like the one recently signed into law in Florida.

The AFT president also dismissed the suggestion that teachers are engaging in efforts to make students think in a certain way or are exposing children to inappropriate content.

“We’re not indoctrinating,” she said. “We’re not grooming. … What we’re doing is making sure we educate kids. We keep them safe. We keep them welcome. And we teach them how to think, not what to think.”

Weingarten and the AFT have been vocal critics of Florida Republican Gov. Ron DeSantis and his state’s push for parental rights legislation regarding instruction on critical race theory, and sex and gender.

On Friday, DeSantis signed legislation into law banning CRT in Florida’s schools. The Stop the Wrongs to Our Kids and Employees Act, otherwise known as the W.O.K.E. Act, equips Floridians with the tools they need to combat indoctrination at school and work.

And Florida’s Parental Rights in Education bill, signed into law last month, prohibits instruction on sexual orientation and gender identity in grades kindergarten through third grade and limits age-inappropriate discussions of sexuality in other grades.

Dubbed by critics as the “Don’t say gay” bill despite there being no mention of a ban on the word, H.B. 1557 also allows parents to access their children’s education and health records and requires schools to notify parents of changes to their child’s mental, physical or emotional well-being. The bill exempts schools from disclosing information to parents if a “reasonably prudent person” would be concerned that doing so could result in abuse, abandonment or neglect.

Similar legislation has been introduced in other states, including Alabama, Louisiana, Tennessee and Ohio.

Weingarten claimed on the podcast that “right-wing extremists” were “trying to put back in the closet people who may be gay or trans.”

The issue of parental rights has become a hot-button topic since the start of the COVID pandemic. School board meetings across the country have included parents protesting school mask mandates, critical race theory instruction and transgender policies.

1 thought on “‘The Way in Which Wars Start’”