Editor’s Note: The following was posted in the Reply section of a recent column written by William Heino Sr. in response a previous column by Justin O. Smith for the Federal Observer. We warrant that the author’s comments were well worth a direct posting of his entire reply. (However, it has also been rumored that William Heino Sr. may in-fact be deceased.) ~ Ed. 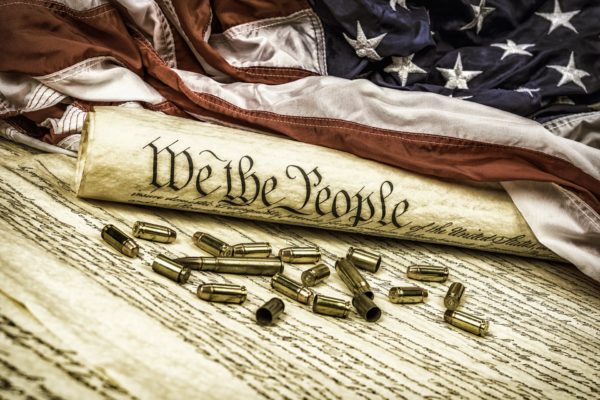 The operative phrase in the Second Amendment is “the right of the people to keep and bear arms shall not be infringed”. The prefatory phrase about militias is an ablative absolute clause giving context for the main clause, and it is illuminating in that function. The Second Amendment does not say it protects the right of state militias to bear arms.

No one thinks that when the First Amendment speaks about the right of the people to petition the government that it means only to protect the rights of lobbyists for state governments. It means individuals. What the Second Amendment is saying is you can’t disarm the people under the pretext of regulating the militia.

The Founding Fathers had a strong fear of standing armies in peacetime but also knew from the Revolutionary War that militias alone would not suffice to defend the nation. A militia was formed by temporarily mobilizing citizens; an army, especially as they were known in Europe then, was typically made of career soldiers. An army was necessary for defending the country, the Founders concluded.

Meanwhile, anti-federalists had an abiding suspicion of ruling tyranny such as they saw in Europe, where citizens could not own guns, and therefore insisted that Americans not be disarmed. The Second Amendment’s purpose is to give citizens a way to defend themselves, not only from potential tyrants but also from threats from any violent criminals that the government, i.e. local police departments, leaves unchecked and free to roam, just as we see today under many Democrat led state governments and this Biden regime, that is doing everything under the sun to overwhelm and collapse the system, in order to usher in an authoritarian socialist regime. 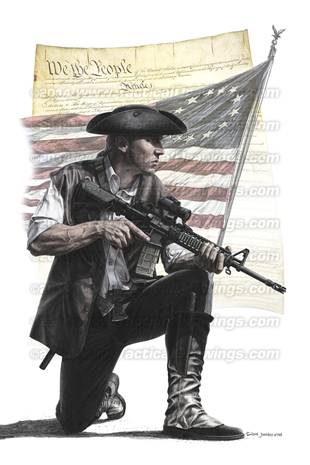 The Biden regime stands as a perfect example of the reason the Founders were so insistent on the inclusion of the Second Amendment, and many of the representatives at the Constitutional Convention would not sign the Constitution until it had been added to The Bill Of Rights.

So cavalier an attitude as You present towards a right that acts to restrict government’s intrusions and tramplings of all our other rights, if adopted by the masses en masse and in the largest numbers, would most assuredly see freedom and liberty disappear for many long years, in America, ushering in the “thousand years of darkness” that Ronald Reagan often warned us to stand against in every endeavor concerning government and its expansion.

Give a wink and a nod when some government agent locks us down again, or you and others are marched off to a new American Gulag, for any reason handed down by some new tyrant, because you relinquished your individual God-given right — seen in Nature and recognized under Natural Law too — to defend yourself and others. And I’ll be standing on a hill overlooking the entire sorry episode, along with other Liberty-minded Americans, with rifle in hand in preparation to fight however hard and long, in order to remain free and to ensure that America’s Children and Their Children May Live Free far into the future.

Your understanding of the Second Amendment is deeply flawed and totally incorrect.

The Second Amendment reads: “A well regulated Militia, being necessary to the security of a free State, the right of the people to keep and bear Arms, shall not be infringed.”

Please note the words “the right of the people”. It doesn’t go into depth or detail as to which people, collectively or individually, specifically because in the context of the day, it was understood that all men carried firearms for self-defense, hunting and resisting subjugation and casting off tyrants.

Yes, people do sometimes fight among themselves, but militias are reserved for especially large outbreaks of civil unrest and upheaval or attack and invasions from abroad, such as the burning and looting of one’s city in BLM fashion or hordes of illegals flooding across the border, and/ or standing against any state or federal government, should it ever prove necessary to defend against the abrogation and attempted suppression and eradication of all our other Inalienable God-given Rights. 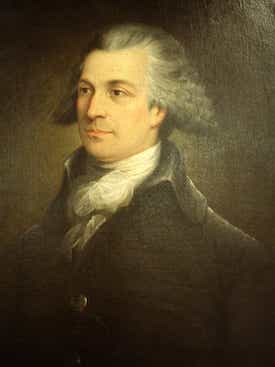 If one is attacked in public by a robber or other person intent on doing us harm, we don’t call for the militia to protect and defend us. And we cannot place our life in the hands of a misguided hope that someone else, a policeman or several policemen, will arrive to save us. In the end, one’s self-defense is left finally and only to his own ability to defend himself, and the Founders full well understood this fact having lived it; they didn’t feel the need to spell out a fact of life readily evident at the time.

The punctuation makes the amendment pretty self-explanatory to anyone who isn’t attempting to undermine an inalienable right. And the fact that you failed to note and conveniently skip over the U.S. Supreme Court’s ruling in 2008 District of Columbia vs Heller, speaks to your own anti-liberty agenda.

The Supreme Court ruled that the right to keep and bear arms is an absolute inalienable God-given right, that preexists the Second Amendment and government itself. They went even further as they stated that the individual has the right to carry weapons of the same exact technological advancement and sophistication as the U.S. military.

You may use it “with a wink and a nod” but the Second Amendment was written specifically to state what the government cannot do to the people. Specifically, it cannot infringe on the people’s right to keep and bear arms, all people, collectively in militias or as individuals standing on the street corner for any well founded reason based on a need to defend themselves.

With or without the Second Amendment, our right to pick up arms for the lawful purpose of self-defense remains, but it opens the door for more egregious federal government overreaches against all our other individual liberties and rights and places a greater burden on the people to safeguard their freedom. Without this restraint, any future Democratic Party led government would most certainly move to confiscate all Americans’ firearms and set forth to eradicate the Bill of Rights too.

In the ‘Federal Gazette’ June 18, 1789, Tench Coxe wrote: “As civil rulers…may attempt to tyrannize…and…might pervert their power to the injury of their fellow citizens, the people are confirmed by the next article (2nd Amend) in their right to keep and bear arms.” No writer of that era disputed or contradicted Coxe’s analysis that the Second Amendment protected the people’s right to keep and bear their private arms.

One man alone has the absolute right to resort to force of arms to keep himself free from subjugation and tyranny of any group, entity or high-handed government that seeks to eradicate all his other inalienable rights. If several come together for that same purpose under the name “militia”, that is well and good and increases their chance of success, but it doesn’t negate the fact that this is an individual right of all men, women, and yes, even children who are old enough to be properly instructed in the use of arms. 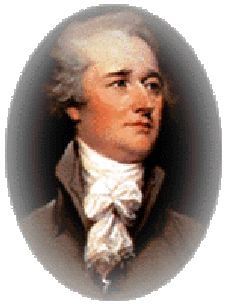 “Swords and every other terrible implement of the soldier are the birth-right of an American… The unlimited power of the sword is not in the hands of either the federal or state governments but, where I trust in God it will ever remain, in the hands of the people,” wrote Alexander Hamilton in Federalist Paper #29. Hamilton, like many Americans today, did not view the right to keep and bear arms as limited to only active militia members or the National Guard.

In 2010, even the far left Justice Elena Kagan admitted that the individual’s right to bear arms has “binding precedent” in the Supreme Court and “is settled law”. And although he may have been simply saying it out of political expediency, even as late as December 22, 2012, then-President Barack Obama stated: “Look, like the majority of Americans, I believe that the Second Amendment guarantees an individual right to bear arms.”

As an American citizen, I repudiate the Progressive Democrats’ view on the Second Amendment and any attempt to ban semiautomatic weapons that have perfectly legitimate uses, under the guise of conducing our safety. One does not become something other than American in order to solve American problems, especially once one understands the uniqueness of our free institutions and the freedoms found in America — unknown in any other land.

This is all the more reason to resist any erosion of our individual rights. When our Founding Fathers forged a land “conceived in Liberty”, they did so by “watering the Tree of Liberty with the blood of Tyrants” with musket and rifle. They reacted to attempts to dissolve their free institutions and to keep them from establishing a free nation as a nation of armed men. And, when they sought to record forever a guarantee of their rights, they devoted one full amendment out of ten to nothing but the protection of their right to keep and bear arms against government interference.

All Americans should give proper recognition and respect for this right most valued by Free Men!

“Who are the militia? Are they not ourselves?” – Tench Coxe (Pennsylvania Gazette Feb 20 1788)

1 thought on “Smith to Heino: Tit for Tat”