A lesson from the past that WE have not learned from. You are sadly missed J.D. ~ Ed. 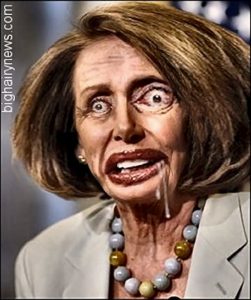 August 23, 2010 ~ Back in the 1950’s, while still a lad in high School, I delivered a speech at the University of South Carolina. I don’t remember a great deal of what I said in that particular speech, but I remember I called notice to the dangers of socialism and communism — and the danger of an all powerful government they both demand.

I remember, too, that I mentioned how socialist governments, such as the one in the socialist Soviet Union used the power of the government to keep their citizens in check, in line, if you will. I mentioned how the secret police of the Soviet Union would come knocking at the doors of their citizen’s homes at the “dead hour” (3 AM), smash it in and drag the would be dissident off to the Lubyanka Prison – and if he/she lived through the interrogation, would, quite likely, wind up in a gulag prison somewhere in the frigid climes of Siberia, there to work for the state while valiantly trying to remain alive.

Living in the socialist Soviet Union meant towing the socialist line. One thing, which was never tolerated by the state, was disagreement with the state. If one dared to openly disagree with the government of that socialist country, you would be investigated, immediately, and fairly soon you would find yourself in the bowels of the Lubyanka Prison — or some other suitable site for “intensive interrogation then on to digging latrines in the frozen ground of Siberia.

So – what does this have to do with America today? I assure you it has more to do with the situation we Americans find ourselves in today than I care to dwell upon. But we will dwell upon it for a few moments.

Unfortunately, America finds herself on the threshold of just such a society ruled over by socialist thugs in charge of our government in Washington, DC.

We are all aware of the debate over the attempt to locate an Islamic Mosque just 600 feet from the ghastly hole in the ground of New York City where the World Trade Center stood until a handful of Muslims brought it down by crashing two loaded airliners into it killing nearly 3,000 innocent Americans including men, women and children.

Recently, the President of the United States announced, pointedly, and publicly, his support for the placement of that mosque so near the still tender scar on America’s soul.

An overwhelming majority of Americans have voiced their disapproval of that particular site for an Islamic mosque. Islam was the religion of those Muslims who hi-jacked those planes and deliberately flew them into the Twin Towers committing mass murder in the name of Islam. Some of the voices raised in disapproval are those of prominent citizens. They joined the protesting voices booming from the conservative side of the blogosphere including the voice of “yours truly.”

Just last week, the Speaker of the US House of Representatives, Nancy Pelosi, a democrat, suggested that those who disagreed with the placement of that mosque at Ground Zero should be investigated.

When I heard what the Speaker had said, my blood ran cold. This was exactly the same thing I had warned the audience about back in the 1950’s at the University of South Carolina. I was just a high school kid then, but I already, instinctively knew way down deep, where I live, that socialism was a product designed and manufactured in Hell and marketed by Satan, himself. I knew then, as I know now, that socialism is nothing more than a pleasant looking façade for pure evil.

Speaker Pelosi’s suggestion that those who disagreed with President B. Hussein Obama’s position of support for the Ground Zero Mosque should be investigated is straight out of the handbook socialists. Never, ever, disagree with them! They will make every effort to destroy anyone with the temerity to disagree with their “statist” philosophy.

Speaker Pelosi’s suggestion to investigate those, like myself, who disagree with Obama, is just one link in the chain of socialist slavery with which the democrats are working, tirelessly, to shackled America. They are making it known they are coming after anyone who threatens their hold on power.

As the American Mainstream Media has voluntarily pledged their fealty to the socialist government of B. Hussein Obama, it is the conservative voice of the blogosphere that presents the most vociferous challenge to Obama, Pelosi, and Reed and the socialists in the American government. We have NOT escaped their notice and, rest assured, they are coming after us anyway they can.

The democrats have guided America into socialism and they are now afraid Americans will turn on them and snatch the reins of power from them. They are in a state of near panic while the level of anger toward them, and what they have done to America since 2006, has risen to an explosive level. That explosion is set for detonation on November 2nd of this year – and the democrats know it.

Publicly, the democrats deny it, while privately they are sick at heart over their blow-hard, narcissistic, President who has not only embarrassed them, but may have led their mutual political party to near destruction.

As our national leaders observe the quiet rebellion of its citizens exercising their constitutional; right to assemble and petition the government for redress of their grievances — under the banner of the Tea Parties, they react outwardly in surprise and anger. That is their public reaction. Privately, they know the game is over and their over-reaching gamble to turn America from a constitutional republic to a socialist sewer has failed.

It is incumbent upon the American electorate to hammer the nails into the coffin lid of the Democratic Party’s attempt to “Fundamentally Reform” America into a “collectivist” socialist state. We can do that by going to the polls this coming November and voting as many democrats out of office as we possibly can — and voting against new Democratic Party candidates seeking office, as well. Doing so will insure they cannot perpetuate those socialist programs they managed to activate since 2006 – and that includes ObamaCare.

In addition, we must make absolutely clear that we insist the GOP, once bestowed with the power of leadership, defunds, and repeals those socialist programs with which the democrats have yoked America.

The GOP must understand that if they try and fail, or if they refuse, America will be very unforgiving and will vote them out of office, as well. The stage will then be set for a thriving third party, which will replace one of the two major parties in existence today — just as the Republicans replaced the Whig Party in the 19th century.

As a young High School student in the 1950’s I intuitively knew this fight was coming. Now that it is here – we must not fail. 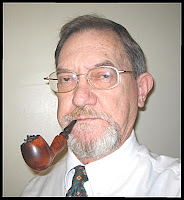 ~ The Author ~
J. D. Longstreet was a conservative Southern American (A native sandlapper and an adopted Tar Heel) with a deep passion for the history, heritage, and culture of the southern states of America. At the same time he is a deeply loyal American believing strongly in ‘America First’.

He was a thirty-year veteran of the broadcasting business, as an ‘in the field’ and ‘on-air’ news reporter (contributing to radio, TV, and newspapers) and a conservative broadcast commentator.

Longstreet was a veteran of the US Army and US Army Reserve, as well as a member of the American Legion and the Sons of Confederate Veterans. A lifelong Christian, Longstreet subscribed to “old Lutheranism” to express and exercise his faith. Before his passing Mr. Longstreet was a long time contributing columnist to the Federal Observer.