It’s been almost a year, and in spite of the fact that most people were watching their televisions almost non-stop on January 6 and 7, 2021, most did not understand they were watching a false flag operation. They saw what the Deep State/Globalists (DS/G) wanted them to see – an attack on the Capitol by Trump supporters. Media added the false “shootings and beating by the conservatives.

The people did see a coup happen, yet many (most) don’t realize it. We were told that the actions on the 6th in the Capitol by the crowd was an insurrection. But, when the walls, barriers, fencing went up “protecting the people inside”, there was silence. No explanation. That, should have signaled us that a coup had been successfully staged and achieved – by the DS/G. We The People are no longer allowed to enter; a puppet government has been put in place. Yet we hear not a word from those in place or from the people they are now controlling through their actions – us! And, because all watch MSM, most people are referring to Biden as President of the United States, and Harris as Vice President. They are not.

The populace knows that Biden isn’t capable of having a coherent thought, let alone run a country. Yet, they send out tweets and posts about “what Biden’s program on such-and such is”, or his take on the stolen election. From day one (January 6), we should be using the Deep State or Globalists, because they are the ones running things and feeding Biden all his lines (whether he reads them correctly or not). Instead, the people are doing exactly what the Globalists want – sitting on their bums and doing nothing but whining about Biden’s latest directive. We have no sitting president. We have no government. Biden and Harris are paper dolls – poorly drawn ones.

Look at the Cabinet the Globalists put in place – the freakiest, most ignorant, offensive people they could find for each post. And everyone sits there, complains, and not one seems to understand that we ourselves are being ridiculed by the powers-that-be for putting up with this travesty.

I understand that our forefathers lived in a much smaller universe, where they could organize and warn people when things happened. We have resources; we could organize. But, as F.A. Hayek wrote in The Road to Serfdom:

“Facts and theories must this become no less the object of an official doctrine than views about values. And the whole apparatus for spreading knowledge – the schools and the press, radio, and motion picture – will be used exclusively to spread those views which, whether true or false, will strengthen the belief in the rightness of the decisions taken by the authority; and all information that might cause doubt or hesitation will be withheld. … Everything which might cause doubt about the wisdom of the government or create discontent will be kept form the people. … There is consequently no field where the systematic control of information will not be practiced, and uniformity of views not enforced.”

Over time, our populace has been cowed; many are afraid that there might be some truth to the lies we are being told. They don’t want to be challenged to defend a position they are not sure of; and they are not sure of their position because they do not study any of the issues in depth, but often get by on other’s tweets and posts. That, and they have not thought deeply about any issue. They have been dumbed down for years without realizing it and trained to bow to the peer pressure of political correctness.

It is very difficult to undo the lies. I worked with a secretary who, early on, fed me a lot of details about things in the firm. After some nine or ten months, I realized she was a compulsive liar. Then, I tried to go back and figure out what things she had told me so I could take them out of my head. It can’t be done. You can get rid of some, but after years in the school system and watching mainstream media, there are too many lies that are there telling you they are God’s honest truths.

Until we accept that a coup has overthrown our government; that we acknowledge that both parties are complicit; until we call a spade, a spade we cannot begin to take back our country. Biden is not our President; we have no president now. If we do in the future, it will be up to you and me. To do so, we must know the enemy. 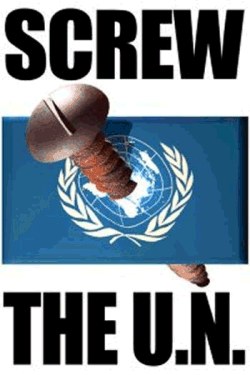 Bill Clinton’s Executive Order 13107, was written to usurp our Constitution by the United Nations Declaration on Human Rights. On December 10, 1983, under this EO, the U.N.’s Earth Charter was to be our law of the land. Under our Constitution, “pursuant to Article II, section 2, clause 2, “treaty obligations” shall mean treaty obligations “as approved by the Senate”. Did the Senate ever approve of this? Too many things over the last decades, especially the last three decades, have been done totally ignoring our Constitution and founding documents. This EO, not only made U.N. doctrine “the legal standard for all U.S. policy and legislation, but it also created a new “federal oversight agency that has the task of monitoring both state and federal laws to ensure compliance with the ratified and unratified (see Agenda 21) U.N. treaties. Our Constitution is still there but being ignored.

We didn’t get to this point just in the past year or two. For decades our government has been gutting the Constitution, and changing the way our government works, It was a constitutional republic. As it is now, it is in the last stages of becoming a technocracy.

As I wrote in my previous article “Cancel Culture: Reinventing Government”, two ideas were central; first, the unconditional need to transfer power from Congress to the executive branch. Second, that government employees need to be empowered. ‘This approach implies a transfer of power from Congress to the bureaucracy.” Congress is, and has been, being bypassed for some time, through the transfer of power to the executive branch. “In other words, the balance of power has shifted, destroying the checks and balances in the constitution at the local level and, therefore, destroying representative government. This power shift is a philosophical shift to a completely new form of government. It is a merger between government, corporations, and non-governmental organizations.’” This reinventing of government is more the converting of a constitutional republic into soviets, but under less offensive (but no less despicable) names.

Here they are call councils, but, in reality, they are soviets – unelected bodies that spew more laws, rules, regulations than even Congress could make, all because there are dozens of these councils. And they are regional – from counties up to national. Think of East Tennessee Quality Growth, which is a 16-county Sustainable Development council. There are also the Departments within the regional councils – Homeland Security, Housing and Urban Development, Environmental Protection Agency, Department of Agriculture, and on and on and on. Even the Department of Justice.

Again, I chastise those in Congress who pretend that “all is well” and America is still the stronghold of Liberty. Watching you tell us what we need to be doing – all the while that the Deep State/Globalists are dismantling our once greatest country the world had ever seen and replacing it with a dictatorship that cannot be overwhelmed by force because it is run by the global mega-corporations.

There is no magic wand to bring the Great American Experiment back, but we can rebuild it piece by piece locally. And there are great patriots doing just that – Not only in America but Canada and other places. Truth will not die.

First, we must speak the truth, the truth that a coup occurred, and we are living under direction of foreign interests as well as the evil intended Deep State. The most effective way we can fight back is locally. Take back our country from the ground up.

Written by Kathleen Marquardt for the American Policy Center ~ December 4, 2021.

Kathleen Marquardt’s commentaries may not be reprinted or republished without permission. All Rights Reserved. Submitted to and published by Kettle Moraine, Ltd. by arrangement, and with permission of the author. 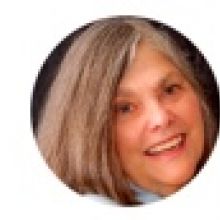 ~ Author ~
Kathleen Marquardt has been an advocate for property rights and freedom for decades. While not intending to be an activist, she has become a leader and an avid supporter of constitutional rights, promoter of civility, sound science, and reason. She is dedicated to exposing the fallacies of the radical environmental and animal rights movements. She has been featured in national publications including Fortune, People, the Washington Post, and Field and Stream, as well as television news programs such as Hard Copy, The McLaughlin Group, Geraldo, and many others. Today, she serves as Vice President of American Policy Center. Kathleen now writes and speaks on Agenda21/2030, and its threat to our culture and our system of representative government.