The famed Canadian academic has had enough of cancel culture and “diversity.” 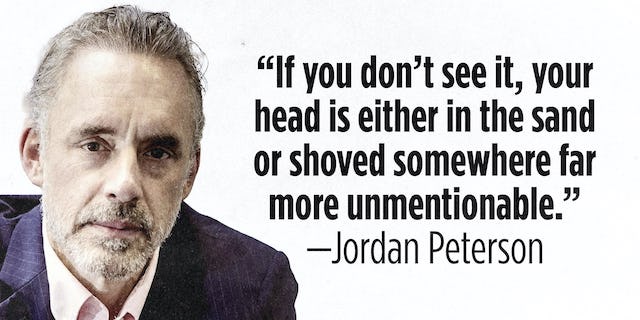 Millions of American college students have returned to the classroom, either on campus or virtually, now that the spring semester is underway.

Unfortunately, too many of them are getting a healthy dose of anti-Western and anti-American propaganda.

These students are not taught by scholars seeking truth or exploring the ideas that built the world’s greatest civilization but by leftist ideologues who view themselves as foot soldiers in the movement to undermine the foundation of our society.

Academia is run by woke totalitarians, from administrators to professors to support staff. They’re all in on leftism, and they’re all driven by a desire and a self-perceived obligation to erase whatever traditional values or beliefs students bring with them. And while this may have begun in the Ivy League, it’s just as pervasive at military academies, state universities, and junior colleges. And it’s certainly not limited to America.

Those who aren’t intentionally part of the agenda, or who privately expressed concerns about the lack of freedom on the college campus, often play along to avoid condemnation from their colleagues or to avoid losing their jobs.

As popular Canadian author, speaker, and professor Jordan Peterson recently wrote in a lengthy and blistering letter announcing his resignation from the University of Toronto, he’s had enough. He called himself “academic persona non grata, because of my unacceptable philosophical positions.” He lamented that his “qualified and supremely trained heterosexual white male graduate students (and I’ve had many others, by the way) face a negligible chance of being offered university research positions, despite stellar scientific dossiers.” This is primarily because of the “Diversity, Inclusivity and Equity mandates (my preferred acronym: DIE)” that govern school decisions.

“Some of my colleagues even allow themselves to undergo so-called anti-bias training, conducted by supremely unqualified Human Resources personnel, lecturing inanely and blithely and in an accusatory manner about theoretically all-pervasive racist/sexist/heterosexist attitudes. Such training is now often a precondition to occupy a faculty position on a hiring committee.”

Unfortunately, those like Peterson who choose to leave are quickly replaced by anyone willing to click their heels and salute to equity, diversity, anti-racism, and inclusion.

In the classroom, many students enter college for the first time having already been taught to hate their country as far back as elementary school where Dr. Seuss is banned, but Heather Has Two Mommies is recommended reading. Even worse, they’ve been conditioned by social media to shame or cancel anyone with an opposing viewpoint. They’ve never read a real book in their lives, but they know all about the evils of capitalism and systemic racism.

“This illiberal ideology has been working its way into our institutions for a very long time, advanced not by any adherence to the Enlightenment ideals of the academy, but by the patient and unrelenting pursuit of political power,” writes political analyst J. Scott Turner. “It has been remarkably successful, advancing slowly behind the cloak of benign and soothing names: ‘woke,’ ‘DEI’ (Diversity, Inclusion, Equity), ‘social justice,’ ‘environmental justice,’ etc. The takeover is now virtually complete.”

These professors have nothing other than contempt for the small-town kids from the Midwest or the suburban students who believe in God, think America has been a force of good in the world, or believe that the college classroom should be a place for the free exchange of ideas.

This isn’t about the crazy left-wing professor who professes his love for Marx but generally allows his students to think and write as they please. This is about indoctrination, and there are countless examples of it every year.

Turner adds, “Academics who still hold the university’s Enlightenment ideals to heart find themselves forced to make a very hard choice: stay and fight the good fight, or leave and fight from the outside.”

All of this didn’t happen overnight, and it didn’t happen by accident. What was sold as a way of making humanities classes more diverse is instead an intentional effort to dismantle the pillars of our society.

In an ironic twist, with Americans waking up to the reality that students are being trained to fight for the Woke Army, professors who started all this and proudly wave the flag of diversity, anti-racism, and inclusion now claim their academic freedom is under assault.

The good news is that we seem to be reaching a breaking point. Maybe we ought to borrow an approach from the Left by “reimagining” our higher education system and defunding colleges and universities. Or maybe we should stop pushing college on our kids altogether.

As long as students graduate from college ready to dismantle the society that gave them the opportunity to learn in the first place, we’re better off keeping them away from woke professors.

That’s because this totalitarian leftism is everywhere, Peterson says, and “if you don’t see it, your head is either in the sand or shoved somewhere far more unmentionable.”

He concludes with a biblical warning: “He who sows the wind will reap the whirlwind. And the wind is rising.”