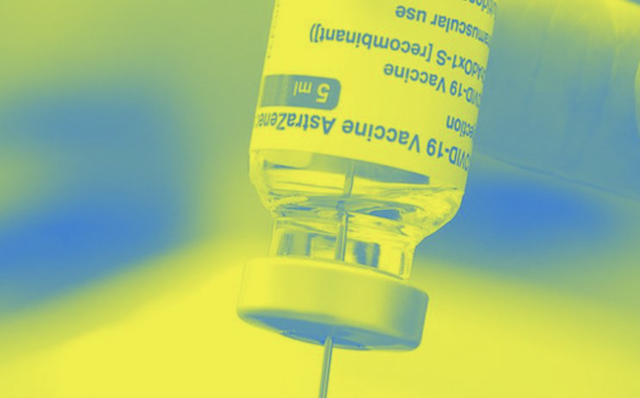 If you watch and believe the mainstream media news outlets or get your news from social media you probably believe the pandemic is continuing to propagate because of the people who have not or will not get vaccinated.

According to one immunologist, this is not only false but the opposite is actually true. He claims that it is the vaccinated population that is driving the variants and propagating the continued spread of COVID.

Dr. Byram Bridle, Associate Professor of Viral Immunology at the University of Guelph in Canada, recently told Laura Ingraham this and more.

He explained that the “spike protein” generated by the vaccine, which triggers the body’s immune response, is attaching itself to many different tissues throughout our bodies, such as the lungs, the spleen, and other tissue, which causes our immune response to attack all of these cells, not just the infected cells.

Dr. Bridle said, “We’re gonna cause cells all throughout our body to express essentially this flag on the surface, this spike protein and then (inaudible) as we start mounting an antibody response, which takes about a week to two weeks, it’ll peak at about three weeks. Yes, that’s gonna try and clear the spike protein from the body, but the problem is, the spike protein is now on our own cells. So It’s going to be killing cells in our body.”

Bridle also explained that the manner in which we are rolling out and disseminating the vaccines applies what he called “selective pressure” to the virus that actually promotes mutation and the emergence of variants.

Bridle goes so far as to say that the unvaccinated are building natural immunity naturally, which is known to be stronger than immunity gained from the vaccine. This is in no way a pandemic of the unvaccinated.

Dr. Bridle responded with, “Absolutely it’s untrue to be calling this a pandemic of the unvaccinated. The reality is, the nature of the vaccines that we are using right now and the way we are rolling them out, are going to be applying the selective pressure to this virus to promote the emergence of new variants. If anything, the unvaccinated are likely acquiring – probably in pretty substantial numbers, naturally acquired immunity. which I would argue from an immunological perspective, is going to be much more protective than the vaccine-induced immunity against novel variants.”

Just follow the science…the real science and the real facts. Not the garbage that the media and the Democrats try feeding us.

2 thoughts on “Doctor’s Dire Warning Regarding Vaccines: “We Have Made A Mistake” (VIDEO)”