The measure bans abortions after about six weeks of pregnancy. And it effectively deputizes ordinary citizens to sue people involved in the process. 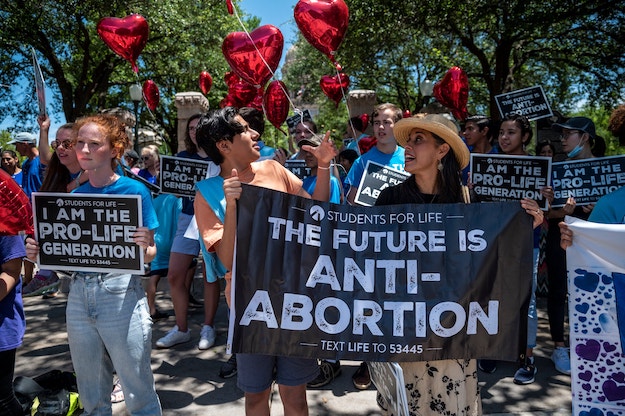 Anti-abortion protesters stand near the gate of the Texas State Capitol after Gov. Greg Abbott signed a bill outlawing abortions after a fetal heartbeat is detected in May in Austin, Texas.Credit…Sergio Flores/Getty Images

People across the country may soon be able to sue abortion clinics, doctors and anyone helping a woman get an abortion in Texas, under a new state law that contains a legal innovation with broad implications for the American court system.

The provision passed the State Legislature as part of a bill that bans abortion after a doctor detects a fetal heartbeat, usually at about six weeks of pregnancy. Many states have passed such bans, but the law in Texas is different…

Ordinarily, enforcement would be up to government officials, and if clinics wanted to challenge the law’s constitutionality, they would sue those officials in making their case. But the law in Texas prohibits officials from enforcing it. Instead, it takes the opposite approach, effectively deputizing ordinary citizens — including from outside Texas — to sue clinics and others who violate the law. It awards them at least $10,000 per illegal abortion if they are successful.

“It’s completely inverting the legal system,” said Stephen Vladeck, a constitutional law professor at the University of Texas at Austin. “It says the state is not going to be the one to enforce this law. Your neighbors are.”

The result is a law that is extremely difficult to challenge before it takes effect on Sept. 1 because it is hard to know whom to sue to block it, and lawyers for clinics are now wrestling with what to do about it. Six-week bans in other states have all been blocked as they make their way through the court system.

The Texas Legislature began a special session on Thursday, with a conservative agenda taking aim at voting rights and other issues.

The law comes as the right to an abortion and the laws governing it are in flux. Abortion opponents have scored major victories in state legislatures over the past decade, with restrictions whittling down access through much of the Midwest and South. The 2021 legislative season has set the record
for the most abortion restrictions signed in a single year in the United States, according to the Guttmacher Institute, which tracks abortion statistics and supports abortion rights.

The Supreme Court has shifted, too, with conservatives now making up a solid majority, and an abortion case before the court next term. 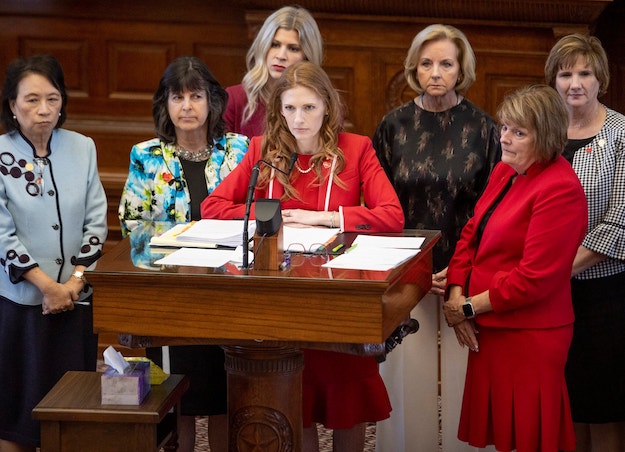 Critics say the Texas law amounts to a kind of hack of the legal system. In an open letter this spring, more than 370 Texas lawyers, including Professor Vladeck, said a central flaw was its attempt to confer legal standing on abortion opponents who were not themselves injured. They called the law an “unprecedented abuse of civil litigation,” and said it could “have a destabilizing impact on the state’s legal infrastructure.”

“If the barista at Starbucks overhears you talking about your abortion, and it was performed after six weeks, that barista is authorized to sue the clinic where you obtained the abortion and to sue any other person who helped you, like the Uber driver who took you there,” said Melissa Murray, a law professor at New York University.

Some statutes have authorized private citizens to sue to enforce a law even if they themselves are not harmed, said Howard M. Wasserman, a law professor at Florida International University in Miami. What is different about Texas’ law, he said, is that private enforcement is not in support of state enforcement; it is in lieu of it, a switch he said was not good for democracy.

What is more, a Supreme Court ruling last month involving a credit reporting company rejected the concept of people suing when they were not concretely harmed. That case involved lawsuits in federal court, but Professor Wasserman said lawyers for the clinics would probably use it in their arguments in Texas.

The most common place for clinics to challenge abortion restrictions in Texas has been federal court, where they have won more often than at the state level. Supporters of the new law say it is an attempt to argue abortion cases in the courts of the state where they originated — Texas — without anti-abortion measures immediately being suspended by a federal judge, as often happens.

John Seago, legislative director for Texas Right to Life, the largest anti-abortion organization in the state, said that some people in the anti-abortion movement thought “this was not working in federal court, so let’s try a different route.”

Lawyers for the clinics argue that a six-week abortion ban is clearly unconstitutional, and that the Texas law is designed to insulate the state from a challenge. Federal protection currently extends to pregnancies up to the point at which a fetus can sustain life outside the womb, about 23 or 24 weeks. Given that federal courts are experienced at deciding constitutional rights issues, lawyers for clinics say, it is logical to go there for relief. The new law, if it takes effect, will make that much harder.

The clinics and their staff “are stuck in state court in a defensive posture, and there’s a lot at stake,” Professor Wasserman said. “If they lose, they are on the hook for significant sums of money.”

The Texas law has energized abortion opponents. Mark Lee Dickson, director of Right to Life of East Texas, said he knew many people who were eager to sue abortion providers if the law took effect. 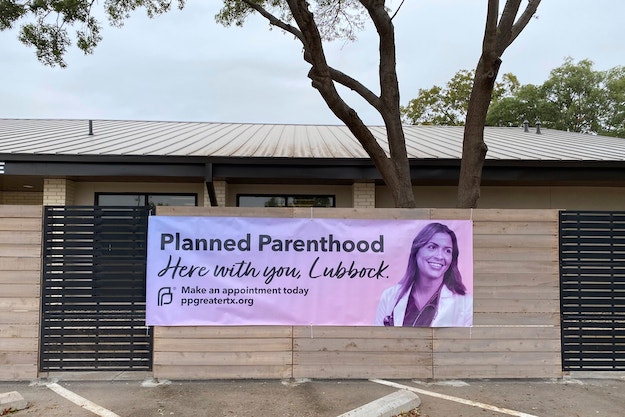 Last year, he pushed for an ordinance in Lubbock, whose legal structure was similar. He said that more than 200 churches were part of that effort. Mr. Dickson travels to cities to help them pass such ordinances, and noted that there are almost 30 in the state that have done so. Lubbock was the only one with an abortion clinic, but the sentiment among people in those places could power a broader effort to enforce the state law, he said.

He said people wanted to sue as an expression of their deeply held belief that abortion is wrong. They saw the procedure as “murder of innocent children and they wanted to do everything they could to stop that,” he said.

Lawyers for abortion clinics are deciding how to respond. Julie Murray, a lawyer for Planned Parenthood Federation of America, said that if the law took effect, clinics and doctors could defend themselves against the citizens who sue and might prevail in individual cases. But what one judge does in one case is not binding on other cases, and she said there could be a flood of suits across Texas’ 254 counties.

Let there be LIFE!

Mr. Seago said he did not think there would be a flood of suits. State judges will still expect claimants to build a case, and identifying targets — a specific abortion that was performed later than the fetal heartbeat was detected — would not be easy, he said.

“There’s still quite a lot of hoops to jump through for a claimant to prevail,” he said.

But even the threat of suits can cause a clinic to shut down abortion services. That is what happened in Lubbock. Planned Parenthood, which has a clinic there, sued the city after the ordinance passed in a voter initiative in May. But the judge threw out the case, saying the organization did not have standing to sue the city. The law went into effect June 1, and the clinic has stopped providing abortions. Last week, Planned Parenthood filed a motion to reconsider.

Angela Martinez, manager of the Planned Parenthood health center in Lubbock, said she had to tell patients they would now have to drive five hours each way to Dallas for care.

“It’s a difficult conversation,” she said.

Written by Sabrina Tavernise for The New York Times ~ July 9, 2021