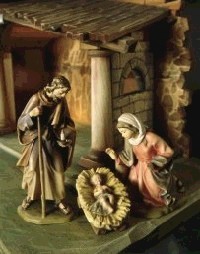 The development of human life begins with the sexual intercourse of a human male and female, of child bearing age, roughly from the age of about 13 to 50. There have been some exceptions with the test tube babies, artificial inseminations and, at least, one, challenged, incident about 2020 years ago.

For the woman’s part, the intercourse is either voluntary or involuntary. If it was involuntary it was rape. If not, then it was voluntary and pregnancy was a foreseeable possible result. That was the choice the two of them made & they are responsible for the consequences. To maintain otherwise is akin to saying that the death of someone from an MVA is not a foreseeable possibility when one drives while drunk. To deny responsibility is to deny human autonomy and dignity!

In this regard, Hugh Hefner and his moronic, endless Playboy philosophy is one of the worst people of the twentieth century. He was the one who spearheaded the idea of sex at any time; just because it feels good. It led to his endorsement of abortion on demand, the inevitable consequence of it.

Individual, separate human life begins when a single sperm penetrates an egg and unites with its nucleus. It is then an embryo and has all of the genetic information to become a fully mature fetus, ending in birth or interruption through either a miscarriage (medically called spontaneous abortion) or purposely induced through an abortion procedure.

The embryo/fetus is a distinct genetic entity from the mother. The most stark and tragic demonstration of this is Rh discrepancy between the mother & fetus.

There are three major categories for blood types. The two most basic are A & B. An individual may have one, both or neither, in which case it’s called O for zero. That person will have neither antigen but will have antibodies to both; A type has the A antigen and B antibodies, B type has B antigen and A antibodies.

A & B were the first discovered but there was another that caused problems and nobody could figure out why it was happening. It turned out that there was a third antigen that was isolated from the blood of rhesus monkeys that humans had. Because of that, it was named the Rh factor.

A fetus can have the Rh factor, and is called Rh+. If the mother doesn’t; she is Rh negative, Rh-. During delivery, some of the fetus’ blood crosses the placental barrier to mix with the mother’s. She then develops antibodies to the Rh factor and if she has another pregnancy with an Rh+ fetus, her antibodies cross the barrier in reverse to mix with the fetus’ blood and destroys it, killing the baby. The baby is genetically distinct from the mother!

Most medical authorities recognize life as beginning at fertilization, others at implantation into the wall of the uterus. In either case it is very early and long before the time at which most abortions, whether spontaneous or induced, occur.

Most spontaneous abortions during the first trimester (three months) are due to fetal deformities. It’s mother nature’s way of saying this one is no good, get me another. Some are due to trauma.

Most abortions, spontaneous or induced, happen well after a fetus begins to take on recognizable human form. Many happen well after the nervous system begins to form, leading to the likelihood that the fetus reacts to stimuli, even feeling pain. Almost all occur after the heart has formed and is beating!

The fetus, whether as a result of rape or voluntary sexual activity, can do and has done nothing wrong. Why should it be deprived of life due to the evil of another.

This is in contrast to capital punishment for violent criminals that pro-choicers often try to throw in our faces in this argument. This is a crucial point for pro-choice to absorb & address. The fetus has done nothing wrong. Why should it suffer the barbarity of abortion?

The other two cases the pro-choicers like to throw in our faces are incest and deformed infants. With fetal abnormalities, and even with incest, there is another observation; the deformed or the children of incest have often gone on to great achievement, in the arts, sciences, etc. Toulouse-Lautrec was a dwarf. Beethoven was stone deaf when he wrote the Ninth Symphony, widely regarded as the greatest in history. Stevie Wonder was born blind. Through abortion, the world would have been denied their contributions.

What others have we terminated before they were able to make theirs? The scientist who would find a cure for AIDS? Cancer? The engineer who would figure out how to get 200 miles from a gallon gasoline? A composer to rival Frederic Chopin? With 64 million abortions in this country alone since Roe vs. Wade in 1973, the chances are very good that some people with massive talents have been thwarted in their destinies.

There is no rebuttal to these facts. The pro-choice choice argument is completely bogus with no basis in reality. Choices have been made to result in pregnancies.

It is a decision that involves a third party with no representation. The debate should start & end there.

(As an aside, on this venue, I once challenged a pro-abortioner to go to an abortion facility and wait outside to observe the women as they left and see if any of them were smiling. He refused, saying that he had other things to do.

Wow, he had other things to do than to observe the aftermath of ending human life, the central moral issue of our time. Was he afraid of confronting the truth?)

And there it is. If you endorse a right to abortion, then you have endorsed the slaughter of 64,000,000 fetuses. Where does it stop? At birth? You can’t argue that anymore because Virginia Gov. Dr. Ralph Northam has already made it legal to ignore the needs of newborns to live.

It’s incumbent on pro-choicers to answer these questions. They can’t.

Dr. Roderick T. Beaman is a board certified family osteopathic physician who practices in Jacksonville, Florida. He is a published poet, has composed a blues song and is trying to have his first novel published. It deals with the dangers of big government. He offers anyone who wishes to dignify the trash he writes with a comment, to do so.