Published in ‘Profiles’ on the first generation Federal Observer, November 5, 2001 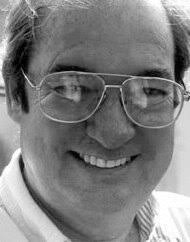 ~ Forewords: November 5, 2001 ~
I awoke a short while ago from an afternoon nap, which I find that my mind and body needs more each day. Email was the first to be opened and phone messages were next to be checked – and that is when I became aware of the passing of the Grandfather of Modern American Short-Wave Radio, William Cooper (Wild Bill).

The following are among the most important commentaries, which we received at the Federal Observer over the next day or so. May he now rest in peace.

– With a deep sense of loss and mourning we announce the passing of William Cooper. We MUST all remember his love of freedom, America, the Constitution and the values it is founded on.

– It appears at this time to be totally unrelated to the disputes he had with the federal government. All we know at this time is that he was shot and killed by an Apache County Sheriff around 12:15 AM Tuesday morning while serving an arrest warrant on a local issue. A sheriff was also wounded.

– Remain Calm! This is in no way a cause for action, but all patriots should be on high alert at this time.

– Do NOT listen to or spread undocumented and unconfirmed RUMORS! If it is not here it is not confirmed as fact. Updates will be posted here as they become available.

– We MUST all remember his love of freedom, America, the Constitution and the values it is founded on.

~ Afterwords ~
Before anyone makes too big of a deal out of this incident, you might as well know what the people on the ground in Eagar are saying. Here is the small bit of info from the old man – Glenn Jacobs – who runs the Eagar, Arizona weekly newspaper. He publishes it out of his dining room. It is the only paper published in Eagar. The old guy is deeply patriotic and would neither make up a story, nor embellish it, nor diminish it. His just always tells things as he sees them:

Apparently, Cooper had gone into town and was waving his gun around. He’d gone off the handle for some reason or something and the local police figured they had to do something before he ended up hurting someone.

This I find completely believable. I knew Cooper extremely well. We worked together VERY closely for several years. I saw him at his best, and I saw him at his worst. And I saw his volatility, the times when he was drunk and disorderly, the times when he behaved irresponsibly,….. all of those ugly things that make up “real life.” I also saw him noble and selfless and giving.

But Bill did have a dark and uncontrollable side. No question about it. This does not mean that he was not a good patriot, or that he did not teach and help a lot of people. I’m sure he did.

But to turn this death – which was so needless and for nothing — into a martyrdom, or to say that the feds did it, is unrealistic and irresponsible. It is also irresponsible to even suggest that the militias “do something about it.” I’m sorry, but the circumstances that can be clarified about the situation simply do not merit ANY response other than sympathy to his family. And it is irresponsible for the Sierra Times to claim that Bill’s death was the result of a SWAT raid. This was simply not the case.

[Editors Note: In addition, SierraTimes.com reported that Cooper was broadcasting via World Wide Christian Radio out of Nashville, Tennessee. This was incorrect. Due to Mr. Cooper’s belligerent broadcast style, Bill had not broadcast with WWCR for some years.]

In this situation, we’ll probably find that the police acted responsibly, and Bill, for all his good points and bad, died for nothing. (Written by Glenn Jacobs for the Round Valley Paper ~ November 7, 2001)

FINAL WORD: The morning after Cooper was killed, due to a phone call I had received from a friend and client, in the afternoon of the event, I packed up the truck and headed up to Eagar for the day. ~ Ed., October 11, 2020