Published in the first generation Federal Observer, in the category, Conspiracy Chronicles, January 17, 2002 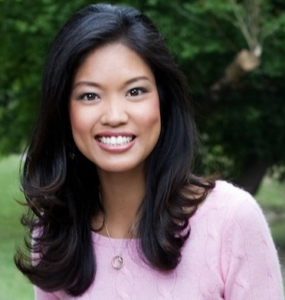 When tragedy strikes, heroes rush in selflessly. Cowards hide behind their desks and blow bureaucratic smokescreens. The Sheriff refused to cooperate with a governor”s investigative commission last year and has adamantly opposed the parents’ campaign for public accountability and disclosure.

There are good cops and there are bad cops. September 11 has not changed that fact. We saw the best of the best sacrifice their lives for their fellow citizens when the World Trade Center crumbled. But while we honor the memory of heroic police officers, we must not turn a blind eye to other law enforcement officers who are a disgrace to their profession – and a danger to the public they are supposed to protect and serve.

For nearly three years, parents of murdered students at Columbine High School have battled Colorado’s law-enforcement establishment for answers. Teen-age gunmen Eric Harris and Dylan Klebold were the primary perpetrators of the bloody massacre that took place on April 20, 1999. But did the actions – or inaction – of local authorities contribute to the tragedy?

The evidence, doggedly gathered by Columbine families and largely corroborated through extensive research by Rocky Mountain News reporters, is ugly and overwhelming. When the top cops are not twisting facts, they’re sitting on them.

Some of the most disturbing allegations involve Daniel Rohrbough, one of the 13 innocents shot dead on the Columbine campus. Jefferson County Sheriff John Stone’s office claimed the 15-year-old boy was shot twice by classmate Dylan Klebold at close range, that a bullet recovered from Daniel Rohrbough’s body was positively identified as having come from Klebold’s gun, and that many bullet fragments were found near Daniel Rohrbough’s body.

But neither ballistic tests nor forensics results nor the department’s own released evidence support these claims. And no gunpowder was found on Daniel Rohrbough’s clothes that would indicate firing at close range. Daniel Rohrbough’s parents believe a Denver SWAT team officer may have shot their son accidentally with a 9mm machine gun as the boy ran from the building. They have the taped account of another cop, which they say bolsters their case. In addition, a report by the Colorado Bureau of Investigation linked a handful of shell casings found near Daniel Rohrbough’s body to the weapon of SWAT team member Daniel O’Shea. The angle of Daniel Rohrbough’s fatal chest wound also suggests the bullet came from a gun firing up toward the student – rather than from one of the teen-age gunmen inside the school.

Daniel Rohrbough’s parents and other families went to federal court last month with damning documentation of a law enforcement cover-up. Their motion to reopen dismissed lawsuits against the police includes the following examples of obstruction and falsification:

– The department initially denied meeting with parents who had complained a year before the shooting that Eric Harris made death threats against their son. Cops later admitted they had met several times with the parents and had known about Harris’ suspected illegal activities – including building pipe bombs.

– The department assured families that all FBI documents related to the Columbine investigation have been released. But the material available to the public is nowhere near the number of pages the FBI has stated is in its files.

– The department denies unequivocally that any Columbine victims were hit by police bullets. But ballistics evidence is unresolved in both Daniel Rohrbough’s case and that of fellow student Corey DePooter, who died in the library. Testing on a bullet found in his backpack remains incomplete. On top of all this, a federal judge lambasted the judgment of command officers who blocked attempts to get medical help to Dave Sanders – a courageous Columbine teacher who was wounded while saving countless students and died after waiting three hours for help to arrive. The Sanders family is proceeding with its lawsuit, which also contends that a sharpshooter had Klebold in his sights in the library but was prevented by supervisors from acting.

When tragedy strikes, heroes rush in selflessly. Cowards like Sheriff Stone hide behind their desks and blow bureaucratic smokescreens. Sheriff Stone refused to cooperate with a governor’s investigative commission last year and has adamantly opposed the parents’ campaign for public accountability and disclosure. He scoffed at the families’ grief-paved quest for truth as “ridiculous.” For the sake of police credibility, this petty tyrant must be reined in – and the whole truth about Columbine must come out.