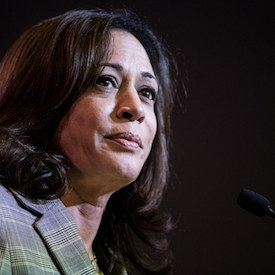 NOTE: The following was originally published on this site on July 14, 2019. Given what has transpired this week – do not think for a minute that Biden will make it. The plan is in the works, and so you must read and understand – NOW! ~ Ed.

Senator Kamala Devi Harris (D-California) cannot become president unless she is a “natural born Citizen.” The U.S. Constitution contains few eligibility criteria for our nation’s highest post. But being born to the country is one of them. Since a vice president must be able to succeed to the presidency, Harris could not run as vice president, either.

Article II, Section 1, Clause 5 requires that only a natural born citizen can serve as president. The Constitution clearly distinguishes between a citizen and a “natural born Citizen.” There is a special case of citizen who is also natural born. An interesting but often-ignored requirement is that one must also have “been fourteen Years a Resident within the United States.”

The intent indicates an attempt to ensure allegiance to the United States by a strong connection. This was the result of continued loyalties to the British Crown among Tories and others after the Revolutionary War, where some politicians even suggesting the nation should return to a limited monarchy. The Framers thus wanted to eliminate “family influences” among our presidents.

Some may think of the Fourteenth Amendment. Even if we ignore the requirement that a person born in the country must be “under the jurisdiction thereof,” the Constitution clearly recognizes that not all citizens are eligible to be president.

Both of Harris’s parents were present in the United States under student visas when Harris was born in Oakland, California. They were not U.S. citizens at that time. A student visa requires a non-immigrant intent. That is, one must swear that they have no intent to stay. Harris’ parents appear to have lied.

RELATED: Kamala my house? – NOT!

Her father is described as “an African-American from Jamaica.” Her mother Shyamala Gopalan was from India and graduated from the University of Delhi at nineteen. Her parents separated a few years after Harris was born and divorced when Harris was seven. Her mother entered the country only 4 years before Harris was born, and her father only 3 years before. 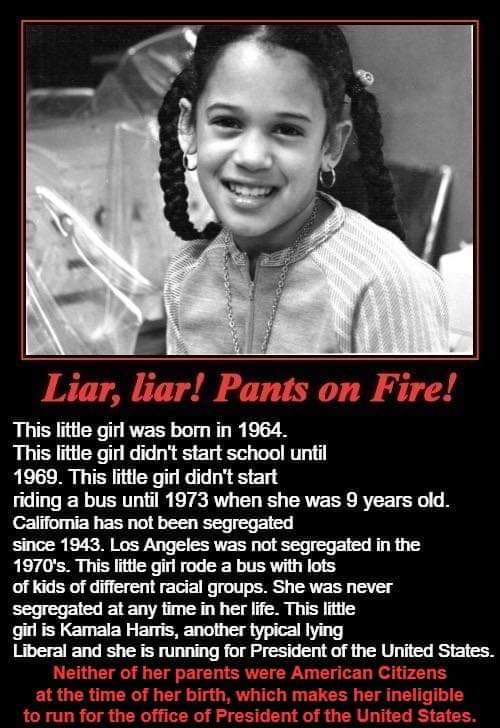 The same rule of law and legal principles apply to Senators Ted Cruz and Marco Rubio, and I said so during the 2016 Republican presidential primary. Even John McCain in 2008 had to answer challenges to his eligibility to run for president as a natural born citizen. McCain was born at a U.S. military base in Panama in the Canal Zone. Some believe that a military base counts as U.S. soil.

Congresswoman Tulsi Gabbard was born on American Samoa (not on a military base). Like McCain’s Canal Zone birth, it is doubtful that birth in the American Samoa qualifies Gabbard as a natural born citizen. Her father Mike Gabbard was also born in American Samoa but apparently has no other claim to citizenship. Her mother Carole Porter Gabbard was born in Decatur, Illinois. A respect for our Constitution and the law requires challenging Gabbard’s qualifications, the same as anyone else of whatever political party. Their background is irrelevant.

So what is a “natural born citizen?” The phrase is not separately defined in the Constitution, indicating that those who wrote it and ratified it understood it as a term of art with a well-established interpretation (understood by Congress and all thirteen original states).

The Constitution does not in words say who shall be natural-born citizens. Resort must be had elsewhere to ascertain that. At common law, with the nomenclature of which the framers of the Constitution were familiar, it was never doubted that all children born in a country of parents who were its citizens became themselves, upon their birth, citizens also.

The framers of our Constitution were students of Swiss jurist and political philosopher Emmerich de Vattel, who wrote the seminal 1758 treatise “The Law of Nations.” Vattel defines in Section 212 “The natives, or natural-born citizens, are those born in the country, of parents who are citizens.” That is, one must not only be born within the United States, but also to parents who are both U.S. citizens.

Conservative originalist Justice Antonin Scalia made clear that “The Law of Nations” is a definitive guide to help interpret the U.S. Constitution in his concurring opinion in Arizona v. United States, 567 U.S. 387 (2012). The U.S. Supreme Court also relied upon Section 212 of Vattel in The Venus, 12 U.S. 8 Cranch 253 253 (1814). On October 5, 1789, President George Washington borrowed from the New York Society Library a copy of Vattel’s “Law of Nations,” as evidenced by his entry in the ledger. 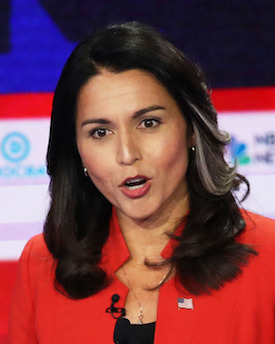 Ever since I founded Judicial Watch in 1994 and later Freedom Watch, which I now run, each time I have to stand in front of the train and yell “stop,” the establishment elites of both corrupt political parties, accuse freedom fighters and constitutionalists such as me and some of my client such as Sheriff Joe Arpaio and Dr. Jerome Corsi, as being racists. No, this is about preserving our nation, not about particular individuals abusing the rules at the moment. If we abandon the Constitution, what do we have left?

As I have before, I will take a consistent stand with lawsuits in my home state of Florida to ensure that only candidates who constitutionally qualify appear on the presidential ballot, no matter what their race, religion, ethnicity or national origin.

In 2020 neither Kamala Harris nor Tulsi Gabbard are constitutionally qualified to run for president. This was also true for Marco Rubio and Ted Cruz in 2016, and Barack Obama in 2008 and 2012. It’s time that the Constitution be respected!