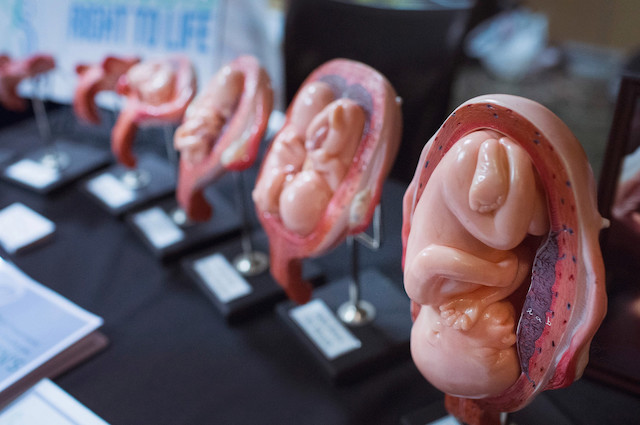 Maybe the makers of “The Big Bang Theory” don’t watch “Meet the Press.”

Hillary Clinton got into a bit of trouble when she told host Chuck Todd “the unborn person doesn’t have constitutional rights.”

Clinton was merely noting some restrictions on abortions are permitted under the law. But the real kerfuffle was over the idea that a person can exist in America without any rights — or that fetuses are people at all.

The International Planned Parenthood Federation cautions activists to avoid the “p” word. It’s not a person until it’s born or, as (former) Sen. Barbara Boxer (D-Calif.) once suggested, until you bring it home from the hospital. Until then, it’s a fetus or “uterine contents.” Planned Parenthood advises that activists don’t say “abort a child,” preferring “terminate a pregnancy” or some such.

Anyway, it was hardly a big controversy — more like a Twitter dust-up. That’s probably why the writers of the hit CBS sitcom “The Big Bang Theory” missed it.

One of the characters, Bernadette, recently got pregnant. In the episode that aired April 7 (2016), Bernadette, her husband Howard and their friend Rajesh use a home ultrasound kit. When they hear the unborn baby’s heartbeat, Rajesh exclaims, “You guys made a person!”

Howard replies, “We did!”

This highlights a phenomenon I’ve written a lot about: On some issues, Hollywood can be downright right-wing. From the value of guns in “The Walking Dead” to the honor of police in countless dramas to the importance of family in most sitcoms, there’s a lot more conservatism, broadly understood, on TV than conservatives or liberals ever notice.

And so it is with abortion. With the exception of “Maude,” an awful left-wing 1970s TV show (along with some “edgy” HBO series), there have been no major sitcoms in which a character has had an abortion.

Why? One reason is abortions aren’t funny. There’s no reason to write a storyline in which a character gets pregnant only to decide later not to have a baby. That’s not a punch line, it’s a tragedy. Even the very liberal Mindy Kaling, star and producer of “The Mindy Project,” says the show won’t touch the issue of abortion — and Kaling plays a gynecologist!

Maybe you could write a funny scene where a woman goes to the doctor to get a mammogram or deals with some other aspect of “women’s health.” I don’t know. But you can’t write a knee-slapper about a woman deliberately terminating an unborn person’s life.

Sometimes the pregnant character agonizes about her choice (and occasionally there’s a miscarriage), but the moment Rachel from “Friends” or Murphy Brown or Bernadette chooses to keep it, the “it” stops being an it, and becomes a he or she. 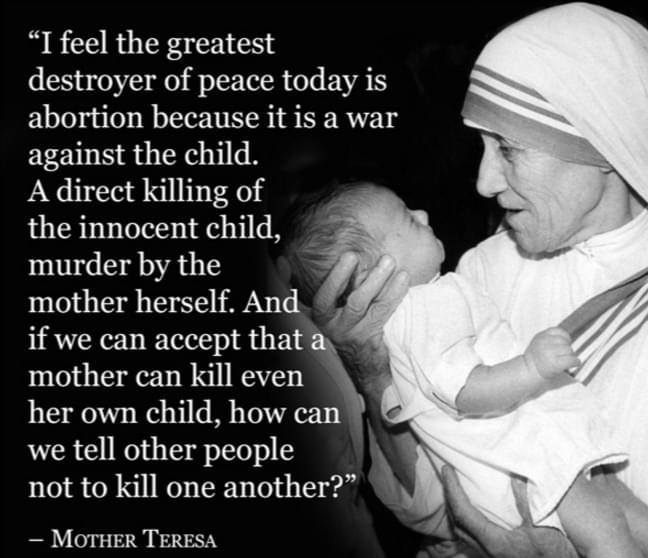 Emotionally, that’s how it works for many, perhaps most, people. When a woman wants to keep her baby, it becomes a baby long before it’s born. No father speaks to a belly full of “uterine contents,” and no mother thumbs through a book of baby names for a fetus she is going to dispose of anyway.

That’s how a lot of public policy works, too. Under federal law and many state laws, if you murder a pregnant woman, you can be charged with two homicides.

The White House (Obama Administration) is asking for a lot of money to fight the Zika virus. “I think Democrats and Republicans in Congress are interested in making sure that pregnant women and unborn children in this country can be properly protected,” White House press secretary Josh Earnest said in February.

Unborn children? Yes, both parties want to protect unborn children from disease-carrying mosquitoes. But that bipartisanship falls apart when it comes to Planned Parenthood.

This emotional parsing is understandable. The problem is that emotion isn’t the best foundation for law. In the past, emotion led lots of Americans to think blacks weren’t persons either.

Logic, science and, finally, moral reasoning said otherwise. If over here an unborn child is a person but over there it isn’t, and the only thing distinguishing the two is someone’s feelings, we’ve got a problem. And it’s not just a problem of language.