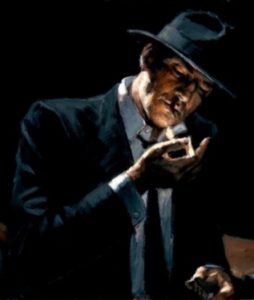 May 17, 2009 – Like an old Blues song, this column should open with the proverbial line, “I woke up this morning…”

Shortly after I began my ‘career’ in broadcasting in 1995, I met a man, who I would interview on numerous occasions, and who over the years, would converse with me due to a common-connection: We were both Veterans of the Rumble in the Jungle – the Police Action known as Viet Nam.

In an age, when the political stage is filled with near-do-wells, queer-do-wells, and well-funded perpetual dilatants, who occupy offices of influence, Ted Sampley spent many years exposing these ‘heroes’ for what they truly are – cowards. Two of the biggest weak-suck jerks to have ever worn the uniform of the U.S. Military, eventually went on to run for the Presidency of of the united States: Johns, McCain and Kerry.

I received an email this morning my friend David, out St. Joe way, informing me of Ted’s passing on May 12, 2009 – just days ago, but there was much more to this Brother in Arms, than met the eye.

Within his community of Kinston, North Carolina, he was known as the go-to guy, for whatever was needed – no matter which side of the political fence one would lean. Ted was instrumental in the revitalization of Hertage Street and the downtown area, while the City Fathers and ‘Mutha’ wanted to let it stagnate and die. Hmmmmm, wonder which of their friends, they had it earmarked for??? 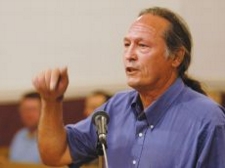 Ted Sampley: A Lion for All Time

Ted was always there with a helping hand, for whomever was in need and it was his heart that many of his friends will never forget, and it was that heart, that finally gave out on him.

The National Stage
Sampley served several tours of duty in Vietnam in the U.S. Army and won four Bronze Stars, the Army Commendation Medal and the Vietnamese Cross of Gallantry, among other honors. He was honorably discharged during 1973.

His work with prisoner of war and missing in action groups didn’t start in earnest until 1983, when he led groups demanding that the United States put pressure on Vietnam to release POWs or explain what happened to them. 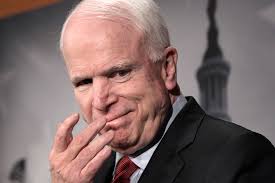 Conservative talk-show host Rush Limbaugh mentioned Sampley on his national radio broadcast in 2004 for an incident with Kerry when the senator from Massachusetts allegedly gave Sampley a vulgar finger gesture in front of school children at the Vietnam War Memorial in Washington, D.C. Sampley also helped create the Web site “Vietnam Veterans against John McCain.”

He swore on a stack of Bibles that we still had men missing in Vietnam – and this was proven to be true more times than not  but there have been those ‘Manchurians’ in high office, who have blocked every effort to bring them home, yet Ted never gave up the fight.

He touched many additional lives on the national landscape with his activism for the POW/MIA Issue. Without offending anyone else, Ted was our strongest and most outspoken warrior. He was not only the voice of those who were unaccounted for, he was, in many cases, the voice of those families who had no idea how to get their message out into the public or to Capitol Hill. Ted was our Messenger. 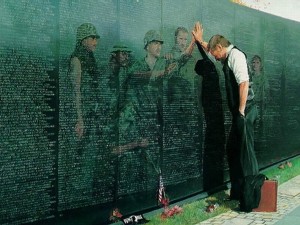 Knowing that McCain was ‘my’ Senator from Arizona (the man, WikiAnswers refers to as: “26 years of nothing but incompetence“.), and that Ted and I shared a common experience ‘in country’ – we hit it off quickly, as our conversations and on-air interviews shared stories of the REAL Manchurian Candidate. Ted introduced me to those – still alive at the time, who had shared real estate with McCain during those years at the Hanoi Hilton. Well, THEY didn’t share the same type of treatment as the former Presidential Wannabe – they had been downgraded to sub-Admiralty quarters, treatment and care. And years later, when our ‘hero’ (McChurian) was back in the World, he ran for National office on his ‘record’ – only to be instrumental in denying services to Veterans (in later years), but also for having helped ‘normalize’ relations with his former captors.

More than any military general or well-decorated soldier, Ted Sampley will receive one of the greatest military honors when he arrives in Heaven as he was the warrior’s warrior. I know that there will be thousands standing proudly at attention when the name of Theodore Lane Sampley is announced by St. Peter. Ted fought in the names of thousands of families just like ours and we are all forever in his debt.

In an age, where the likes of Kerry and McCain, have brought us the likes of the Great Pretender from Kenya, this Nation has lost a true hero.

You have the answers now Ted. You can now, finally, rest in peace.

We miss you and will never ever be able to replace you.

In loving memory of a Lion in Heaven…

~ the Author ~
A veteran of Viet Nam, student of history (both American and film), Jeffrey Bennett has broadcast for over 24 years years as host of various programs and has been considered the voice of reason on the alternative media – providing a unique and distinctive broadcast style, including topics such as health and wellness, news, financial well-being, political satire (with a twist), education and editorial commentary on current events through the teaching of history. In addition, he is the CEO of Kettle Moraine, Ltd.

NOTE: Some of the information above, came from a column and comments posted at Kinston.com