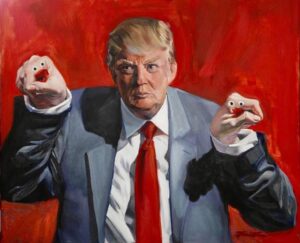 “I look at life from Both Sides Now!” ~ Judy Collins

I’m not posting this for debate. I don’t need any comments. Just please consider this… when the President is a jerk…

The bottom line has been that Trump is a jerk. He’s crude, he bloviates, he gets his feelings hurt and he’s a hot head.

The questions he asks aren’t cloaked in fancy phrases, they are “why the hell….” questions.

He’s the guy that asks why we aren’t using drugs that might work on people that are dying; what the hell do we have to lose? In spite of all the naysayers. He’s the guy that shut down travel from China, when the liberals and the media were screaming xenophobia and racist. He’s the guy that ran on securing the border in the face of a screaming press and media. When he shut down borders in the midst of the coronavirus virus they were up in arms over such a draconian move. Then the rest of the world followed suit all over, including the European Union between member countries.

Has he made mistakes, yep. Everyone I know would have. All of these experts wouldn’t have done any better. Trump is working harder than I’ve ever seen a President work. He isn’t hiding in his office, he’s out front every day.

Take for instance, all the shortages of PPE’s and ventilators. I’m unaware of anything that prevented all of these governors from ordering all the PPE and ventilators for emergency purposes over the last two years. And yet, it is Trump’s fault that they didn’t.

He’s balanced his approach and listened to the experts, when his distractors said he wouldn’t and couldn’t.

When he offers hope, he’s lying and when he’s straight forward, he should be hopeful.

It’s a no win, but he is not deterred by all of that BS coming from the press and the liberals.

I’ll take this kind of leadership over a nice guy that can make eloquent speeches.