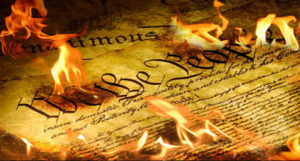 That “goddamned piece of paper” – again

“Three days after the attacks of September 11th, 2001 The Federal Observer, in conjunction with Armed Females of America posted the petition, which would ultimately lead to victory to restore a commercial airline pilot’s right to be armed in defense of his aircraft, his crew and ultimately – his passengers. Three hundred and fifty-nine days after our modern “Day of Infamy”, this second leg of our battle for America has been won – now onto the President’s desk. In less than one year – with the work, which we had begun – we have witnessed victory with the help, efforts and assistance of the Airline Pilots Security Alliance – an organization, which did not exist until after our petition came along.” (from It’s a Good Day to Die, September 7, 2002)

After the September 11 attacks, commercial airline pilots were allowed to carry guns if they completed a federal-safety program. No longer would unarmed pilots be defenseless as remorseless hijackers seized control of aircraft and rammed them into buildings. The Federal Observer is proud to have played a major role in that accomplishment.

The Obama administration this past week diverted some $2 million from the pilot training program to hire more supervisory staff, who will engage in field inspections of pilots.

This looks like completely unnecessary harassment of the pilots. The 12,000 Federal Flight Deck Officers, the pilots who have been approved to carry guns, are reported to have the best behavior of any federal law enforcement agency. There are no cases where any of them has improperly brandished or used a gun. There are just a few cases where officers have improperly used their IDs.

Fewer than one percent of the officers have any administrative actions brought against them and, we are told, virtually all of those cases “are trumped up.”

Take a case against one flight officer who had visited the Virginia Department of Motor Vehicles within the last few weeks. While there, the pilot noticed that federal law enforcement officers can, with the approval of a superior, obtain a license plate that cannot be traced, a key safety feature for law enforcement personnel. So the pilot asked if, as a member of the federal program, he was eligible. The DMV staffer checked and said “No!” The next day administrative actions were brought against the pilot for ‘misrepresenting himself.’ These are the kinds of cases that President Obama wants to investigate.

Pilots cannot openly speak about the changing policies for fear of retaliation from the Transportation Security Administration. Pilots who act in any way that causes a ‘loss of confidence’ in the armed pilot program risk criminal prosecution as well as their removal from the program. Despite these threats, pilots in the Federal Flight Deck Officers program have raised real concerns in multiple interviews.

Arming pilots after Sept. 11 was nothing new. Until the early 1960s, American commercial passenger pilots on any flight carrying U.S. mail were required to carry handguns. Indeed, U.S. pilots were still allowed to carry guns until as recently as 1987. There are no records that any of these pilots (either military or commercial) ever causing any significant problems.

Screening of airplane passengers is hardly perfect. While armed marshals are helpful, the program covers less than 3 percent of the flights out of Washington D.C.’s three airports and even fewer across the country. Sky marshals are costly and quit more often than other law-enforcement officers. 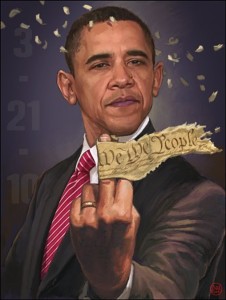 Armed pilots are a cost-effective backup layer of security. Terrorists can only enter the cockpit through one narrow entrance, and armed pilots have some time to prepare themselves as hijackers penetrate the strengthened cockpit doors. With pilots, we have people who are willing to take on the burden of protecting the planes for free. About 70 percent of the pilots at major American carriers have military backgrounds.

Frankly, as a matter of pure politics, we cannot understand what the administration is thinking. Nearly 40 House Democrats are in districts were the NRA is more popular than House Speaker Nancy Pelosi. We can’t find any independent poll in which the public is demanding that pilots disarm. Why does this move make sense?

Only anti-gun extremists and terrorist recruits are worried about armed pilots. So why is the Obama administration catering to this tiny lobby at the expense of public safety?

News story of this page originally posted on the Washington Times, March 17, 2009.

And so now, we have a pretender to the throne of D.C, who has through word and deed, spent his short political career attacking the Constitution of the United States – chiefly the 2nd Amendment of the Bill of Rights – and through the stroke of a pen (“kinda cool!”), this usurper does as he damn well pleases with a nearly seven year old law. If he can eradicate one, which is that recent, can he erase the 22nd Amendment? The 13th? The 1st? How about the entire “goddamned piece of paper!“?