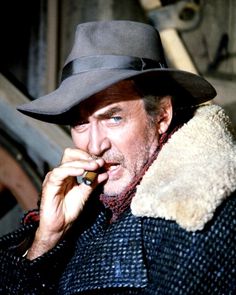 February 1, 2009 – During these past eight years or so, I have watched the unraveling of our once great Republic – signified by the words of our former President, George W. Bush, who is reported to have referenced the Constitution as, “just a goddamned piece of paper.”

Well Mr. Bush, maybe it now is damned. It is because of the weakness of your leadership and policies, which has brought us the likes of “the One” and the caliber of people, who have come to Washington with him – in addition to those who so numbly believe that this modern-day “Moses‘ can deliver us from the bondage, which this nation has been has so blindly been sucked in to. This ‘unraveling’ has been coming at us in the form of a runaway train – and I see not the light at the end of the tunnel.

There’s a train a comin’

You don’t need no baggage,

You just get on board.

All you need is faith,

To hear the diesels hummin’

You don’t need no ticket,

(You just thank the Lord)”

People Get Ready by Curtis Mayfield

The year is 1863. Wealthy Virginia landowner Charlie Anderson, a man of peace despite his autocratic behavior, steadfastly refuses to take sides in the Civil War. Bit by bit, Stewart’s isolationism – and his way of living – is torn apart. Anderson’s daughter falls in love with Confederate officer, and his youngest son is captured by the Union Army and accused of being a spy, but is rescued from immediate execution by his childhood friend, an ex-slave. While on a search for his ‘Boy’ (as he calls him) Anderson’s farm is commandeered by Northern invaders, and another son, and his wife, are murdered by looters. His oldest son, is accidentally killed. 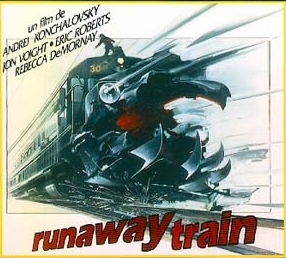 Earlier this week, as I continued work on the web-site, the question of a header image came up, as I felt that what came with the basic package with our new look – just did not make a statement. The old site, was represented by an ever-watchful eagle – the symbol of America – on the left, and a vertically hanging, but somewhat tattered flag on the right side of the page. With the revitalized look – I wanted something more dramatic.

I hear the train a comin’; it’s rollin’ ’round the bend,

As we selected the image of a burned-out destroyed Washington, DC for our banner, I was reminded of a scene in James Stewart’s 1965 film, Shenandoah. While searching for ‘Boy,’ the family inquired of a Northern officer, as to whether they could search the train full of captured Confederate soldiers and seek the lad, who, if I remember correctly, was only about 14 or 15. The officer told Charlie Anderson (Stewart’s character) that he had no time as he had a schedule to keep. Undaunted, the Anderson clan, rode away quietly – down the line – and built a huge bonfire on the tracks – and waited for the oncoming train – much as we seem to be waiting today.

The bon-fire brought the train to a halt, and when the officer inquired as to why, he was told, “I have a schedule to keep.” Members of the Anderson clan held the meager guard at gunpoint, while one of them began to open the box-cars – looking for the captured youth – thereby setting free, hundreds of hungry, worn-out boys from the South. As Charlie realized that his son was not among the prisoners, he began to gather his family to continue the search – and then – a familiar face – that of his son-in-law – portrayed by Doug McClure – an officer in the service of the Confederacy. It was a welcome, but better-sweet reunion – but it left one task to complete – what to do with the train – the train, which had transported so many to the filthy, vile death-traps in the North, known as prisons.

When asked by men, who had served in his command, McClure told them, “Burn it! Burn the train!“

We can ill-afford to wait much longer, for in the words of the singer Oleander, we’re “Caught beneath the wheels of a runaway train.”

There are times in one’s life, that, as in the words of Thomas Jefferson, “The tree of liberty must be refreshed from time to time with the blood of patriots and tyrants.”

If one needs significant explanation to the meaning of all, which has been stated above, then you are part of the problem and I demand that you get the hell out of my way – I have a job to do!

Burn it! Burn the train!