The following is a brief commentary by noted columnist and writer, Justin O. Smith in response to a post I made on Facebook in the early morning hours of General Lee’s birthday. As most are aware – the North has once again invaded Virginia. ~ Ed. 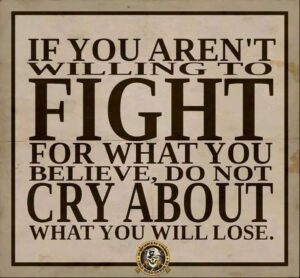 I’ve been seeing all these reports too. We know what this is and so too does every other law abiding American conservative.

Let them stir the situation up as much as they want. If conservatives play it smart and stand in blocks of people they know, with other blocks of like-minded, once they arrive, they should be the only ones intimidating anyone — not because they are intending to intimidate anyone. If they will stick to their guns and go armed … no pun intended … they will make one hell of a statement by that alone. And I imagine the police will be reluctant to actually draw their weapons and fire first.

But, there could be a very real possibility of some miscreant paid agent firing a few shots into the air in the middle of the crowd to act as the spark to create a free for all gun battle between conservatives and gun control advocates, or someone might even shoot into the conservative side.

There’s just no telling what will happen, but no one going there should let that trouble them, not if they really believe in what they’re doing and if they understand the importance of what they are doing. We can’t run our lives from a position of “what might happen”. All we can do is show up with only good intentions aimed at correcting a wrong against us. If the other side plays foul, then all bets are off.

There’s a time and place to say please and thank you, and then there are other times when all one can do is roll in the muck with the SOB’s and bash their heads in ….. their bad deed started this. Their choice on how it ends.

This would be a good time to send a strong and clear message around the country that Americans won’t stand for any gun control, state or federal, not in Virginia, not in Tennessee, not in Arizona, not in any of the 50 states of this “union”.