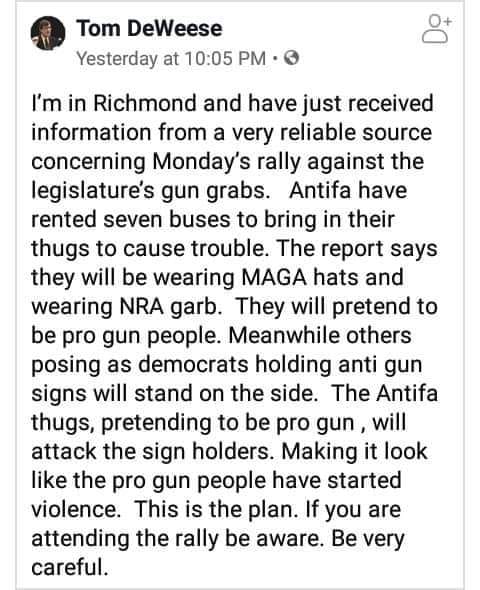 The TYRANT Northam is the bad agent here, along with the Democratic Majority. If they are really so vile and evil as to go to such an egregious length of action, as to further exacerbate a bad situation, that’s on them.

They are violating our rights. What would these canaries in the mine have us do. Forever submit? When is the right or wrong time to make a stand for a righteous cause?

For me, one stands as soon as tyranny starts.

The Leftist Democratic Party communists want a war? Let them fire the first shots And Then LET’S GIVE IT TO THEM.

I’m sick to death from witnessing these anti-American pieces of walking shit tearing my country asunder and spoiling everything good and decent this nation was built upon. I am sick of seeing them offer “compromise” that is so filled with self-serving evil for their side that it is no compromise whatsoever.

These people no longer operate within the Constitution or even on anything remotely associated with our Founding Principles. 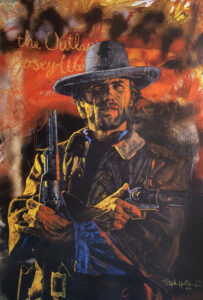 Before I see them take this country down into a system of serfdom whereby the people are subjugated under an authoritarian socialist regime, that grants privilege to the select few rather than protecting and defending the people’s God-Given Rights, I will pick up a rifle and do my utmost to force them to leave this nation or stay here permanently in their graves … their choice.

But one of Us needs relief, and at this point, I don’t particularly give a good damn which leaves this earth first. If they keep on this illiberal, anti-freedom, anti-American tract in Virginia and other leftist regions of the country, we’d be far better off deciding in the right here and now, whether or not this country is going to devolve into a Third World Banana republic and a totalitarian regime or rise again into a Truly Free Republic that respects and defends the people’s rights; and should they keep successfully suppressing those rights and utilize government forces to do so, i.e. federal law enforcement and the National Guard, as they have threatened, I intend to leave the dead carcasses of the Red, Radical Democratic Party Communist Rat Bastards stacked ten feet high and ten feet deep all about me in all directions for as far as the eye can see, in order that our children and their children’s children may live free.

This is MY War that I fight, ’til the forces of Liberty emerge victorious or ’til I thrash to and fro in my last dying gasps, taken down by a damn Commie bullet – so help me God.