Actress shunned for role in ‘Birth of a Nation’ 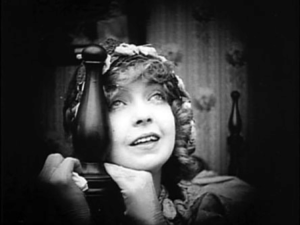 BOWLING GREEN – Some are calling for changing the name of the Bowling Green State University Gish Film Theater because of Lillian Gish’s starring role in the 1915 D.W. Griffith film “Birth of a Nation” and its racist portrayal of African-Americans.

“We have to do the right thing and we have to ground what we do in our values,” said College of Arts and Sciences Dean Raymond Craig.

Issues with the theater name emerged soon after installation of the new Gish Film Theater signage in the Bowen-Thompson Student Union during the first week of February.

Craig said that at the time of its release, “Birth of a Nation” led to a revitalization of the Ku Klux Klan, playing on controversial images that glorified the KKK to increase ticket sales. Eight states refused to allow the showing of the film because there were instances of race riots and the violence associated with it.

“When we are dealing with issues of harassment or discrimination, or any of those sorts of things, we focus on the impact as opposed to the intent. While there was no intent to cause this sort of pain for the students by moving the Gish to the new location, the impact has been a negative impact and the university has to do something about that,” Craig said.

Ralph Wolfe, distinguished professor emeritus of English and Gish Professor of Film Studies, said that Lillian Gish’s role as a nurse in the film was not relevant to the sections on the Ku Klux Klan.

“While she was in it, her role had nothing to do with slavery. I’m surprised that it has come up after more than 40 years,” Wolfe said. “The Klan is in it, but that part of the movie did not pertain to her performance.”

He added that when there were public showings of the film during her lifetime, Gish would decline invitations to attend. The Gish Film Theater has never shown the movie, Wolfe said.

The Gish Film Theater was located at Hanna Hall for 42 years and named in honor of both Lillian and her sister Dorothy Gish, who were actresses born in Ohio. Lillian’s debut was in Risingsun. 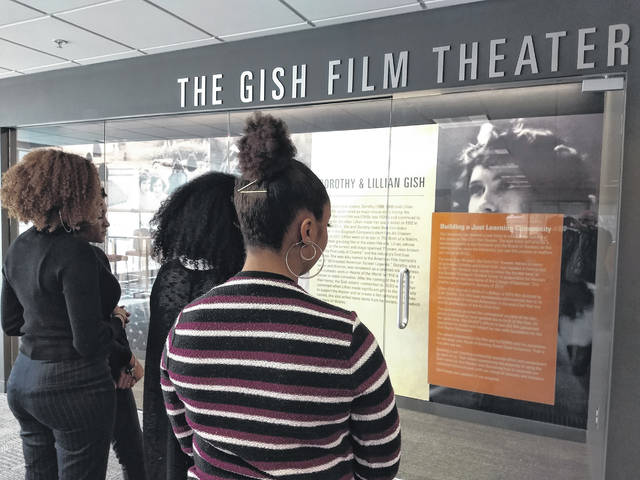 Students attending the Black Issues Conference are shown standing outside the Gish Film Theater. They are reading the sign posted last week entitled “Building a Just Learning Community,” which addressed the theater naming.

“The Gish really created a film culture at BGSU,” Craig said of the theater. “It brought faculty and students together across a wide number of programs and the Gish was really a representative of all that film culture coming together and students used the space to show their films, so it really was about the space, and not Lillian Gish and certainly not about that film.

“Moving it has brought to the surface the racist legacy of that film.”

With the changing of Hanna Hall to the new School of Business, the theater was moved to room 206 of the Bowen-Thompson Student Union. This is a large lecture hall that has undergone renovations to change it into a theater that can show films.

Craig said that the new location on the second floor of the union receives more traffic from students than it did in Hanna Hall, which has helped bring the connection between Gish and the film to more people.

“The issue of the film, and mentioning the film, with the history of the Gish, has caused a fair amount of pain and hurt for students who look at the history of racism in this country. They look at that moment as being a problematic moment, in 1915,” Craig said.

A message about the connection between Gish and the movie went out on Twitter on Feb. 10 from a Black Student Union member.

Discussions between the BGSU administration and the Black Student Union began Feb. 12.

An additional sign was posted at the entrance of the theater Feb. 20 with a statement from the administration outlining issues, processes and goals going forward in “Building a Just Learning Community.”

That was followed by a letter to students, faculty and staff from BGSU President Rodney Rogers.

“I can unequivocally affirm that the values and the views expressed in the film do not align with those of Bowling Green State University,” Rogers stated. “I believe we should embrace the ideals of what we expect of our strong learning community — one that has evolved, grown together and intentionally chooses every day to be better. In these tough circumstances, we are called to engage in dialogue, reflect and work to understand the historical complexities of this naming.”

As noted on the sign and in a statement to the media, Rogers has appointed Craig to lead a task force of students, faculty, staff and other university stakeholders to explore the issue and deliver a recommendation.

Task force members are expected to be named this week, with a final recommendation expected before the next board of trustees meeting in May.

“The whole purpose behind having the town hall was to get the concerns of the students out there in an environment that was not altered by having the administration (present),” said Kyron Smith, president of the Black Student Union. “We wanted an environment where students could say what they wanted to say.”

Smith has not seen “Birth of a Nation” in its entirety.

“I’ve seen clips of it. I don’t really wish to watch the whole movie, I guess you could understand that,” he said.

Smith said that what he had seen was “stunning.”

He also noted that while last week’s meeting was supposed to be just students, some professors showed up.

“I’m glad they did. They had some really good things to say,” Smith said. “We had a lot of people interested in joining the task force. It was good to have that type of energy. It was right and it will make a difference.”

Smith said that the Black Student Union has been able to play a role in the formation of that task force.

“As far as the results, we just want whatever recommendation is presented to the board of trustees to reflect the interests of the students of color at the campus and the students that are offended or affected by it, whatever that may be,” Smith said.

He added that they are not necessarily pushing for a name change.

The debate about the theater name was also brought up during the Black Issues Conference on Friday, with workshops, panels and discussions held at the Bowen-Thompson Student Union. 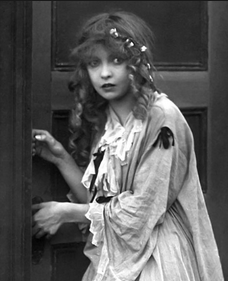 Amber Childs, a junior at BGSU, read the new sign posted at the theater after attending the workshop session “Do I Even Belong Here? A Personal Reflection of Racial Events at the University of Mississippi.”

She compared the Gish association with removal of Civil War statues in the south.

Written by Roger LaPointe for the Urbana Daily Citizen ~ March 4, 2019