Can we as a society reduce the “need” for abortion? 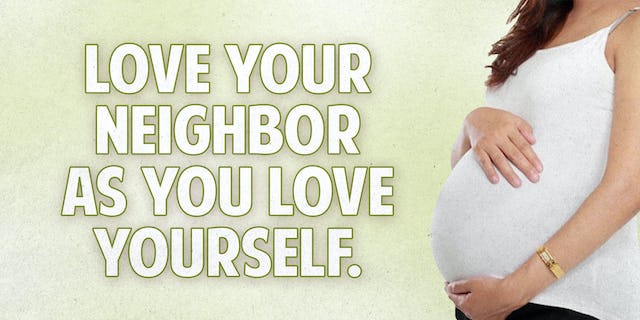 What might have to occur in the U.S. to reach a point in which abortion would not be “needed” in the framework in which it’s currently available and so profitable today? The arguments have been presented before the Supreme Court. Conservatives are hoping, praying, and working toward overturning Roe v. Wade, which impacts the availability of abortion on demand in America. But from a broader cultural standpoint, how would it be that abortion just wasn’t needed, regardless of the availability?

The Cleveland Clinic’s timeline of gestational development at 14 week shows a preborn baby has his or her eyelids, eyebrows, eyelashes, nails, and hair. Bone has already been replacing cartilage. The brain, heart, lungs, thyroid, intestines, pancreas, and other organs are developed into their functioning form. Teeth and bones become denser, and the preborn child can even suck his or her thumb, yawn, stretch, and make faces. However, a heartbeat is detectable as early as five and a half weeks gestation.

A “clump of cells” does not have a beating heart, yet the U.S. joins only five other countries permitting abortion throughout all nine months of pregnancy: China, North Korea, Vietnam, Canada, and South Korea, according to a recent publication of data by the Family Research Council. This current data show that abortion is illegal or is restricted to the very rare case of the life of the mother in 77 countries. Only three European nations permit abortion after 15 weeks of gestation of the preborn child.

In the Pacific Rim nations, population control has been the issue, along with the dire economic limitations of governments that are communist or socialist in governance. But in Canada and the U.S., the blame rests on the devaluing of family through various agendas. In these two North American nations, the main reasons for the termination of the life of a child are that the pregnancy is unplanned or unwanted because of inconvenient timing.

As we hope and pray for the possible overturning of Roe v. Wade, we can’t help but wonder: What if the truth wasn’t relative to life itself, and the choice was not to terminate a life but to cherish it? What if the value of both men and women was appreciated and two-parent homes valued? What if, because of more two-parent families, poverty was drastically diminished? What if life was valued across racial designation? And what if the 97% of Millennials who obtained at least a high school degree got a full-time job and tied the knot before having children to avoid financial and emotional distress?

Even though abortion is a procedure that, regardless of method, terminates the life of a preborn child, the U.S. promotes widespread acceptance by framing it as a healthcare benefit. Ignoring the science around the anatomical development of a preborn child, women are led to believe that what grows inside them is a clump of cells rather than a rapidly forming baby. Feminist irrationality, ease of divorce, and the Democrat agenda of using abortion as a political platform are also to blame for abortion becoming so common in an advanced and wealthy nation.

The rate of abortion will remain high so long as the value of the two-parent family, regardless of race, religion, or socioeconomics, is culturally diminished. Both the Woke crowd with their virtue-signal hatred for males and the hyper-religious who have stereotyped views of gender roles work together to break down respect and stability in marriages. Along with holding up traditional family structure, the faith community must take a robust role in assisting mothers to make the difficult choice of carrying their children to birth, whether they parent or choose adoption. Christian men must mentor, older families must encourage, and churches must speak up and speak out for the unborn who cannot speak for themselves.

The first recorded induced abortion was in 1550 BC in Egypt and can perhaps be excused by the ignorance of those times. However, we now can see the sweet baby in the womb, know that whole families are happier families, and are aware that women can be mothers and great social leaders at the same time. We wait with prayerful hearts to see whether our nation will wake up and follow this progress by deciding that all life — both in and out of the womb — matters. Even more importantly, we await the day when abortion isn’t needed or wanted by citizens of our great nation.

Written by Robin Smith for The Patriot Post ~ December 6, 2021